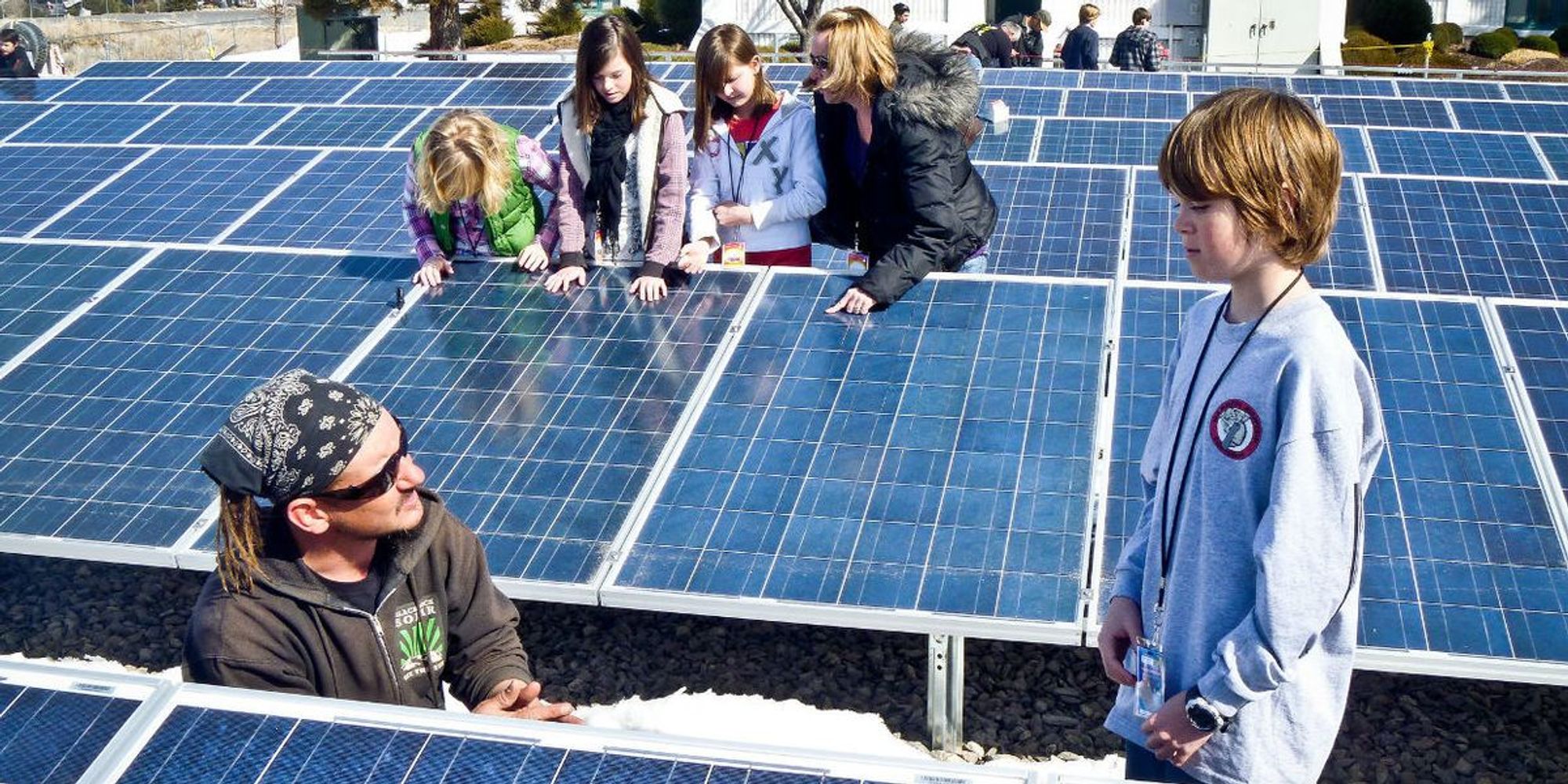 Small-scale clean energy and low carbon technologies—such as solar panels, smart appliances and electric bicycles—are more likely to push society toward meeting climate goals than large-scale technologies, according to a new study from a team of international researchers.

The findings, published today in Science, suggest governments and investors around the world should prioritize small-scale, low carbon technologies in policy design and research development in order to reduce emissions responsible for climate change in a more efficient and just way.

For years, scientists have issued stark warnings that, without drastic cuts to greenhouse gas emissions, we will further warm the planet and increasingly experience “substantial” consequences—wildfires, droughts, flooding, coral reef die-offs, food shortages. A groundbreaking 2018 study from the Intergovernmental Panel on Climate Change found that the planet is on a trajectory to warm by as much as 2.7-degrees Fahrenheit (compared to pre-industrial temperatures) by 2040.

The message from climate scientists has been clear and consistent—we have to act fast.

In the new study, researchers examined how to best attack the problem with available technologies. They collected information on a wide assortment of energy technologies and examined their viability to help push countries toward meeting international climate change goals, defined in the study as needing to cut greenhouse gas emissions in half within the next decade and to net-zero by 2050.

They tested how well each technology performed in cost, innovation, accessibility, social return, equality of access, investment risk and other characteristics.

They found the granular options “can help drive faster and fairer progress towards climate targets,” said lead author Charlie Wilson, a researcher at the Tyndall Centre for Climate Change Research at the University of East Anglia, in a statement.

“Big new infrastructure costing billions is not the best way to accelerate decarbonization,” Wilson said. “Governments, firms, investors, and citizens should instead prioritize smaller-scale solutions, which deploy faster. This means directing funding, policies, incentives, and opportunities for experimentation away from the few big and towards the many small.”

They cautioned that small-scale technology is not always the answer—for example, there are no alternatives for planes or industrial plants.

“Smaller scale innovations are not a panacea,” said co-author Nuno Bento, a researcher at the University Institute of Lisbon, in a statement.

However, these smaller technologies are, in general, quicker to get to market and less complex. This accessibility means more jobs—which makes them an easier sell for policymakers crafting climate change plans.

“But larger scale technologies and infrastructures absorb large shares of available public resources without delivering the rapid decarbonization we need.”