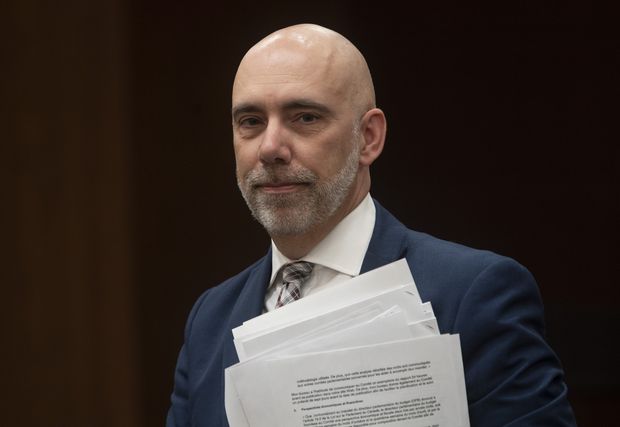 Canada’s parliamentary budget officer says Ottawa will have to pay up to $2.9-billion in compensation to First Nations children and families torn apart by an underfunded child-welfare system – half the amount estimated by the federal government.

Yves Giroux says his office estimates between 19,000 and 65,100 people would be eligible for compensation awarded by the Canadian Human Rights Tribunal ruling last fall. The tribunal found the federal government “wilfully and recklessly” discriminated against Indigenous children living on reserves by not properly funding child and family services for them.

Using Giroux’s estimates, Ottawa would have to pay compensation in the range of $900-million to $2.9-billion.

The tribunal ordered Ottawa to pay $40,000 to every First Nations child who was inappropriately taken away from their parents after 2006, and to their parents and grandparents.

The government has agreed its actions were discriminatory and has said compensation will be paid, but Ottawa is still challenging the ruling.

In its legal filings, the federal Indigenous Services department estimated last October that satisfying the order could cost the federal government up to $7.9-billion.

NDP MP Charlie Angus asked the budget office to do an independent analysis to determine whether that figure held water.

In the report released Thursday, budget officer Giroux says Indigenous Services Canada provided information saying it expects 125,600 people are eligible for compensation totalling $5.4-billion – down from the amount quoted in its legal arguments to the tribunal but still much higher than the estimates from the PBO.

The difference lies in the number of people expected to receive compensation. The PBO tallied fewer people as eligible mainly because it assumes children taken from their parents and placed within their extended families or communities are not eligible for compensation, as in the parameters set out in the tribunal’s ruling, Giroux says in the report.

The federal interpretation of the tribunal’s ruling is broader and included more children, parents and grandparents in its estimates.

Despite its legal challenges, Ottawa has said it will pay compensation, but wants those payments to come through a settlement in a separate but related class-action lawsuit filed in early 2019, which is seeking $6-billion in damages for Indigenous children. That case could cover all victims going back to 1991. The government’s lawyers argued in court that the tribunal’s compensation plan doesn’t allow for this because its order only includes victims and their families since 2006.

A second, similar class action has also been filed by the Assembly of First Nations.

But the PBO says Canada “cannot void the (tribunal’s) order simply by settling a class action.” Giroux also notes there could be significant barriers to a successful settlement in a class action due to the wide-ranging experiences of individual children and families in different provinces at different times. This could result in fewer families receiving compensation, the PBO says.

In addition, after looking at other Indigenous settlement regimes including the Sixties Scoop and residential school settlements, the PBO estimates compensation for each child through a class-action settlement in this case would not necessarily be more than the $40,000 awarded by the tribunal.

Cindy Blackstock, executive director of the First Nations Child and Family Caring Society, which filed the human-rights complaint close to 13 years ago, says the findings in this report support what advocates like her have been arguing for years.

“It really defeats Canada’s idea that this is way too complicated to be able to do,” Blackstock said.

Work is ongoing between the parties involved in the tribunal decision to come to an agreement on how to proceed, but those discussions are confidential. Meanwhile, the federal government is still pursuing a judicial review of the tribunal’s decision. SOURCE