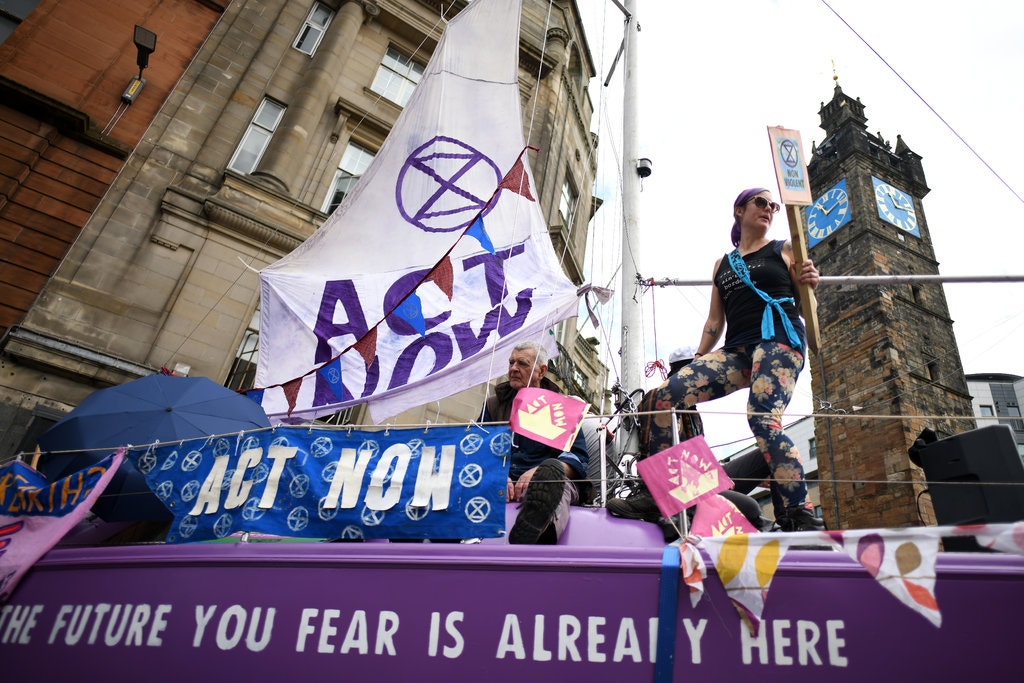 Climate activists protesting in July in Glasgow, where this year’s United Nations climate talks would have been held. Credit…Jeff J. Mitchell/Getty Images

This year’s United Nations-sponsored climate talks, widely regarded as the most important climate meeting of the past four years, were postponed on Wednesday because of the coronavirus pandemic.

The session, known as the Conference of Parties, had been scheduled to take place in Glasgow for a week and a half in mid-November. It was postponed to 2021, the world body’s climate agency and the host government, Britain, confirmed late Wednesday.

“In light of the ongoing, worldwide effects of Covid-19, holding an ambitious, inclusive COP26 in November 2020 is no longer possible,” the British government said in a statement.

The conference venue in Glasgow, an arena where tens of thousands of delegates from around the world were to have gathered, is being turned into a field hospital for people with Covid-19, the disease caused by the virus. Covid patients are also being housed in the convention center in Madrid where the Conference of Parties took place last December; Spain has one of the world’s largest outbreaks.

The decision to postpone this year’s conference, known as COP26 because it’s the 26th such annual meeting, was made at a virtual meeting of the rotating decision-making board for the conference.

The conference is vital to the world’s ability to avert the worst effects of climate change, including fatal heat waves and flooded coastal cities.

It took more than 20 such conferences for countries to negotiate the landmark 2015 Paris Agreement, pledging to keep global average temperatures from rising well below 2 degrees Celsius, or 3.6 degrees Fahrenheit, compared to preindustrial levels.

Countries have announced voluntary targets to rein in their emissions of greenhouse gases. Even so, emissions are rising and the world as a whole is on track to warm by more than 3 degrees Celsius, on average, an increase that scientists say heightens the likelihood of extreme weather events and sea levels rising to dangerous levels.

The conference scheduled for November was particularly important because the goal was to spur countries to revise and strengthen their targets for greenhouse-gas reductions, as required by the Paris agreement every five years.

Japan was the first of the world’s seven richest countries, the Group of 7, to quietly announce this week its revised target, which was to effectively maintain its original target.

Patricia Espinosa, executive secretary of U.N. Climate Change agency, urged governments to rebuild their economies after the pandemic with climate goals in mind.

“Soon, economies will restart,” she said. “This is a chance for nations to recover better, to include the most vulnerable in those plans, and a chance to shape the 21st century economy in ways that are clean, green, healthy, just, safe and more resilient.”