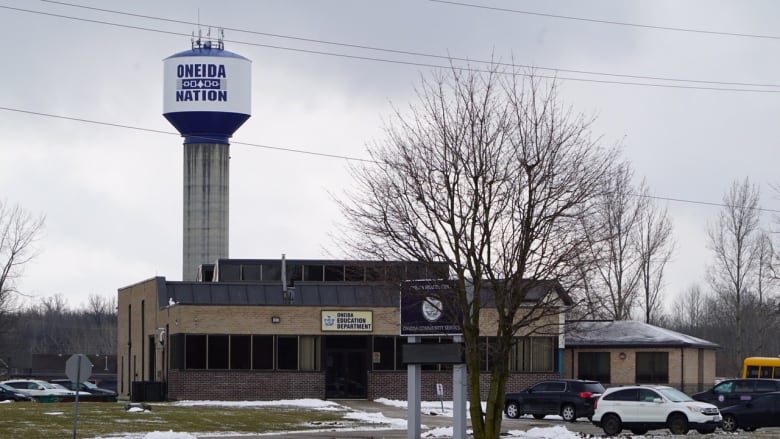 Oneida Nation of the Thames, an Indigenous community of more than 6,800 people, is not the only First Nation to tightening controls to keep COVID-19 from spreading. (Colin Butler/CBC News)

The Oneida Nation of the Thames is setting up road blocks into the territory, allowing only residents and suppliers to enter, starting Sunday at midnight.

Chief Jessica Hill said it is one more way to keep COVID-19 from spreading into the community, located southwest of London, and to help ease residents’ fears.

“We don’t have any cases in Oneida, and we want to keep it that way,” she said by phone Sunday.

She explained there has been a bottleneck of cars entering the territory, not of residents returning home, but of shoppers stocking up on supplies.

“We have a long-term care home, families and kids, and people are worried,” Chief Hill explained.

Leaders in that community had already announced plans to conduct “community checkpoints” to stop non-residents from entering the area. Chief Mark Hill echoed concerns that non-residents were flooding to the First Nation to shop, going so far as to call on smoke shops to close and gas stations to stop selling cigarettes.

Public safety measures are tightening. An emergency order was issued by the province Saturday night prohibiting gatherings of more than five people.

Chief Hill said she is working closely with neighbouring First Nations, Chippewa of the Thames and Munsee Delaware, but so far, she said only Oneida has moved to close its border in this region.

Oneida is also in the process of setting up a hotline for residents to call for information about COVID-19.  SOURCE