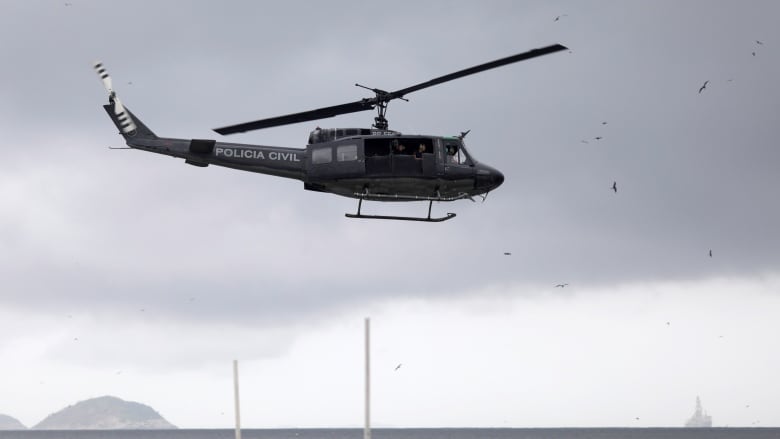 As the Canadian government and the U.S. central bank say they will do whatever it takes to get their economies back on track, some experts are recommending a long-discussed weapon.

Known as helicopter money, the concept was proposed as a thought experiment by Nobel Prize-winning American economist Milton Friedman as an alternative to governments borrowing and spending to stimulate the economy.

With growing fears of a wider economic meltdown caused by the effects of the COVID-19 pandemic, economists are suddenly considering the helicopter option, though the subject remains controversial.

One of the many controversies is over the definition of exactly what helicopter money is and what it is not.

While no actual helicopters are used in the process, the one thing most economists agree on is that it involves the distribution of money into the economy in a way that boosts the spending power of ordinary citizens.

“Let us suppose now that one day a helicopter flies over this community and drops an additional $1,000 in bills from the sky, which is, of course, hastily collected by members of the community,” Friedman famously proposed.

Friedman, who died in 2006, was one of the founders of the Chicago school of economics that tended to oppose government involvement in the workings of the economy.

Usually described as a monetarist because of his belief in monetary policy as a means of adjusting or fine-tuning the economy, Friedman was part of the small government movement that began to mature following his influential paper in 1969. In general, Friedman objected to the fiscal spending championed by Keynesians, who believe that governments should borrow money and spend it on anything from roads to schools to reignite economic growth.

In the helicopter theory’s original form, Friedman saw this distribution of cash in the economy as something to be used when interest rates had gone as low as they could go and the economy was refusing to respond to other kinds of monetary stimulus. He saw it as a one-time measure to return inflation to a healthy level.

As described by Friedman, helicopter money was exclusively a monetary tool used by the central banks, which can create the money out of thin air, just as they do with the money used to buy bonds in quantitative easing. Often called “printing money,” it is the process of creating new currency units, as the Fed promised to do yesterday, and using them to buy existing bonds, thus injecting cash into the economy.

“When the economics community talks about helicopter money, what they really mean is, at the end of the day, the Bank of Canada could print money and simply send it to Canadians,” Craig Alexander, Deloitte Canada’s chief economist, said in an interview last week.

But he says now is not the time for that inflationary boost.

“You might start to entertain distributing money from the central bank to households if there was deflation, but that isn’t where we are in terms of risks yet,” he said.

In the slippery world of economic theory, the definition of helicopter money as solely a tool for generating inflation has expanded beyond what Friedman proposed.

No doubt he turns over in his grave every time someone uses the term modern monetary theory, or MMT, the idea that helicopter money could be used in place of fiscal spending to redistribute wealth and even pay for policies like the proposed Green New Deal in the U.S.

While many economists would object to the wider use of the term, sources as credible as the Financial Times and the Bank of Canada suggest it has become more inclusive.

The FT story with headline, White House warms to showering U.S. with ‘helicopter money,’ points out the Trump administration is seriously considering a cash handout to every American that would expand the national debt.

“We are looking at sending cheques to Americans immediately,” Treasury Secretary Steven Mnuchin said last week. “Americans need cash now, and the president wants to get cash now — and I mean now, in the next two weeks.”

You are the guinea pig

Economists at the Bank of Canada bridge the monetarist and Keynesian perspectives with a fresh report out last month titled: The Power of Helicopter Money Revisited: A New Keynesian Perspective.

A quick glance at the Bank of Canada paper, besides demonstrating that economics is a very different language than most of us use, reveals how much the results of cash injections of this kind remain theoretical.

As University of Ottawa professor Jacqueline Best told me last week, only half in jest, it’s all a big experiment. But, she says, no matter how it is done, there may be a qualitative difference between handing money out to ordinary people or dumping it into bond markets with quantitative easing, where only large corporations can make use of it.

But among those who would entertain the idea of helicopter money, there is one consideration that both central bank theorists and practical politicians must now be thinking about.

While most agree it is crucial to turn on the spending taps immediately to fight COVID-19, and to tide people over with the essentials and to keep the economy from collapsing, the real need for helicopter money may come later.

With so much of the economy shut down and so many people laid off and feeling insecure, until everyone is able to get out of their homes and resume normal lives, a new flood of money might not have the desired effect of sparking a new round of stimulative discretionary spending. SOURCE