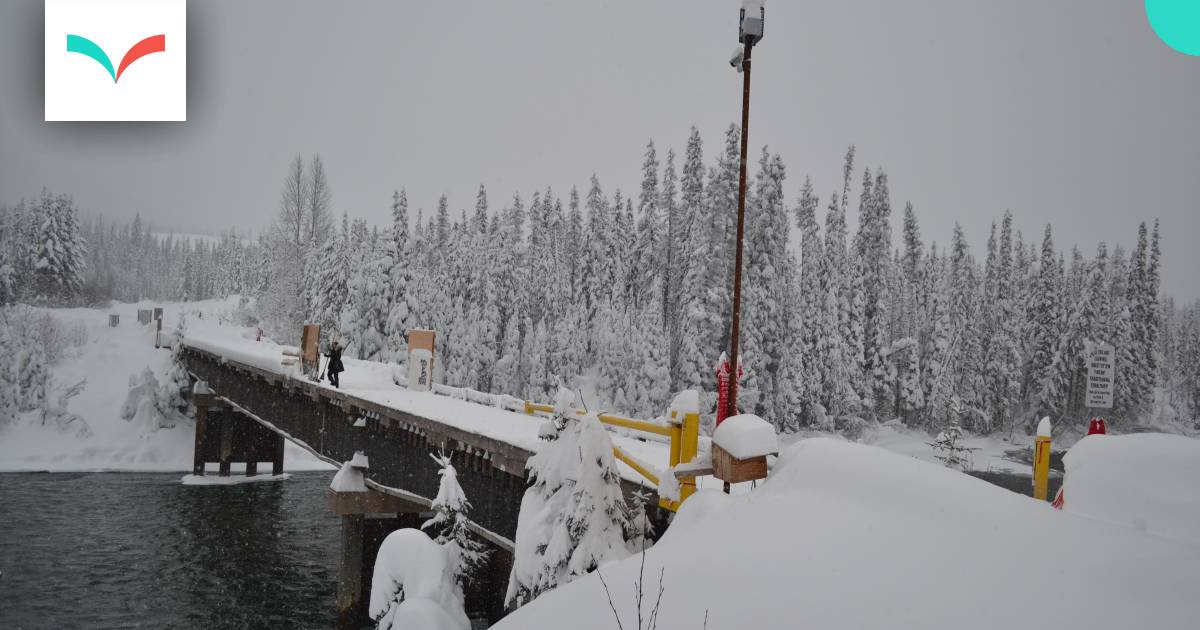 Coastal GasLink’s final Technical Data Report for a pipeline the company plans to build through unceded Wet’suwet’en territory has been rejected by the B.C. Environmental Assessment Office. As a result, work on the pipeline in the area of the Unist’ot’en Healing Centre may be delayed.

“Political leaders nationally and provincially have argued that the rule of law must be respected,” said Dr. Karla Tait, Unist’ot’en house member, in a press release, “yet the RCMP used their discretionary power to arrest and remove us from our territory despite the fact that the report had not been accepted.”

The Narwhal reported on Jan. 30 that Coastal GasLink was missing a key approval from the EAO that could lead to delays for the project.

Those delays could be measured in months, not weeks. The company can resubmit the report in 30 days, after which it will be reevaluated by the EAO to determine if the identified issues have been resolved.

EAO not approving report at this time

In a Feb. 19 letter addressed to Freda Huson, spokesperson for Unist’ot’en (Dark House), EAO executive project director Bernard Achampong writes, “After considering all of the information received during the review of COR2 [the company’s final environmental impact report], the EAO will not be approving the COR2 at this time and has identified specific aspects of the COR2 that will need to be updated or addressed in order to fulfil the requirements of Condition 1.”

Achampong explains that “the EAO agrees that it would be beneficial for CGL to better understand and appropriately address the potential project impacts on the Healing Centre. To that end, the EAO has requested CGL to further engage with Dark House on these issues. The EAO strongly encourages open and constructive dialogue between CGL and Dark House.”

In a letter to Coastal GasLink parent company TC Energy’s Joel Forrest, also dated Feb. 19, Achampong explains that “the EAO has identified specific aspects of COR2 that will need to be updated or addressed in order to fulfil the requirements of Condition 1.”

The company as well as Unist’ot’en and the Office of the Wet’suwet’en, which represents the hereditary chiefs, will now have 30 days to respond to the shortcomings in the report and additional information submitted by both parties. The letters indicate that following this 30-day period, Coastal GasLink may “update and resubmit” the report for approval. It will then be reviewed again by the EAO, a process that could take several weeks or even months.

What is unclear is exactly what work can proceed during this period. The company was working without this report’s approval before, clearing trees and doing preparatory work.

In an email to Ricochet, the B.C. Ministry of Environment and Climate Change Strategy said that “the EAO has not rejected CGL’s report” and is asking the company for more information, including “how the feedback from Indigenous nations has been responded to and addressed.”

“CGL is authorized to conduct pre-construction activities and this may continued during this 30 day period.”

The B.C. government sent another email following publication of this article, again stating that “the EAO has not rejected the report. It has yet to accept the report.”

Coastal GasLink told CBC in a statement that the company hopes to engage Unist’ot’en shortly to address concerns.

‘Very distressing’ to be told to work with Coastal GasLink

“We identified the gaps in CGL’s report months ago, by letters and in person,” said Tait in the press release.

“Had the province intervened to confirm the reports’ shortcomings, they could have prevented the injunction enforcement, sparing us the violent removal from our lands and sparing the country the subsequent economic pressures of solidarity actions. The continued presence of the CGL and the RCMP on our territory is unlawful and this decision by EAO gives the province grounds to call for their immediate evacuation.”

“It is very distressing,” added Tait, “after we’ve faced assault rifles and endured arrests at the beckoning of CGL, to now be advised by EAO to work collaboratively with them to address these gaps. We urge the province to take this opportunity to respect the rule of law and follow the processes laid out to protect both our rights and the environment.”

The revelation of the EAO’s rejection of Coastal GasLink’s report comes on a day in which Prime Minister Justin Trudeau hardened his tone against solidarity actions with the Wet’suwet’en taking place across the country.

“The barricades must now come down. The injunctions must be obeyed and the law must be upheld,” Trudeau stated at a press conference in Ottawa Friday afternoon. “Let me be clear, our resolve to pursue the reconciliation agenda remains as strong as ever.… Canadians want this. But hurting Canadian families from coast to coast to coast does nothing to advance the cause of reconciliation.”

The RCMP is not pulling out

Yesterday Public Safety Minister Bill Blair told reporters that the RCMP had agreed to withdraw from Wet’suwet’en territory, and in doing so had “met the condition” for the solidarity barricades to come down.

In a press conference later Thursday, Molly Wickham, spokesperson for the Gidimt’en clan of the Wet’suwet’en, described Blair’s words as a “media strategy,” and noted no one had actually spoken to the hereditary chiefs before making the announcement.

Instead, the RCMP sent a letter to the Wet’suwet’en offering to patrol the area from the nearby town of Houston, rather than the mobile command post on the logging road at the centre of the dispute, but only if the Wet’suwet’en agreed not to interfere with Coastal GasLink’s access to the area. For their part, the company said they would continue to operate in the area while they sought a “negotiated resolution.”

Media reports today indicate that the RCMP have not withdrawn from the mobile command post and continue to maintain a heavy presence on the road.

Hereditary chiefs meet with the Mohawk people of Tyendinaga

Wet’suwet’en hereditary chiefs were in Ontario today for a meeting with their Mohawk allies from Tyendinaga, whose rail blockade has forced significant rail closures.

In a press release, they noted that far from withdrawing from their territory, the RCMP has increased “harassment” and “surveillance” and “made illegal arrests” in recent days.

The Wet’suwet’en hereditary chiefs reiterated their demand that the RCMP and Coastal GasLink withdraw fully from their territory, in order for discussions to take place “freely” and “without duress,” and committed to enter into nation-to-nation discussions with the governments of Canada and B.C. on their territory once the RCMP and Coastal GasLink have left.

The Mohawk of Tyendinaga noted their willingness to take down their rail blockade, but only once they have confirmed that the RCMP has fully withdrawn from Wet’suwet’en territory. At that time they will negotiate a peaceful exit plan, “as agreed upon by the Mohawks and the Minister of Indigenous Services Canada, Marc Miller.”

“When you ask for the rule of law, then you have to follow it yourself,” added Mohawk spokesperson Kanenhariyo Seth LaFort.

“You cannot remove people from their own lands at the end of a gun. A crime has been committed, and the RCMP are the criminals.” SOURCE