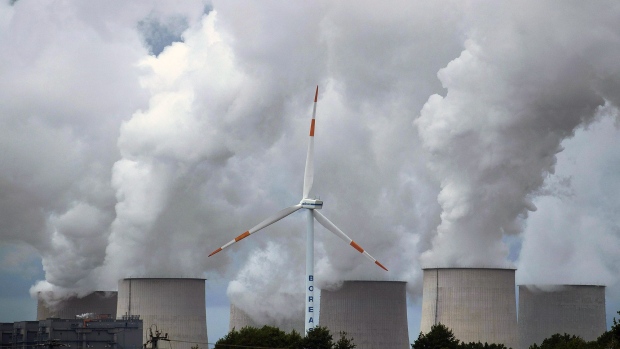 An exchange-traded fund from the New York-based money manager has attracted more than US$600 million this week, despite only starting trading on Friday, data compiled by Bloomberg show. That’s the best debut for any U.S. ETF this year, and a sign BlackRock isn’t the only one that sees climate change as a defining factor in companies’ long-term prospects.

Investing in companies that care about environmental, social and governance issues is finally catching on after years of sluggish growth. While only a small drop in the US$4.5 trillion U.S. ETF market, sustainable funds added more than US$8 billion in 2019 and assets recently topped US$20 billion. BlackRock runs multiple funds that stand to benefit from this shift, and has said that it will look to double sustainable ETF offerings to 150.

“This is likely just the beginning of the wave of money going into ESG ETFs,” said Todd Rosenbluth, CFRA Research’s New York-based director of ETF research. “It will become more mainstream, and as these products gain scale, they’ll hit the radar for the wealth-management market.”

While it’s hard to identify which investor was responsible for the inflow into the iShares ESG MSCI EM Leaders ETF, Finnish pension insurer Ilmarinen poured cash into two similar funds shortly after they began trading last year. The Helsinki-based company had more than US$3 billion invested across the iShares ESG MSCI USA Leaders ETF and the Xtrackers MSCI USA ESG Leaders Equity ETF as of Sept. 30, data compiled by Bloomberg show.

Representatives from BlackRock couldn’t immediately be reached for comment. Anna Hyrske, head of responsible investment at Ilmarinen, declined to say whether the firm was responsible for the flow.

It’s not the only new ESG fund this year. Last week, Direxion started an ETF that allows investors to bet against companies that score low on certain ESG criteria. The strategy shorts the worst offenders, while upping its exposure to those with the best ratings. SOURCE