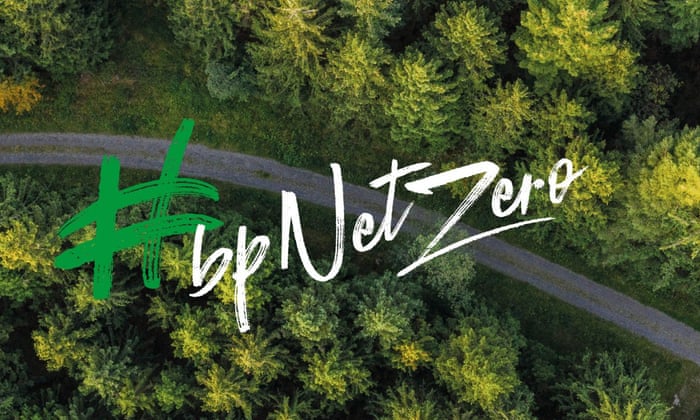 BP will cut the carbon intensity of the oil and gas it sells by 50% by 2050 at the latest. Photograph: BP

BP’s new chief executive has set an ambitious target to shrink the oil firm’s carbon footprint to net zero by 2050 by cutting more greenhouse gas emissions every year than produced by the whole of the UK.

Bernard Looney, who replaced Bob Dudley as chief executive this month, said it was clear that BP needed to change. He said BP would aim to become a net zero company by 2050 or sooner by tackling “all the carbon we get out of the ground as well as all the greenhouse gases we emit from our operations”.

BP is following the lead of other large oil firms by setting a target to reduce its contribution to the climate crisis, which will require the company to remove more than 400m tonnes of carbon emissions a year from its oil and gas business. MORE