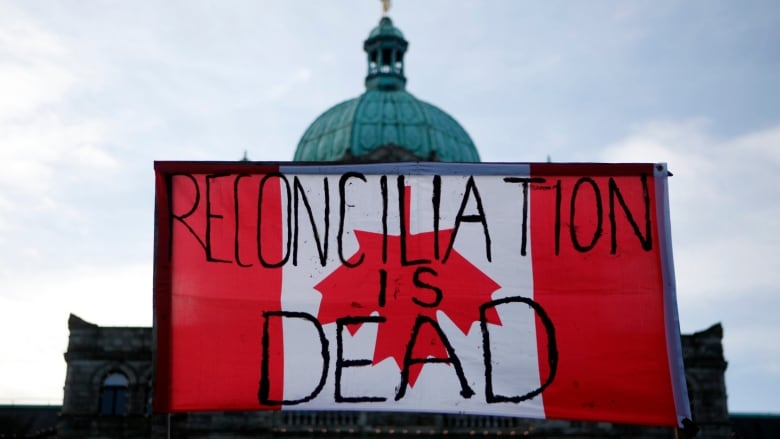 The dispute over the proposed Coastal GasLink pipeline in the B.C. interior is fuelling protests right across the country now — protests that governments seem reluctant to confront even as they spread.

Earlier this month, RCMP officers in the B.C. interior wrapped up their enforcement of a court injunction in unceded Wet’suwet’en territory against the hereditary chiefs and their supporters who have prevented construction workers from getting to a central work site.

Not long after the protesters were arrested, their protests spread far beyond the interior — to the Port of Vancouver, to the B.C. legislature in Victoria, even as far afield as Toronto and Belleville, Ont. The delicate balance authorities are trying to strike over infrastructure projects and Indigenous rights has seldom looked more fragile.

Watch: a driver pushes through an intersection blocked by an anti-pipeline protest in Vancouver

Prime Minister Justin Trudeau takes part in a joint press conference with President of Senegal Macky Sall at the Presidential Palace in Dakar, Senegal on Wednesday, Feb. 12, 2020. (Sean Kilpatrick/The Canadian Press)
At one level, this is a dispute over a single energy project. At another, it’s about who has the right to grant approval to cross traditional territory — whether the will of the majority of band councils or the minority of hereditary chiefs should prevail. And at still another level, it’s a clash between economic interests, Indigenous heritage and the environment.

What happens next with CoastalLink and the Wet’suwet’en will have ripple effects right across the country. More projects will come up for approval soon — starting with the giant Teck Frontier mine in Alberta, which now awaits a final decision from the federal cabinet at the end of the month.

So this is a test case. Underlying it all are two fairly basic questions. Why is this happening? And what’s the right response?

The answer to the first question is less obvious than it seems.

Twenty elected band councils along the Coastal GasLink route were consulted and signed benefit agreements with the company. That group includes five of the six bands in the traditional territory of the Wet’suwet’en.

Hereditary chiefs insist they never approved the project, even though the company made repeated efforts to consult with them. Those chiefs argue the band councils within the territory who support the pipeline have authority only over their individual reserves.

B.C.’s Minister of Indigenous Relations and Reconciliation, Scott Fraser, told CBC’s The Current this week that the divisions among the Wet’suwet’en need to be resolved by them.

“The elected chiefs and councils believe they have responsibility to address the needs of their communities, the people who elected them,” he said in the interview, which aired Wednesday. “That includes getting out of poverty, training, economic opportunity, housing and a whole range of opportunities.”

But the spread of anti-pipeline protests far beyond the B.C. interior — despite the position taken by the elected chiefs, despite the extensive consultations done by the company — is creating a chaotic situation.

This week, demonstrators blocked access to the B.C. Legislature and occupied the offices of federal politicians. Trains have been halted at various points across the country, stranding passengers and cargo. Access to ports on both coasts has been denied.

Some of the demonstrators are Indigenous. Many more are not. Even if their individual reasons for protesting differ, they all share one goal: killing this pipeline by clogging other lines of transport. 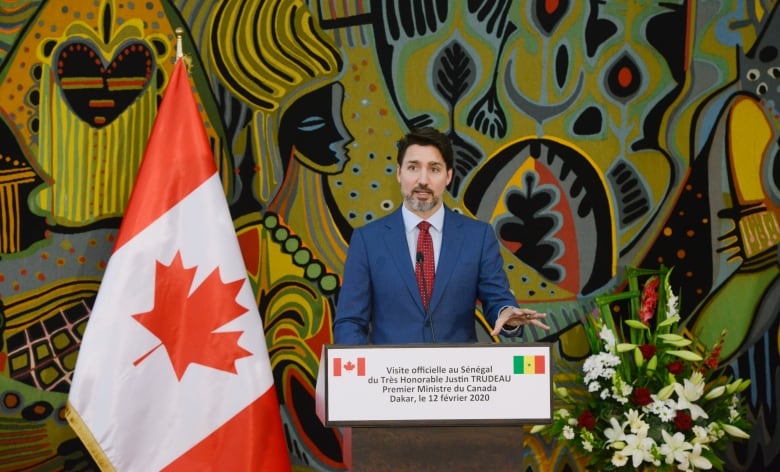 The cost these events inflict on the economy is a straightforward calculation. The cost to the federal government’s reconciliation project — to Prime Minister Justin Trudeau’s argument that economic, environmental and Indigenous interests can and must be accommodated together — is much less clear.

So what does the federal government intend to do? What should it do?

Trudeau pins his hopes on ‘dialogue’

During his trip to Africa this week, Trudeau told journalists that he has kept in regular touch with his cabinet colleagues about the protests.

“We recognize the important democratic right, and we will always defend peaceful protest,” he said Wednesday from Dakar, Senegal. “But we’re also a country of the rule of law and we need to make sure those laws are protected. That’s why I am encouraging all parties to dialogue to resolve this as quickly as possible.”

For the moment, those parties don’t include his own government. The “dialogue” on this file is being handled by provincial governments and police forces.

In Ontario, specially-trained members of the provincial police force have met in recent days with Mohawks on the Tyendinaga reserve where the main Toronto-Ottawa-Montreal rail has been blocked. The head of the Mohawk police force has personally appealed to protesters to go home. No one seems to be listening.

B.C. Premier John Horgan met reporters on Wednesday — a day after protesters tried to prevent his government from delivering its speech from the throne, a day after a major Vancouver intersection was blocked and railroads stopped operating.

“These are extraordinary events,” the premier said, acknowledging the obvious.

“When we try to address the complex issues within the Wet’suwet’en territory … we need to remind ourselves this is not an event, it is a process.

“One hundred and fifty years of colonization will not be eliminated by the passage of a piece of provincial legislation. It will be eliminated by people of good will working together to ensure the prosperity we want for ourselves is shared by everybody.”

Horgan said reconciliation is a path worth pursuing and that his government remains committed to it — even when the destination seems farther away than ever.