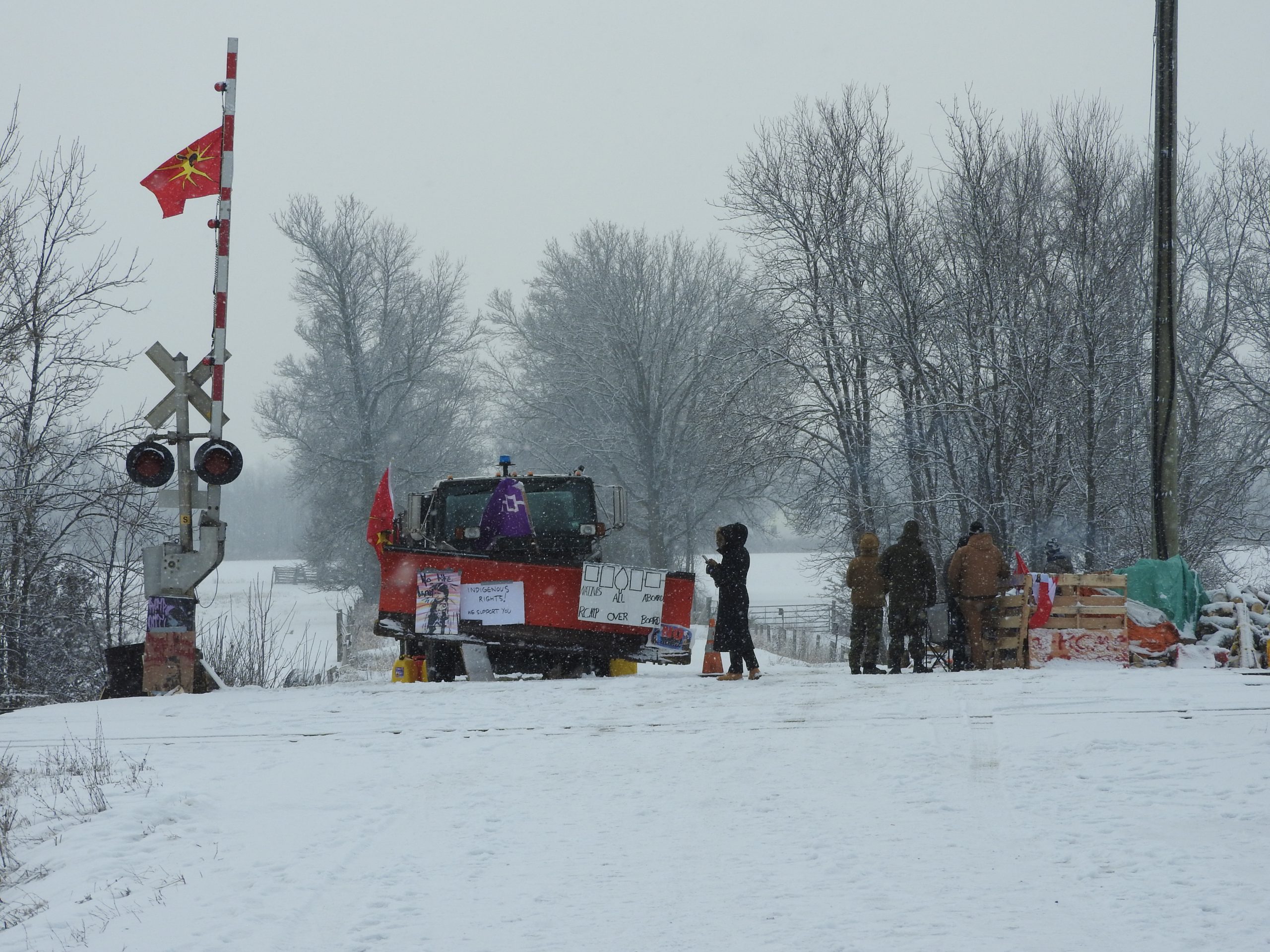 There may be a light at the end of the tunnel when it comes to ending the blockades of CN railway tracks in Tyendinaga.

The Minister of Indigenous Services Marc Miller is asking that they discontinue the blockades. The Minister is requesting a “Polish the Chain” ceremony with the Mohawk people sometime Saturday in an effort at peaceful reconciliation.
Quinte News has learned that a Mohawk Nation meeting has been set for 9:00 am Friday at Council House, which is the Mohawk Community Centre on York Road.
One of those showing solidarity to the demonstrators is from Attawapiskat.  He name is Jocelyn Wabano Iahtail.  She spoke to the media about the situation, not only in Tyendinaga, but in the relationship between First Nations and “colanizers”.
There is a large police presence in the area, and numerous media members, mostly national.
Members of the media were asked to leave the area closely adjacent to the tracks.  Some demonstrators have told Quinte News there is distrust with some outlets covering of the events over the past week.
There are two demonstration sites.  The main one is beside the three CN tracks at Wyman Road.  A dump truck with a plow attached, tents, oil drum fires, a small trailer, and supplies are on the south side of the tracks.  The property on both sides of the tracks is Tyendinaga Township.  The Tyendinaga Mohawk Territory begins about 300 metres to the south of the tracks.  The other demonstration location is at the south side of the tracks, below the bridge on Highway 49.  There is a school bus paint black, along with a tent, fires and supplies.  That demonstration location is on the Tyendinaga Mohawk Territory.
There is nothing physically blocking the tracks, however last Thursday one person indicated to Quinte News that if  a train were to come through the area, they would place the dump truck on the tracks. 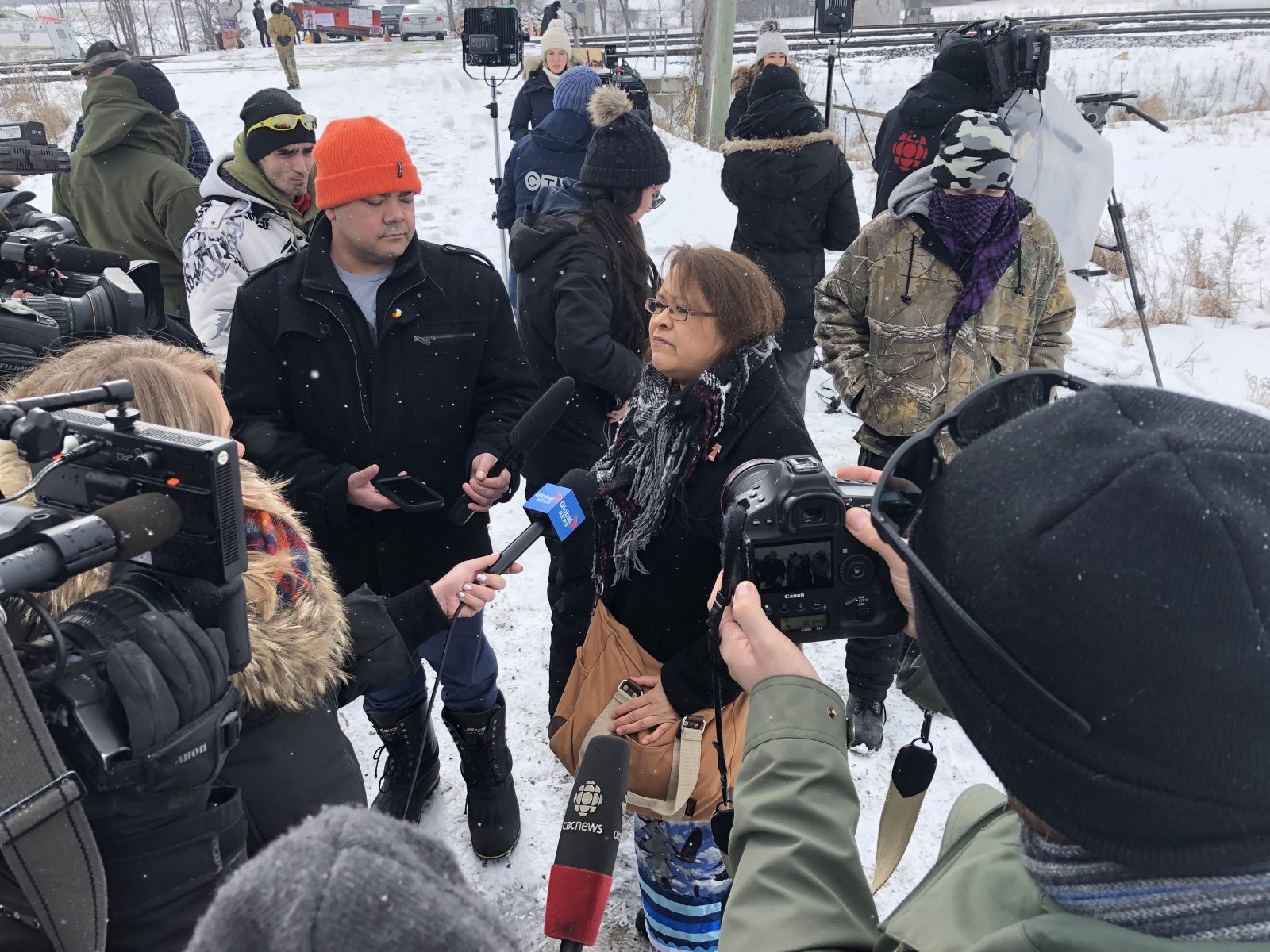