A future based on renewables isn’t some far-off utopia. This northern Finnish community is almost there. 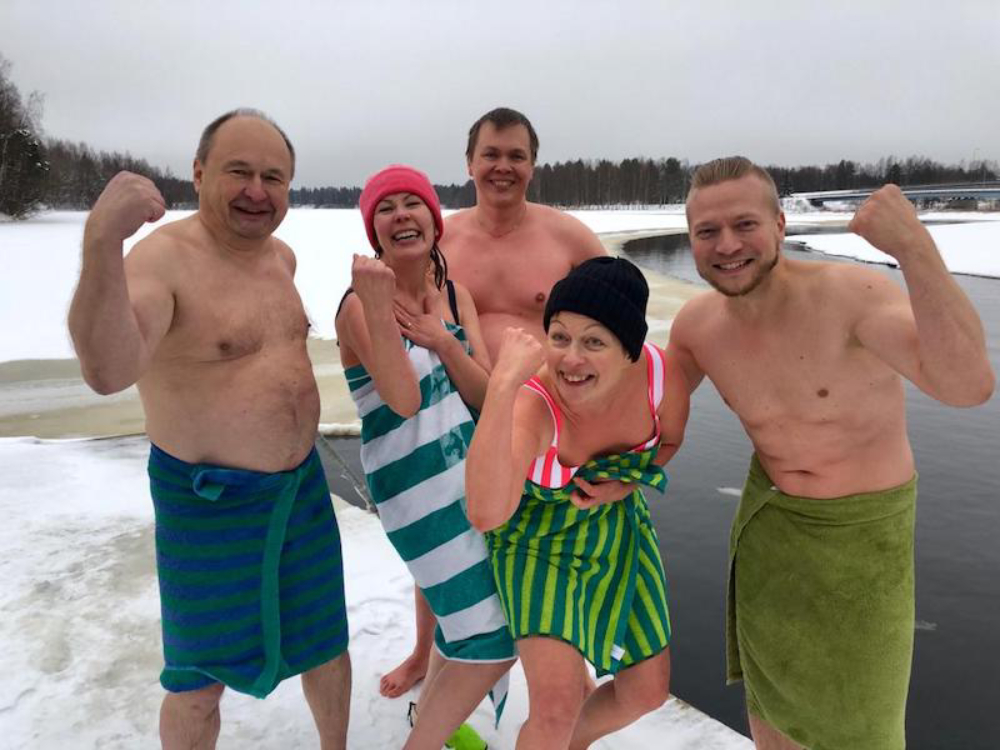 Leena Vuotovesi and her team at Micropolis green energy development company go ice swimming once a week. ‘This makes us feel that we can change the world — and it is so much fun.’ Photo courtesy of Leena Vuotovesi.

he Finnish community of Ii (pronounced ee) is unusual for more than its name. It stands on the Gulf of Bothnia (the northern end of the Baltic Sea) at the mouth of the Iijoki River. The population is 10,000, about that of Quesnel, British Columbia. At 65 degrees 19 minutes north, Ii’s latitude is a little north of Dawson City, Yukon (population 1,400). The nearest big city is Oulu (population 200,000), a 25-minute drive south.

Canadians might blink at towns and cities that big, that far north. But even Helsinki, far to the south, is at 60 degrees north, the latitude of Whitehorse. Nevertheless, the Finns thrive in their northern land, and in Ii they thrive on renewable energy. They also show how, if a town can go green and prosper, a whole country can.

Starting around 2012, Ii decided to take climate change and renewable energy seriously and began adopting measures to move away from fossil fuels.

“We do not use fossil fuels for heating our houses and premises any more in town facilities,” Ii’s Mayor Ari Alatossova told The Tyee in an email. “Instead, we heat by using ground heat pumps, solar panels and wood chips. All the technology and knowledge needed to do that already exist. And it’s profitable compared to oil. Electricity and wood chips are produced by companies located in our town. So it’s also good for the local businesses.”

By 2019, the town had its own development company, Micropolis, had won a European Innovation Politics Award “for Europe’s boldest and most creative climate policy,” and had cut its carbon emissions by 80 per cent between 2007 and 2015. Ii’s success as a green community has also drawn the attention of the BBC.

To try to get a better sense of how Ii runs, The Tyee interviewed Micropolis managing director Leena Vuotovesi by email. Here’s a condensed and edited version: MORE