For wealthy Davos men and women, as well as people from less rarefied air, targeted investing is one way to force change on carbon-emitting companies. 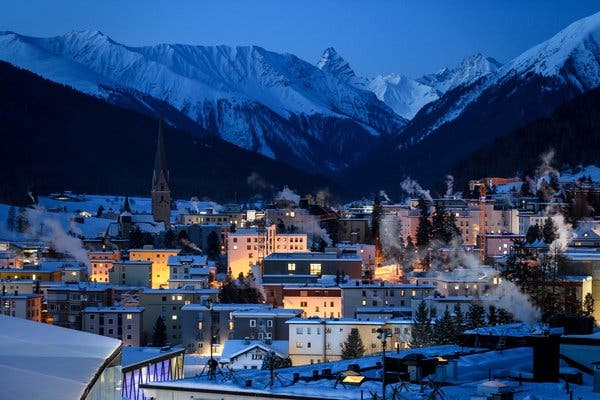 Climate change has been a key theme this week at the World Economic Forum in Davos, Switzerland, with big ideas being bandied about, and big-picture proposals being announced.

A Davos initiative to plant one trillion trees gained the support of President Trump and the United States, a pledge that was met with a rebuke by the young climate activist Greta Thunberg. She said it simply wasn’t enough given the rate at which the earth is warming and forests are being decimated by wildfires.

The winds are shifting. BlackRock, the world’s largest asset manager, has set environmental sustainability as a core goal.

For giant money managers like BlackRock and the wealthy Davos men and women, as well as people from slightly less rarefied air, targeted investing is one direct route to begin to force change on carbon-emitting companies.

A new paper, Hedging Climate Change News, from a group of professors at New York University’s Stern School of Business and Yale’s School of Management concluded that creating the best portfolio to mitigate climate change required investors to put money into green strategies but also into existing, non-green companies.

Some of the investments will have to go into companies with high carbon footprints but a strategy to move toward a more sustainable business model.

“If you think about the question of how do we hedge against climate change risk, it’s natural to think the easiest thing to do is to go long green and short brown companies,” said Stefano Giglio, professor of finance at Yale.

“What we found when we tried to aggregate all the information was the optimal portfolio that hedges climate risk is not a long-short bet on green,” he said. “It’s much more nuanced. You want to go into each industry and look at the firms that are the most and least exposed to climate change.” 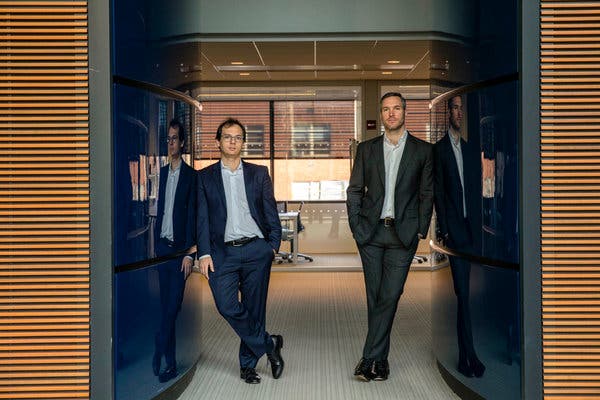 To investors and advisers working with people’s savings, that approach is as nuanced as it is complex.

Some investors with a green focus have been too doctrinaire, which could make this approach challenging, said Rusty Vanneman, chief investment officer of  Orion Advisor Solutions, which manages about $17 billion.

“You could have two people in the same room who agree about the details of climate change investing, but then they start fighting over the nuance,” he said. “Or let’s say the average company has a green score of 50. People don’t want to invest in a company with a score of 55. And they get angry and say, ‘I’m not going to invest if I can’t get 95 or 100.’”

There are, of course, different approaches. Here are a few examples.

The Green Plays. Using funds and making direct investments have long been strategies for people focused purely on companies working to reduce the effects of climate change.

Mr. Vanneman steers such clients to exchange-traded funds, or E.T.F.s, or uses a direct indexin strategy, he said. E.T.F.s are generally inexpensive and allow clients to express a particular view, like investing in water or green energy.

He said one of his firm’s largest green holdings was the iShares Global Clean Energy Fund because it’s a fairly inexpensive way to make energy investments and is large for a green E.T.F., with about $430 million in assets.

One risk, Mr. Vanneman said, is that some of these tailored E.T.F.s are quite small, which could make them more volatile. The firm also likes the Etho Climate Leadership Fund, but it has only $75 million in assets. To counter risks in a small E.T.F., he instructs clients to set the price at which they will buy or sell a given fund.

For wealthier clients, Mr. Vanneman advises a strategy of direct indexing, in which they create a portfolio that mirrors an E.T.F. but with fewer stocks. Owning the individual stocks allows investors to benefit from tax losses that can pad their returns by as much as two percentage points.

Mark Haefele, chief investment officer at UBS Global Wealth Management, said in a phone interview from Davos that his firm had created a special sustainable portfolio for people in its private client group. The strategy had $1 billion in 2018 and has grown to $9 billion today, with some clients putting the bulk of their wealth into it.

“We made a distinction between sustainable investment and impact investment,” Mr. Haefele said. “Impact is a more narrow category — you have a demonstrable social good that is reported out to investors. Sustainable is broader and encompasses more strategies.”

Still, within even UBS, the amount committed to this is small: The firm manages about $2.6 trillion.

The Improvers. A perfect world, of course, isn’t easy to achieve. Plenty of companies will never be totally green, but many are moving toward operating in a more sustainable way.

“The key question is, ‘How does this impact my money?’” said Steve Norcini, senior equity portfolio manager Wilmington Trust and the author of a recent paper on sustainable investing. “We view climate change as one of the many risks that need to be evaluated with a company. We look at carbon emissions per dollar of sale, water usage policy, how much energy usage comes from renewables. It’s all trying to get at how sustainable is this business.”

Doing this, though, means some of the investments may not appear to tick a climate-friendly box.

Mr. Norcini pointed to CMS Energy, which has pledged to shut down all of its coal plants and replace them with up to 50 percent renewable energy by 2040. But right now, it still has coal plants. Another is Total S.A., which he considers among the most progressive oil companies, even if it’s still in the business of pulling oil and gas out of the ground.

“We understand the reality of climate change, but you still need to invest in energy stocks, so why don’t you invest in the most forward-looking company?” he said. “We don’t believe it has to be an overnight change. We believe the economic consequences of cutting carbon too quickly will outweigh the short-term benefit to the environment.”

The Suppliers. Not surprisingly, some investors don’t want to get caught in the transition from old methods to new ones.

Chat Reynders, a co-founder and the chief executive of Reynders, McVeigh Capital Management, which manages about $2 billion, falls into this category. He said his firm was focused on the suppliers that are creating the new materials that existing companies will use to be more climate friendly. It’s shying away from the companies themselves.

“Companies using these products are coming off legacy systems, so you’re funding a transition,” Mr. Reynders said. “Sometimes that’s a bumpy process. I want to be looking at the technology that helps these companies do this work effectively.”

One company is DSM, a Dutch scientific conglomerate. Mr. Reynders said the company manufactured materials that were making cars lighter and stronger; it also makes enzymes that help cattle produce less methane, a greenhouse gas, when they digest their food. Another is Danaher, which makes a system the turns wastewater from sinks and tubs — called gray water — into drinkable water.

“Some of it is understanding what a smart investment is versus a short-term investment or a cosmetic investment,” like scrubbers on coal plants when coal is being phased out, he said. “There are multiple, compounding investments that can be made that are sound and meet a fiduciary requirement but don’t require you to jump into a short-term play.”

He puts solar panels in the latter category, since solar production has become cyclical almost like commodities.

Ultimately, as the climate-change paper found, multiple approaches may be the best way to generate the most positive impact on the planet through investments.

“What we’re trying to construct here,” Professor Giglio said, “is a portfolio that we can use to transfer different risks in the economy and also to channel resources through green investments.” SOURCE