In Quebec, 55% of survey respondents say they oppose TMX 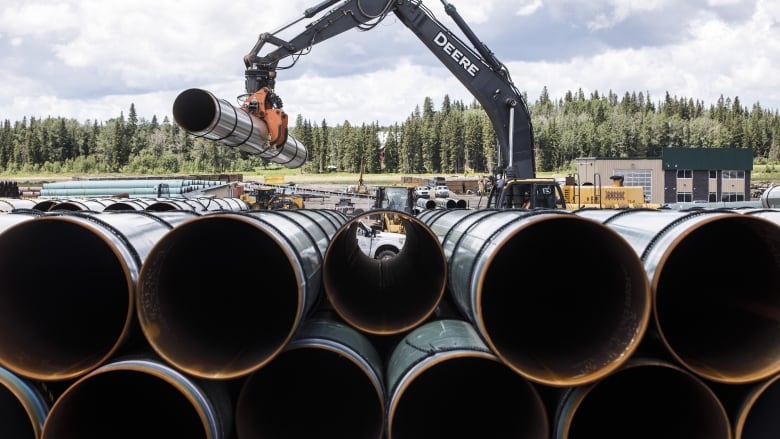 A new poll suggests that an increasing number of Canadians are opposed to the Trans Mountain pipeline expansion.

Shortly after the purchase, support for TMX was 57 per cent, while 26 per cent were opposed. Now, opposition sits at 37 per cent.

A slight majority (55 per cent) of Canadians still profess to support the $7.4-billion project, which would ship 890,000 barrels of crude per day from Alberta to the British Columbia coast.

But in Quebec and Ontario and B.C., public opinion seems to have turned sharply against the pipeline.

“Notably, this hardening of opposition has occurred in regions where the minority Liberal government must lean hardest for support,” the polling firm said in its release.

“In British Columbia, where the provincial NDP government has been opposed to the project since taking power in 2017, support still outweighs opposition. That said, opposition has risen since June of 2018 as construction has begun and court challenges have been heard and resolved.”

Meanwhile, support for the project has been unwavering in Alberta, and people in the other Prairie provinces are increasingly getting behind it.

The poll found that 87 per cent of Albertans want it built, and support is up 17 points in Saskatchewan and 22 points in Manitoba over the past 18 months.

The poll also suggested that Canadians agree by a two-to-one ratio (53 per cent to 27 per cent) that the Supreme Court of Canada was correct in dismissing an appeal from the B.C. government challenging federal jurisdiction of cross-border pipeline content, bringing to an end one of the few remaining legal challenges facing TMX.

Asked to choose between two priorities, 58 per cent of Canadians said protecting the environment is the most important, while 42 per cent said ensuring economic growth should take precedence.

The survey also found that men are overwhelmingly in favour of the project while women under the age of 55 are more likely to oppose TMX.

The poll came as detailed route hearings were set to begin Tuesday for the pipeline expansion project.

They were the first hearings of their kind to be held since the project was reapproved last year.

These are not the kind of hearings that could scuttle the project, he said.

“Now the project is approved, we need to make sure that it’s in the exact, best-possible location that it can be, as well as done the right way,” Stevenson said.

Two hearings were scheduled for today in Spruce Grove, Alta., but the landowners involved in both matters withdrew their statement of opposition, Stevenson said.

A hearing in Edmonton next month will be the last required in the province for the project.

Sixty-eight per cent of the pipeline’s detailed route has been approved so far.

The Angus Reid Institute conducted its survey online from Jan. 21 to 23 among a representative randomized sample of 1,528 Canadian adults who are members of Angus Reid Forum.

For comparison purposes only, a probability sample of this size would carry a margin of error of +/- 2.5 percentage points, 19 times out of 20, the firm said. SOURCE