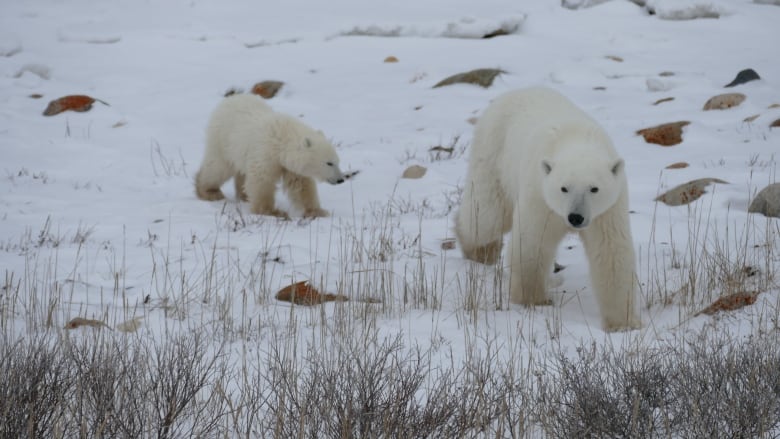 Manitoba Auditor General Norm Ricard said the province’s tourism strategy identifies climate change as a low risk to tourism in the province, despite the fact that polar bears in Churchill, Man., are ‘a centerpiece’ of its marketing. (Cameron MacIntosh/CBC)

Manitoba has set goals to bring more visitors to the province, but isn’t doing enough to achieve those goals, the province’s auditor general says.

Among a variety of tourism issues highlighted by a new report is the fact Manitoba has not considered the risk climate change could pose to one of the province’s biggest money makers.

In the report released on Thursday, Auditor General Norm Ricard said Travel Manitoba, the government agency that oversees tourism in the province, needs to do a better job of assessing risks to the tourism industry — which is the third-largest revenue generator in Manitoba, after agriculture and mining.

Ricard said none of the Crown agency’s three strategic plans considered the risks climate change could pose to tourism in Churchill, Man., a town about 1,000 kilometres northeast of Winnipeg that makes up a large part of the province’s tourism strategy, in part because of its polar bears.

“Churchill is one of the main drivers of tourism to Manitoba and a centrepiece of Travel Manitoba’s marketing,” Ricard said.

“The loss of the polar bear’s environment due to climate change would have a significant impact on tourism. Yet, the plan identifies climate change as a low risk to tourism,” he said, in reference to the province’s tourism strategy.

Ricard said other risks to tourism have also gone underappreciated by Travel Manitoba, like a lack of tourist attractions, the need to update existing attractions with modern features to compete with other destinations, and a shortage of people trained in the service industry — which a spokesperson for the auditor general’s office said is a problem particularly in rural and northern Manitoba.

The report covered an audit of Travel Manitoba’s practices between April 1, 2015 and Aug. 31, 2019, and concluded that the province does not have adequate systems and practices in place to achieve the tourism goals and objectives it has established.

The report also highlighted communication issues, saying the tourism agency should make its reporting and public documentation easy to find without extensive searching.

“[It] is expected that Travel Manitoba do its part in fulfilling the government’s commitment to transparency,” the report read.

The audit also found while Travel Manitoba consulted with the business community for its plans, it did not consult separately with what the report called “key government departments” early on.

“By not having key stakeholders in the provincial government involved earlier in the process, barriers to achievement or other information not previously identified may have been overlooked or omitted,” Ricard said.

The 30-page report sets out four recommendations to bring Travel Manitoba more in line with its goals to promote tourism across Manitoba.