The Rural Municipalities Association recently announced the outstanding tax debt they’re owed by oil and gas companies has doubled, to nearly $175 million in less than a year 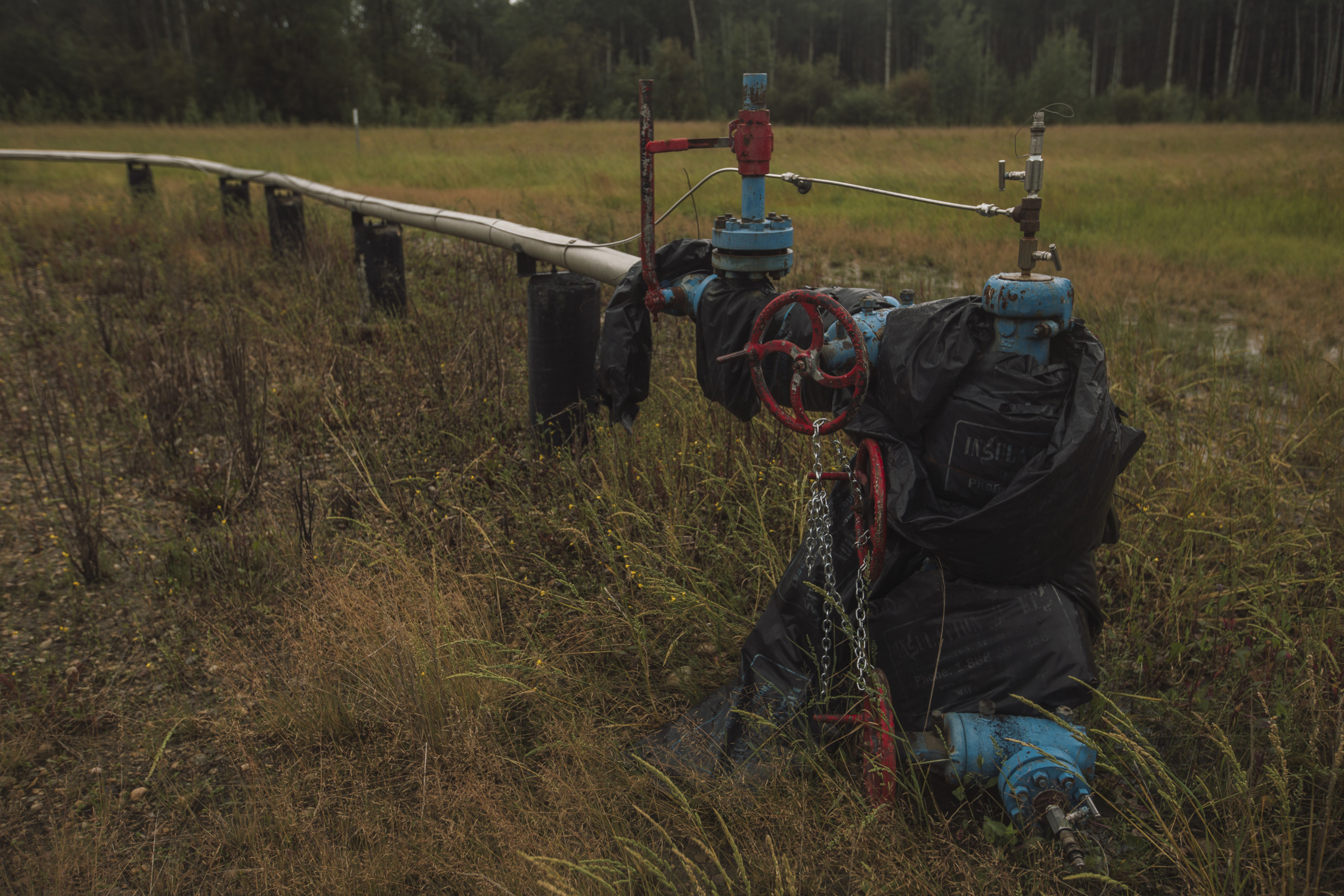 The Rural Municipalities of Alberta — the organization representing Alberta’s rural counties and municipal districts — has announced it’s facing what it calls a “massive increase” in unpaid taxes owed to small rural governments by oil and gas companies.

The amount owed in taxes has more than doubled since last year, to $173 million, according to a recent survey of Rural Municipalities of Alberta members.

This loss of revenue, the Rural Municipalities of Alberta said in a press release, means “many rural municipalities will struggle to remain viable.”

You might be wondering why, and how, oil and gas companies can simply not pay their taxes. After all, the local government will certainly make sure to collect your property tax. And we’re all well aware that the Canada Revenue Agency is keeping tabs on our income tax.

But the situation is a little different with the taxes owed by oil and gas companies to the small communities they operate in.

What kinds of taxes are oil and gas companies supposed to pay to rural communities?

Oil and gas companies are supposed to pay property taxes, not unlike home and landowners, when they install oil and gas infrastructure.

These taxes are assessed based on a model set by the provincial government — and there are rumblings that this model could soon be “updated” (more on that later).

Why aren’t these companies paying?

Though rural municipalities have long voiced empathy for oil and gas companies facing low energy prices, they are increasingly alleging that companies are choosing not to pay their municipal taxes because the companies know there are few consequences.

According to the Rural Municipalities of Alberta, companies are increasingly “unable or unwilling to pay.”

The Canadian Association of Petroleum Producers has previously suggested that rural municipalities “place a disproportionate fiscal burden on industrial property.”

Ron Govenlock, mayor of Woodlands County, told The Narwhal last fall that it’s not reasonable to think that property taxes are the reason companies are struggling.

“There’s a multitude of factors that go into any business in terms of its operational cost,” he said. “So to suggest that it’s the tax burden — that’s been consistent for the past 20 years — that is now going to be targeted as the reason that their profit margin is tighter?”

So, what happens if companies don’t pay these taxes?

Not a whole lot, when it comes to enforcement.

According to the Rural Municipalities of Alberta, local governments “have no ability to take action to recover owed taxes on this type of infrastructure.”

With other types of tax debts, whether from individuals or businesses, counties may seize assets or post them for sale.

The situation gets even trickier if a company declares bankruptcy.

Counties “have little recourse to recover unpaid taxes from companies that have declared bankruptcy,” according to the Rural Municipalities of Alberta, as they are near the bottom of the list of creditors who would receive any leftover funds following insolvency.

How much does this matter to these communities?

A lot. In some cases, rural municipalities rely on tax revenue from oil and gas companies for more than 90 per cent of their annual budgets.

An investigation by The Narwhal last fall found that in at least 20 counties, local governments were relying on these payments for more than half of tax revenue.

Losing that cash flow has led counties to consider cutting back on road maintenance, property tax hikes for residents and hiring freezes.

Others dipped into emergency funds to bridge what they hoped was a temporary shortfall.

Has this happened before?

When the Rural Municipalities of Alberta announced last year that communities across the province were facing an $81-million shortfall in unpaid taxes from oil and gas companies, they labelled it “unprecedented” and noted it was “worsening at an alarming pace.”

Govenlock told The Narwhal last year that the sudden drop in income left his county “blind-sided.”

What’s the provincial government doing about this?

Last summer, the provincial government announced a program that would seek to cut the taxes paid by some gas producers, under their shallow gas relief program.

That program meant eligible companies received a 35 per cent cut on local taxes on shallow gas wells and pipelines for the 2019 tax year.

In turn, local governments received less tax revenue, so the provincial government promised to reduce the amount of another tax, the education tax, that rural municipalities have to pay by the amount forfeited in gas tax.

When it announced the program, the provincial government estimated it would indirectly foot the bill for $20 million in taxes for eligible shallow gas companies.

The program was estimated to only be applicable to about 15 counties, of the approximately 60 spread across the province. An estimated 70,000 wells and pipelines are eligible under the shallow gas relief program.

A campground where workers live year round in Fox Creek, Alta. on July 24, 2018. Photo: Amber Bracken / The Narwhal

“Shallow gas” includes conventional wells, and associated pipelines, that are not drilled deep beneath the surface like many fracked sites.

According to the Government of Alberta, shallow gas wells are “defined as wells less than 1,500 metres in depth, producing only gas … [and draw] from formations that are younger than 98.5 million years.”

“There’s many of these wells but they don’t produce a lot,” Tristan Goodman, president and CEO of the Explorers and Producers Association of Canada, told the Calgary Herald last summer.

At the same time, natural gas prices have been low for some time.

“Some days we are almost giving this product away for free,” associate natural gas minister Dale Nally said last summer. Government officials have said they are concerned shallow gas producers are paying too much in property taxes.

Not everyone agrees, including Rural Municipalities of Alberta president Al Kemmere, who said in a press release that the “taxation model for shallow gas infrastructure is not the cause of” the industry’s challenges.

Did the shallow gas relief program solve the problem?

Not according to the Rural Municipalities of Alberta, which said in a press release that the government’s program “is not solving the problem of unpaid taxes and industry struggles, but is rather providing many companies with 35 per cent forgiveness on their taxes while the rest remain unpaid.”

That program didn’t sit well with the local government officials The Narwhal spoke to last fall, either.

Bruce Beattie, the reeve of Mountain View, told The Narwhal it didn’t seem fair to give a tax break to some companies while still expecting local governments to maintain the same services.

Is the provincial government continuing its support for municipalities?

In 2020, according to the Rural Municipalities of Alberta, “municipalities will no longer receive a corresponding credit, and instead must absorb the 35 per cent loss in assessment on these properties.”

There are indications the Government of Alberta is looking to “update” the way property taxes are assessed for oil and gas companies.

The current assessment model, according to a government publication, “does not reflect the circumstances faced by many shallow gas producers with older, lower productivity assets.”

Essentially, the government appears concerned that companies are being taxed too much, in an environment where they’re reaping less profits from their wells.

This, the government says, “has required the province take action.”

This has led to speculation the government will move to reduce the amount of property tax owed to local governments — at least on some types of wells — meaning counties could find themselves struggling even more.  SOURCE