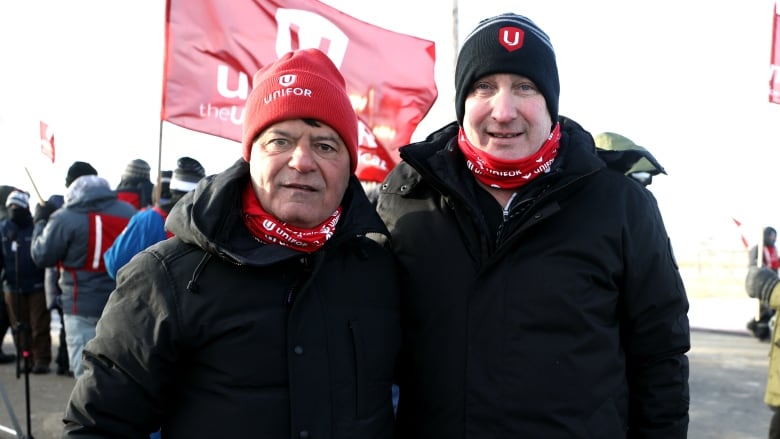 Unifor president Jerry Dias, left, and the union’s lead negotiator Scott Doherty. Dias was taken into custody by police on Monday amid a labour dispute at the Co-op Refinery in Regina. (Heidi Atter/CBC)

Unifor national president Jerry Dias was arrested along with six other members of the union on Monday afternoon amid rising tensions in a dispute with the Co-op Refinery in Regina.

The arrests came after union members set up blockades outside the refinery, contrary to a recent court order.

“Unifor members had completely blocked the entrances/exits to the Co-op Refinery Complex, not allowing vehicles to enter or exit the property,” the Regina Police Service said in a statement.

Dias had said at a media conference that morning that the blockades were set up by members of other Unifor locals. He argued that they therefore did not violate the injunction, which bars members of Local 594 — which represents workers at the refinery — from blocking access to the facility.

“We’ll deal with that in court because our argument today is that we are not violating any injunction at all,” Dias said.

We need thousands more #Unifor members to come to Regina because @reginapolice have decided to side with @CoopFCL https://twitter.com/UniforTheUnion/status/1219393969974579200 … 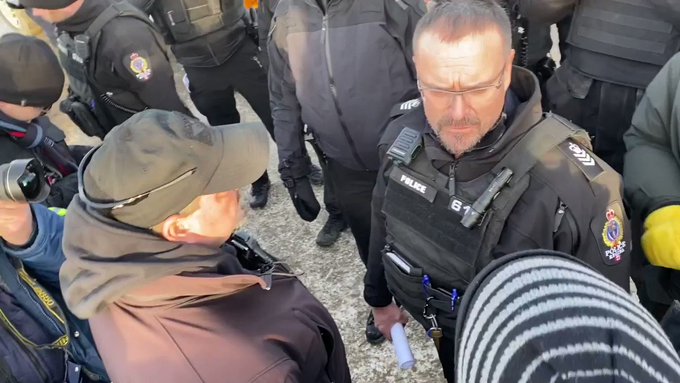 Dias, on Twitter, later accused the police of picking sides, and called for more Unifor members to travel to Regina in solidarity.

Police did not confirm who else was arrested or if any charges were laid.

Monday marked 46 days since Unifor members were locked out.

The blockades were taken down Monday evening.

The dispute mainly comes down to pensions. A previous deal included a defined benefit pension for workers. Now the refinery is moving toward a defined contribution plan.

The union says this amounts to taking away workers’ pensions. The refinery says it is trying to remain competitive.

“We are going to guarantee you that not one fuel truck is going to leave this facility. From now on we’re not going anywhere,” Scott Doherty, Unifor’s lead negotiator and executive assistant to the president, said.

The refinery said in a statement that the blockades were illegal and that it is exploring legal options.

“Unifor continues to use illegal blockades as a bullying tactic and has brought in extra people to help them to it,” the statement said. “Today’s actions by Unifor represent yet another violation of the court injunction.” 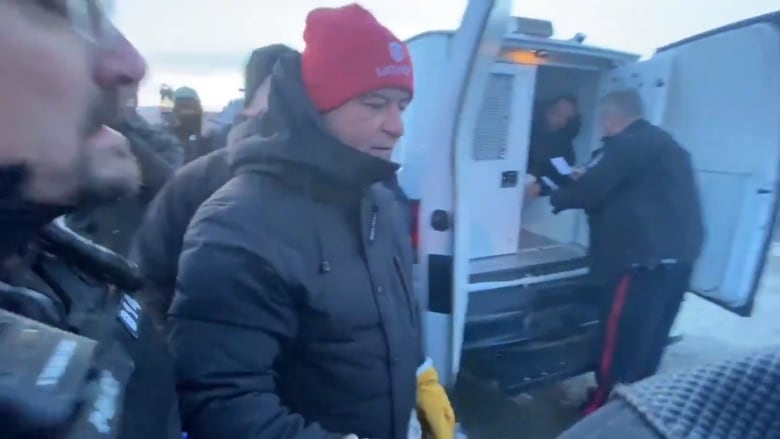 Police took Unifor members into custody after the union constructed blockades at the refinery. (Unifor/Twitter)

Before his arrest, Dias estimated that about 500 people were brought in from across Canada to Regina and said more are expected. Dias said the union also plans to increase the boycott of Co-ops across Western Canada if a deal isn’t made.

“Clearly the only place that this dispute will be resolved will be at the bargaining table,” Dias said.