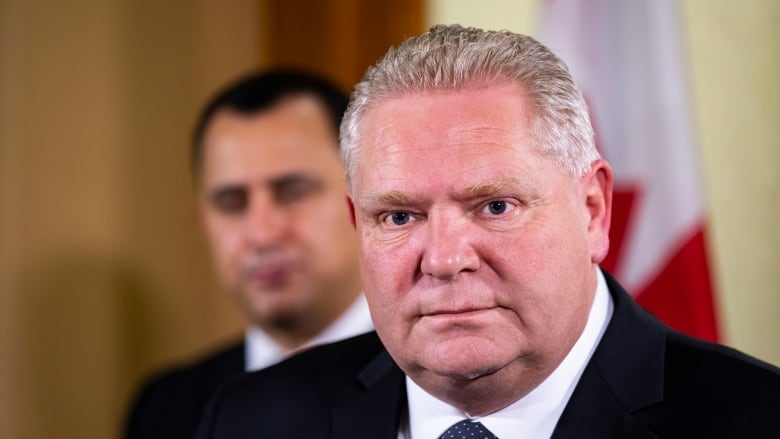 Ontario Premier Doug Ford said his government has made concessions on class sizes, but it will not budge on its salary offer to teachers. (Michael Wilson/CBC)

During a news conference Thursday at Queen’s Park, Ford said union leaders have been stubbornly unwilling to negotiate.

“I think they don’t have good leadership at the head of the unions,” he told reporters, adding that he differentiates between teachers and their union leaders.

All of Ontario’s major teachers’ unions are now in various states of escalated job action, ranging from rotating strikes to work-to-rule campaigns. They are all in legal strike positions.

Unions say the government isn’t negotiating in good faith, nor has it done enough to address their concerns about a wide range of issues including class size, mandatory e-learning and compensation.

Unions have also launched legal challenges over the Ford government’s plan to cap public sector wage increases to one per leadershipcent annually, below the rate of inflation.

Labour disruptions in Ontario classrooms are the fault of the teacher’s union leadership, says premier 4:06

Ford said the unions are primarily concerned about wages, not the proposed changes that would affect learning inside the classroom.

“Make no mistake about it, this is about compensation,” he said.

When asked if the province would consider salary increases above one per cent, Ford flatly responded: “No.”

The president of the Ontario Secondary School Teachers’ Federation said Ford’s comments were an attempt to drive a wedge between union members and their leaders.

“This is a tired old tactic from this premier to try to pretend there’s a division between the membership and the leadership,” Harvey Bischof said. “I challenge him again, if he believes I’m not properly representing the wishes of the members, to exercise his right to have my members vote on their contract proposals.”

Shortly after Ford’s comments, the Elementary Teachers’ Federation of Ontario (ETFO) reiterated its position that members are taking a stand for students.

In a video posted to Twitter, the union pointed to uncertainties over the future of full-day kindergarten and supports for students with special needs as critical issues not being addressed by the province.

Elementary teachers are set to begin rotating strikes on Monday.

‘Way of the future’

Ontario has partially walked back its planned increase to class sizes, but Ford said proposals to introduce mandatory e-learning will remain because “that’s the way of the future.”

Ford said teachers rely on e-learning for their own career development.

“We’re confident we’ll get a deal and things will be back to normal, hopefully sooner than later,” Ford said.

On Wednesday, the government announced it would financially compensate parents with children affected by rotating strikes.

The Ministry of Education says that as of Thursday morning, more than 33,000 people have applied for compensation. If all the teachers’ unions were to strike at the same time, more than one million children would be eligible for a subsidy.

Sam Hammond, president of ETFO, called the move an “insane bribe” meant to win the battle of public opinion.

In the meantime, parents are planning childcare for next week, while some Toronto-area community centres and libraries are running extra camps and drop-in programs to help out.

“It’s stressful,” said Gauthier, who said she’s lucky to have a few child-care options. “I can’t just take time off.”

The Royal Ontario Museum is among other organizations offering camps during the strike next week.

“It seems like there’s a publicity campaign … to turn the parents against the teachers,” she said. 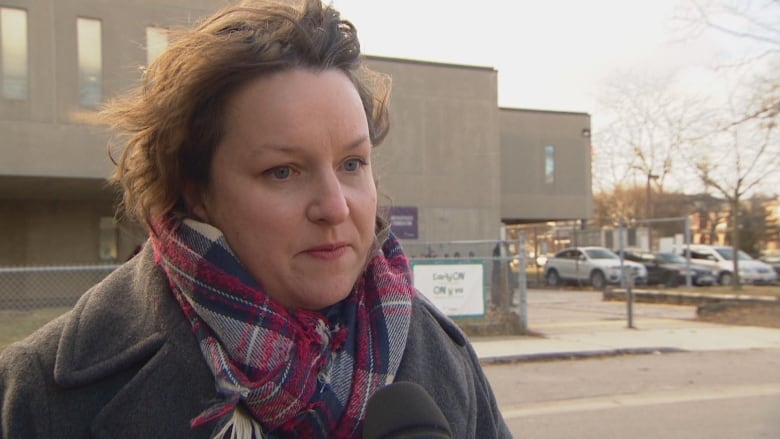 Kristine Gauthier, who has a nine-year-old daughter in the GTA, is planning her childcare options for when rotating strikes begin next week. (CBC)