Bigger and faster emissions reductions are possible if environmentalists and industry work together. 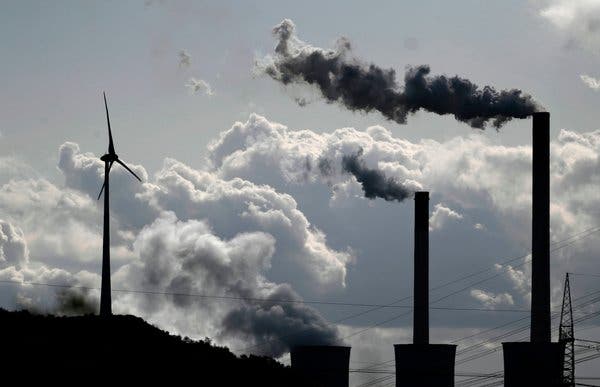 There is a real danger that the climate debate is deteriorating into a game of name-calling, with oil and gas companies all too often portrayed as opponents of climate progress. But polarizing the debate in this fashion will not get us any closer to solving the problem. We can achieve far greater and faster emissions reductions if environmentalists and energy companies work together.

Most oil and gas companies recognize the threat of climate change and want to be part of the solution. As a sign of their seriousness, five of the largest — BP, ConocoPhillips, ExxonMobil, Shell and Total — have joined a broad coalition, convened by the Climate Leadership Council, which I run, in backing a concrete plan to cut carbon dioxide emissions in the United States by half by 2035. These oil and gas companies are not only lending their names to this environmentally ambitious solution; they are putting their money and lobbying muscle behind it.

This marks a turning point for American climate policy and the politics surrounding the issue, because the energy majors are an indispensable part of any successful clean-energy transition. It is important to understand why the industry’s technological, economic and political support is so essential in achieving climate progress.

For starters, oil and gas companies have the scale, research and development budgets, expertise and infrastructures needed to expand low-carbon energy sources like wind, solar, geothermal, biofuels and hydro, and to pioneer new technological breakthroughs. Their research and development budgets are many times larger than those of companies focusing only on renewables, and their venture capital divisions help finance many of the nation’s clean tech start-ups.

For example, 13 of the largest oil and gas companies have joined forces to launch the Oil & Gas Climate Initiative, which has committed $1 billion to an investment fund to finance the development of technologies to reduce their emissions. Several of the companies in this group have invested considerably more on their own in a range of clean tech ventures.
Active participation from the energy majors is also essential in ensuring a smooth transition to a low-carbon future that avoids major supply disruptions or price spikes. The majors cannot — and should not — abandon their core oil and gas business overnight, when nearly 60 percent of current world energy use comes from oil and gas. Nothing would be more harmful in the drive to reduce emissions — or create a faster public backlash — than blackouts, gas station lines or price spikes in electricity and transportation fuels. The public wants a green future, but not one that disrupts their lives or puts their economic well-being at risk.
Oil and gas companies cannot move faster than technology, the market and public policy permit. Markets are driven as much by demand as by supply, and it is not as if the industry’s products are sitting on the shelves. In fact, global energy demand is still increasing, up 2.3 percent in 2018.
Most importantly, producers and consumers can only do so much in the absence of supportive government policy. Energy majors need stable public policies and predictable pricing signals to accelerate long-term investments in low-carbon products and technologies. That is why a number of executives in the industry have advocated for carbon pricing, some for more than a decade.
Last year, the C.E.O.s of 10 of the world’s largest oil and gas companies issued a joint statement — following a meeting organized by the Vatican — calling for meaningful carbon pricing. The five companies mentioned above, as founding members of the Climate Leadership Council, have worked with us over the last two years to refine the details of our bipartisan carbon pricing plan.
This coalition includes corporate sector leaders from a wide range of industries, top environmental organizations and opinion leaders from across the political spectrum. The framework of the council’s plan for carbon dividends is also supported by a large and prominent group of economists. To date, more than 3,500 economists have signed a statement endorsing the outlines of our proposal, including 27 Nobel laureates in economics.

The council’s bipartisan carbon dividends plan calls for a national carbon fee starting at $40 per ton and increasing at 5 percent per year above inflation. This would establish the highest carbon price of any major emitting country. If enacted by Congress and signed by the president in 2021, it would enable the United States to exceed its 2025 commitment under the Paris Climate Agreement by a wide margin.

The plan’s environmental ambition is matched by equally strong pro-consumer, pro-business and pro-competitiveness provisions. Specifically, its other pillars include returning all the revenue directly to the American people (a family of four would receive about $2,000 a year), adjustments for carbon-intensive imports and exports to level the economic playing field, and regulatory simplification. By the latter, we mean that in the majority of cases where a carbon fee offers a more cost-effective solution, the fee would replace regulations. For example, all current and future federal stationary source carbon regulations would be displaced or pre-empted.

The corporate financial backers of an advocacy campaign to promote this plan range from oil, gas and nuclear interests to solar, wind and geothermal businesses to prominent auto and tech companies. If such a diverse group can agree on a breakthrough solution, political leaders on both sides of the aisle should be able to as well.

Movements for positive change often fail not just because of the resistance of entrenched interests but also because of divisions within the movement itself. It is time to overcome unnecessary divisions and work together in promoting an ambitious and politically viable climate solution. SOURCE