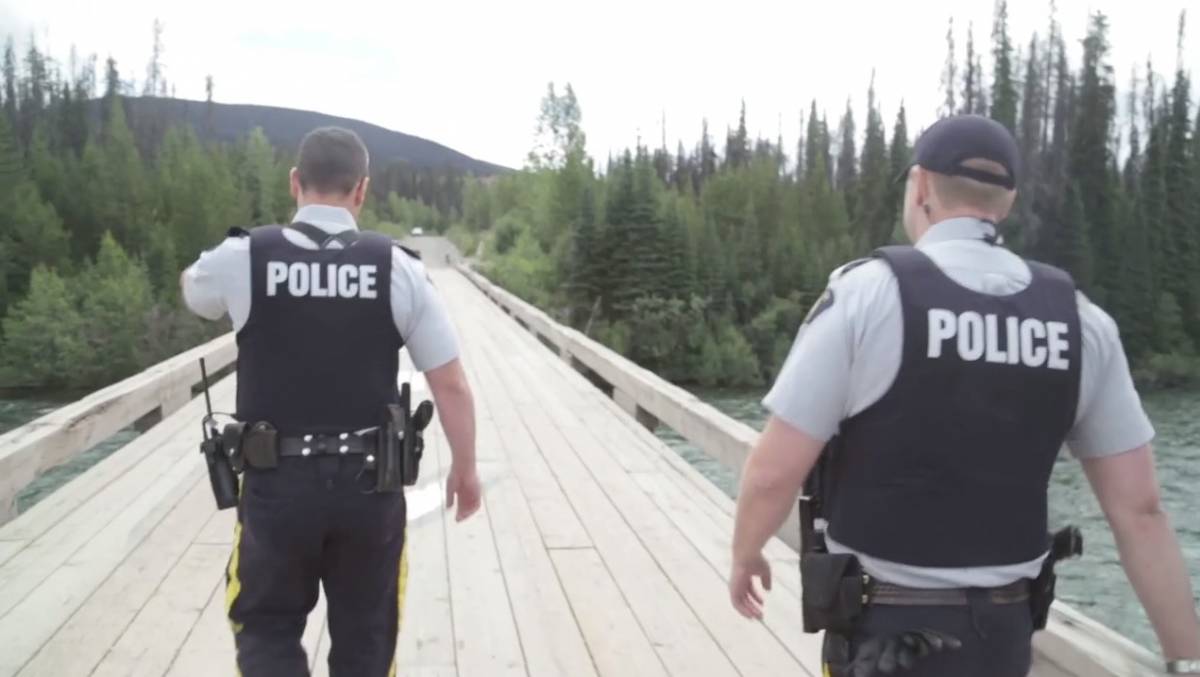 The RCMP continues coming under criticism from people appalled by its decision to employ “lethal overwatch” on a raid on an Indigenous blockade on January 7.

The Guardian reported on December 24 that “gold and silver commanders” from RCMP E division participated in a strategy session one day before heavily armed Mounties arrested 14 people on traditional, unceded Wet’suwet’en territory.

The demonstrators were at the Gidimt’en Checkpoint in opposition to a 670-kilometre Coastal GasLink pipeline.

It’s being built to deliver fracked natural gas to the yet-to-be-constructed LNG Canada plant near Kitimat.

“The meeting notes, stamped with the name of RCMP Bronze Commander Robert Pikola of the ‘E’ Division, include the reference to ‘lethal overwatch’,” the Guardian stated.

PSA – RCMP are still occupying Wet’suwet’en territory with a semi-permanent police detachment under the leadership of the same cops that authorized “lethal overwatch” for the Jan 7 raid on Gidimt’en. Cops are with “CIRG”, the same unit that undertook the raid.

In addition, the media outlet reported that the RCMP planned to operate a drone and that it was in “coordination” with Coastal GasLink in advance.

That prompted the following Twitter thread by Michael Toledano, a filmmaker who took pictures of the raid in January.

Here’s a photo of Rob Pikola, who commanded the raid on Jan 7. He was the last of the RCMP to engage with Gidimt’en before the gate was broken down. He was told by the Gidimt’en spokesperson that she would open the gate if he had consent from the chiefs. https://twitter.com/M_Tol/status/1084254368038187008 …

Rob Pikola commanded the raid on Gidimt’en territory this Monday. Today he marched into #unistoten territory without seeking consent, with about 7 other RCMP, to escort Coastal Gaslink’s equipment. Photo by @CrystalDawnGee #Wetsuwetenstrong

The new reporting should defuse the RCMP’s wildly defensive response to this story where, remarkably, they say they can’t find their own files.

Here’s a photo of Dave Attfield (Gold Commander) and John Brewer (Silver Commander) at Unist’ot’en camp, who would have participated in these discussions. https://twitter.com/M_Tol/status/1094827801104936960 …

RCMP Silver Command John Brewer and Gold Command Dave Attfield, who oversaw the raid on Gidumt’en, walked into #Unistoten today to demand a key to Unist’ot’en’s gate and the removal of their guard shed to increase access for man camp trailers. The Unist’ot’en matriarchs said no.

20 people are talking about this

Here’s an email exchange with Brewer and Attfield pre-approving the press response to the Jan 7 RCMP enforcement, and the framing around “exclusion zones” for media and the public. Also approved for the release was a political reading of Delgamuukw, which RCMP apologized for.

Here’s an email exchange with Brewer and Attfield pre-approving the press response to the Jan 7 RCMP enforcement, and the framing around “exclusion zones” for media and the public. Also approved for the release was a political reading of Delgamuukw, which RCMP apologized for.

Despite the RCMP’s flailing, accusatory messaging that Guardian has damaged relationships that have been “years in the making,” cops have no one to blame but themselves.

Responding to unarmed people with assault and sniper rifles is clearly excessive and unwarranted.

It is dismal that #CDNmedia is still flailing with this story and reproducing RCMP lines about “lethal overwatch” being an “observational” position, rather than, you know, an observational position with the potential for lethal force to be used. The Guardian’s take: