A pair of protests were held this week at the United Nations Climate Change Conference in Madrid that saw Indigenous activists speak out in opposition to a massive oilsands mine proposed for northern Alberta.

One of the protests was held Monday outside the Canadian embassy in Spain’s capital and another took place inside the COP 25 UN Climate negotiations, according to a news release issued by Indigenous Climate Action, which describes itself as “Canada’s premier Indigenous-led climate justice organization.” 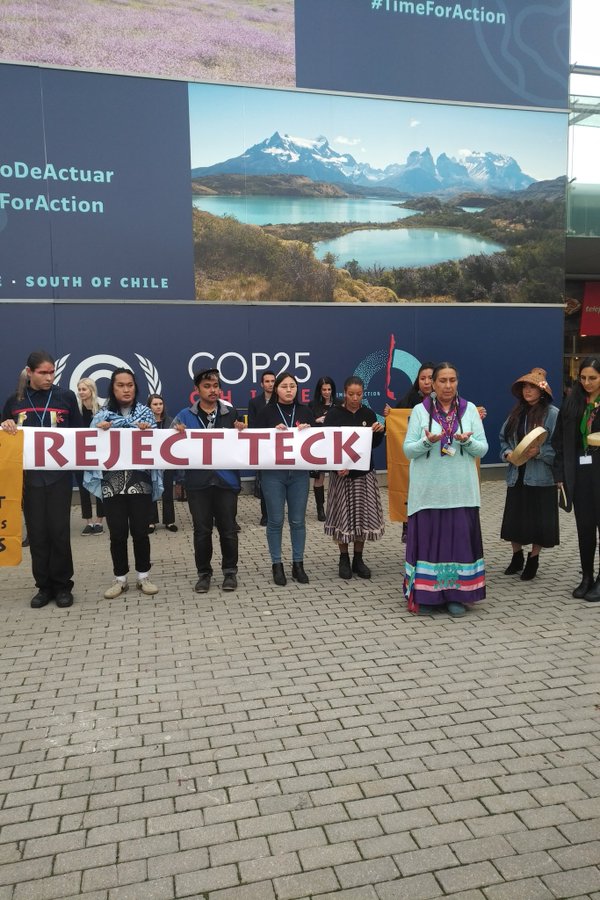 The protests target the Frontier oilsands project, a $20.6-billion mine proposed by Vancouver-based Teck Resources Ltd., for an area that is about a one-hour drive north of Fort McMurray. Those proposing the project have said its ultimate production capacity would be about 260,000 barrels per day of bitumen, if approved.

READ MORE: Public invited to comment on proposed $20B Frontier oilsands mine project in Alberta

Earlier this fall, the Impact Assessment Agency of Canada invited members of the public to comment on the Frontier project proposal. The window for offering comment closed late last month.

“A report released last week by 17 research and campaigning organizations, used oil and gas industry projections to show that Canada will be one of the worst violators of the Paris Agreement if it expands its oil and gas extraction as planned, second only to the United States,” read the statement issued by Indigenous Climate Action on Tuesday.

“Rejecting the Teck Frontier mine is an important first step the federal government can take to ensure a safe climate future.”

Elder Francois Paulette said all 33 First Nations of the Dene Nation, which he represents, are opposed to the proposed Frontier mine as well as expansion of the oilsands in general.

“My First Nation is the Smith Landing First Nation in Alberta [and] we outright opposed the Teck project,” he said.
“It’s 30 kilometres south of Wood Buffalo National Park. This project did not consult with us [and] their report did not include Indigenous peoples’ traditional knowledge.”

Over the summer, a federal-provincial panel ruled that the oilsands project was in the public interest even though it could fundamentally cause harm to both the environment and to Indigenous people. The panel offered recommendations for mitigating harm to wildlife, tracking pollutants and for consulting with nearby First Nations.

Environment and Climate Change Minister Jonathan Wilkinson is now tasked with weighing the findings and recommendations of the panel report with public comment before making an environmental assessment decision on the Frontier mine.

“The largest tar sands mine on the planet is being proposed in my peoples territory right now [and] it will impact the woodland buffalo — the last remaining wild whooping cranes on the planet — and many of the animals my people rely on for food,” Deranger said.

“Aside from the detrimental impacts it will have on my people’s food security, treaty rights and water, It will add 6.1-million megatonnes of carbon annually to the atmosphere.”

Teck Resources has said it projects the mine will emit 4.1 megatonnes of carbon dioxide a year.

The Green Party of Canada tweeted a photo on Monday of its leader, Elizabeth May, joining protesters in Madrid to voice concerns about the proposed oilsands mine.

“We need to respect Indigenous rights and end this climate-killing project,” the tweet said. MORE