Trump is apparently sick of flushing toilets, the world unnecessarily learned on Friday. In some unknown place, some unknown people are cursed with “flushing toilets 10 times, 15 times” before everything goes where it needs to go, Trump said in a White House tirade against environmental protections.

“We have a situation where we’re looking very strongly at sinks and showers, and other elements of bathrooms,” Trump said, perhaps hinting at toilet paper or even hand towels. “You turn on the faucet, you don’t get any water,” Trump said of these places where there are “tremendous amounts of water.” “They take a shower, the water comes dripping out. People are flushing toilets 10 times, 15 times,” Trump said of this mystery population. “So the EPA is looking at this very strongly,” Trump reassured the nation’s stressed-out flushers.

Here’s the video, via WaPo, of Trump discussing toilet flushing: “We have a situation where we’re looking very strongly at sinks and showers, and other elements of bathrooms … You turn on the faucet and you don’t get any water … People are flushing toilets 10 times, 15 times.” 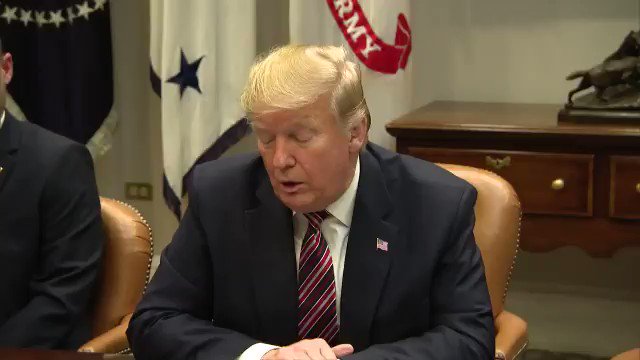 Earlier in the same rant, Trump complained about the energy efficient lightbulbs that are apparently giving him an “orange look,” which he does not want. Kathryn Krawczyk SOURCE