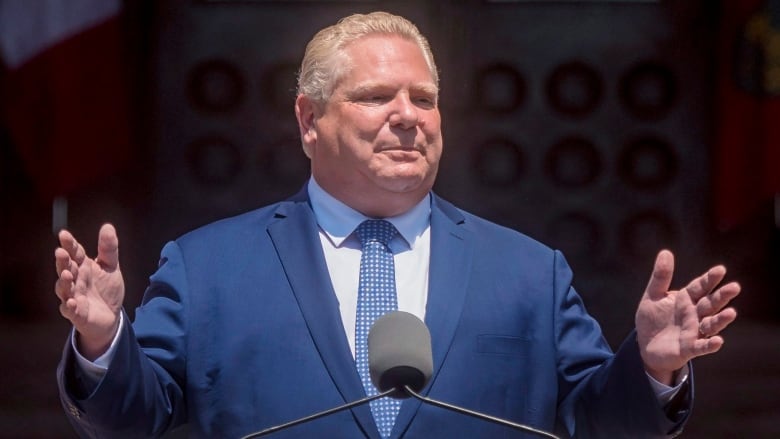 When Ontario’s premier Doug Ford announced that “as of June the 29th, the cap and trade system, the carbon tax, they’re done.” Ford was referring not to a carbon tax (which Ontario does not have), but rather to his promise to withdraw from the Western Climate Initiative (WCI), an inter-jurisdictional cap and trade regime which currently includes Ontario Quebec and California.

Here and elsewhere, Ford has conflated “the carbon tax” and “cap and trade” in a manner that suggests the two are interchangeable. This should sound alarm bells for Ontarians, given Ford’s task was essentially to choose between the two very distinct carbon pricing systems: under the Pan Canadian Framework on Clean Growth and Climate, any province declining to implement their own carbon pricing mechanism is subject to federal regulation on carbon.

The WCI is a cap and trade system, wherein the GHG emissions of polluting entities are limited (capped) though the limited issuance of emission allowances, and entities with allowances to spare can sell them to entities who failed to keep emissions below the cap. The result is an overall reduction in GHGs and an incentive for large emitters to curb pollution.

By contrast, a carbon tax is paid by on all fossil fuel combustion by consumers at all levels, and while it is an effective way to raise funds for investment into climate change mitigation activities, carbon taxes have not been demonstrated to reduce GHG emission in and of themselves.

By withdrawing from the WCI and declining to propose an alternative mechanism to curb GHG emissions, Ford leaves Ontario subject by default to Canada’s federal Greenhouse Gas Pollution Act: a bonafide carbon tax.

The relative merits of a carbon tax vs a cap and trade regime are complex and debatable. However the very act of withdrawing from the WCI is likely to come with a high price tag for the Ontario tax payer. Ford has earmarked 30 million dollars to fight the Trudeau government on its (legally sound) right to enforce a price on carbon. But the cost of taking on Trudeau’s liberals in court is likely to be dwarfed by a bigger legal and financial battle: Ontario’s large emitters have already paid out $3 billion under the WCI, and are expected to come after the province to recuperate those funds.

While Canada may be falling short of its commitments to reduce emissions under the Paris Agreement, the Pan Canadian Framework makes it clear that failing to price carbon is no longer an option in Canada. Ford’s remaining options are not between pricing carbon and not pricing it; they are between a robust existing cap and trade system and a bumpy ride towards a federally mandated carbon tax. In declining to propose his own alternative, Ford has chosen the latter. SOURCE