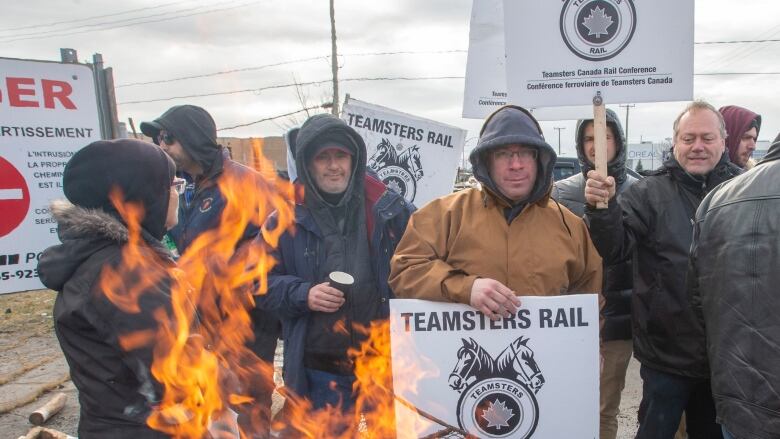 The union representing striking Canadian National Railway workers said early Friday there was “no substantive progress” in talks aimed at ending the dispute, and they hit back at what they characterized as a “fabricated” narrative of a propane shortage that has emerged through politician statements and media reports.

As the strike entered its fourth day, the Teamsters Canada Rail Conference (TCRC) said there are still hundreds of employees on the job operating trains, and that what those trains carry is a decision made by CN.

Lyndon Isaak, TCRC president, speculated that the company may be throttling the supply of propane.

“CN is far from operating at full capacity, but we believe there are enough trains going around to allow the company to supply propane to Ontario and Quebec,” said Isaak. “The question is whether CN refuses to transport propane to create a crisis and force a special back-to-work law.”

CN said in a statement it was doing the best it can given the limited resources in a strike scenario.

“CN has a small pool of qualified managers that only allows the company to operate at approximately 10 per cent of normal service across its extensive 22,000-kilometre-long Canadian network safely,” the corporation said. “Currently, very limited amounts of various commodities are moving across the country. This includes container traffic to keep Canada’s ports fluid to be able to return to normal operations after the strike.”

Across the country, politicians and industry leaders have raised the prospect of critical shortages resulting from a prolonged strike that would impact a number of economic sectors. MORE

Legault says Quebec has less than 5 days propane left due to CN strike, appeals to feds