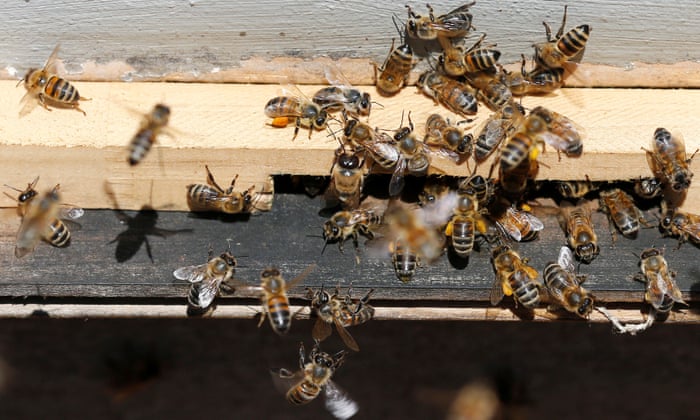 The study also indicates that insects, including bees, are vanishing due to damage to nature. Photograph: Rodrigo Garrido/Reuters

The “unnoticed insect apocalypse” should set alarm bells ringing, according to conservationists, who said that without a halt there will be profound consequences for humans and all life on Earth.

A new report suggested half of all insects may have been lost since 1970 as a result of the destruction of nature and heavy use of pesticides. The report said 40% of the 1million known species of insect are facing extinction.

The analysis, written by one of the UK’s leading ecologists, has a particular focus on the UK, whose insects are the most studied in the world. It said 23 bee and wasp species have become extinct in the last century, while the number of pesticide applications has approximately doubled in the last 25 years.

UK butterflies that specialise in particular habitats have fallen 77% since the mid-1970s and generalists have declined 46%, the report said. There are also knock-on effects on other animals, such as the spotted flycatcher which only eats flying insects. Its populations have dropped by 93% since 1967.

But conservationists said that insect populations can be rescued, by introducing firm targets to cut pesticide use and making urban parks and gardens more wildlife friendly. Scientists said insects are essential for all ecosystems, as pollinators, food for other creatures, and recyclers of nutrients.

“We can’t be sure, but in terms of numbers, we may have lost 50% or more of our insects since 1970 – it could be much more,” said Prof Dave Goulson, at the University of Sussex, UK, who wrote the report for the Wildlife Trusts. “We just don’t know, which is scary. If we don’t stop the decline of our insects there will be profound consequences for all life on earth [and] for human wellbeing.”

Studies of insect populations over decades are scarce, he said: “But the overwhelming weight of evidence that exists suggests the rapid decline is a real phenomenon. It really worries me to hear people say we need more long-term studies to be sure. That would be great, but we can’t wait another 25 years before we do anything because it will be too late.” MORE