Fire prevention policies of the past have created conditions for today’s out-of-control blazes, experts say 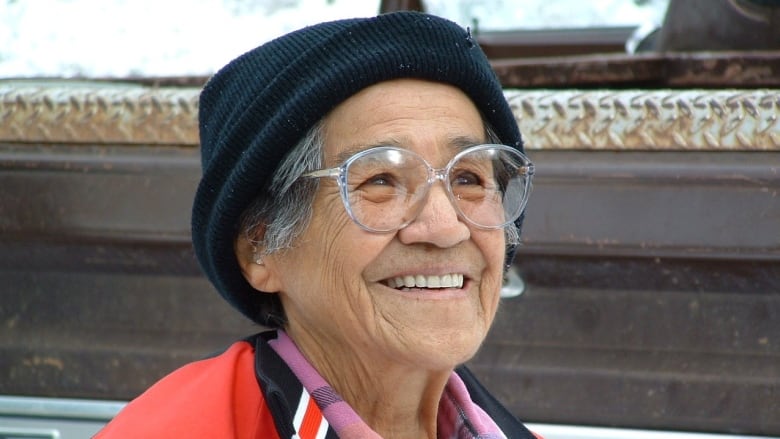 Annie Kruger was the last firekeeper appointed by her people, say family. Her granddaughter is in training to take over, but has more to learn yet, and the tradition tapered off with Kruger’s death. (Don Gayton)

The grandchildren of  Annie Kruger remember her lighting an Export A Green cigarette, throwing on her logger’s jacket and heading out to set fires near Penticton, B.C.

Before she died she was a firekeeper — as were generations before her in the Okanagan region of the province — and it was her job to use flames to purify the land by setting fire to berry bushes, hillsides and even mountains to renew growth and clear brush and create natural fireguards. 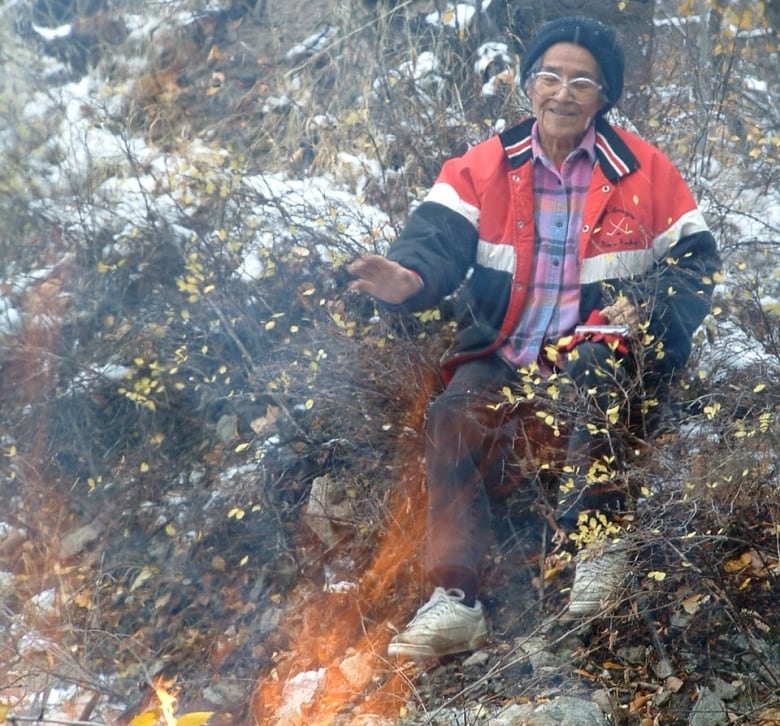 Annie Kruger was a firekeeper in a long line of people who were trained to use fire to take care of the land. (Don Gayton)

“Our family have been firekeepers for thousands of years,” said Pierre Kruger, Annie’s son.

“We warned the birds and four-leggeds,” he said. “My mother taught us every fire is like a snowflake — no two are alike.”

Annie kept up the tradition until she died in 2003.

By then, authorities had long cracked down on the practice, pushing fire prevention hard starting in the 1930s, in full-force after 1945. Fire became bad, something to battle or ban. Remember Smokey, the iconic bear who doused fire near forests? 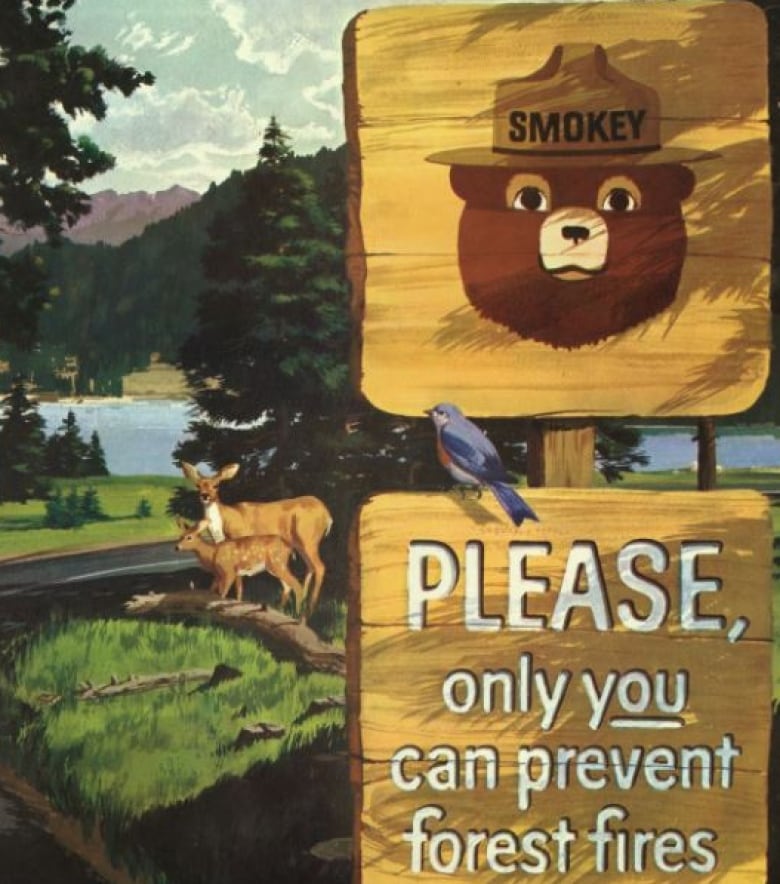 A vintage Smokey the Bear poster from 1963. Fire prevention campaigns began in the 1930s and discouraged any fire in the forest. Fire was touted as bad for all wildlife and trees. (U.S. Forest Service)

Fire prevention experts fear that those policies, launched decades ago, unwittingly created conditions that are now feeding the out-of-control wildfires plaguing California and Alberta — and, in recent weeks, some 240 blazes in B.C.

Experts are urging provinces to adopt more Indigenous burning practices because the long crackdown on constructive burning has built up fodder for fires.

In North America, fire suppression became the prevalent way of handling fire over the past century, to protect property, ranch lands and people.

But the practice left dead trees, forest litter and aging forests to become prone to disease, such as pine beetle infestations, fostering the perfect ignition material for spot fires to spread and converge, experts say.

When smaller fires merge, they can create megafires so intense and so fast, they are unstoppable. 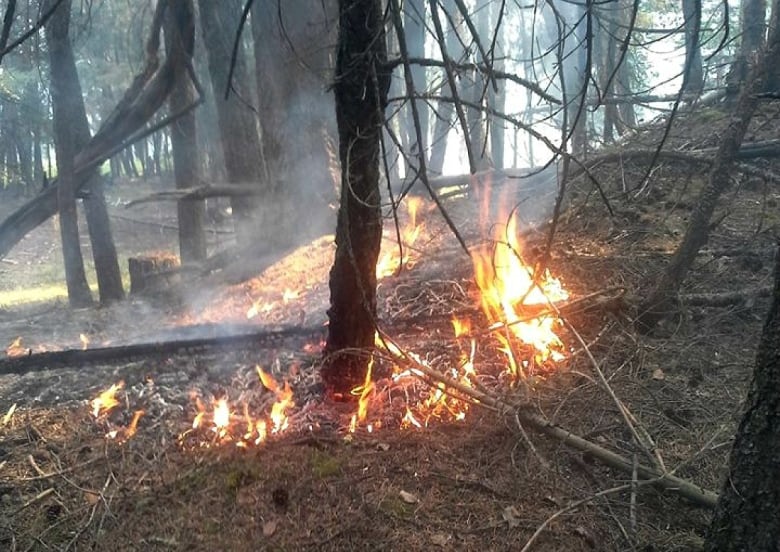 One of hundreds of spot fires dotting an eight-hectare ranch after a crowning forest fire jumped the Fraser River near Quesnel, B.C., on the July 8-9 weekend. (Wylie Bystedt)

These kind of fires are becoming more common in the U.S. — and Canada has seen a few, as well. In 2003, a lightning strike in the Okanagan started a fire that burned 25,000 hectares and forced 27,000 people from their homes near Peachland and Kelowna, B.C. In 2011, a forest fire raged into Slave Lake, Alta., forcing the evacuation of 7,000 people.

Then in 2016, the monster Fort McMurray fire led to the evacuation of the city of 88,000, making it the largest fire in Alberta history.

In recent years, science has emerged to prove certain lands have always had fire.

Researchers examining fire-scarred trees in western Canada discovered that boreal forests actually evolved in places like B.C.’s interior and parts of Alberta because they were scorched to the ground every 75 to 100 years in a patchwork pattern, Heathcott said.

“Forests have to be burnt to regenerate,” he said. “It’s tough to suppress that forever.”

The benefits of prescribed burning are recognized by B.C. officials.

The province organized burns this spring near Mayfield Lake, south of Williams Lake, as part of the Ecosystem Restoration Program started in 2008 to use controlled fires to “restore natural grassland, historically renewed through low-intensity ground fires,” according to a news release.

“That’s like a fart in a high wind,” says fire ecologist Don Gayton of Summerland, B.C.

How much more is needed?

“How big is B.C.? That’s how much should burn every 100 years,” said Heathcott, who estimates that in every century prior to this one, most of our 95-million-hectare province burned.

It’s not realistic to set fires on that scale in the 21st century, given that many forested areas are now in proximity to populated centres.

And nobody is advocating going back in time, but proponents like Heathcott say say more burning is needed. 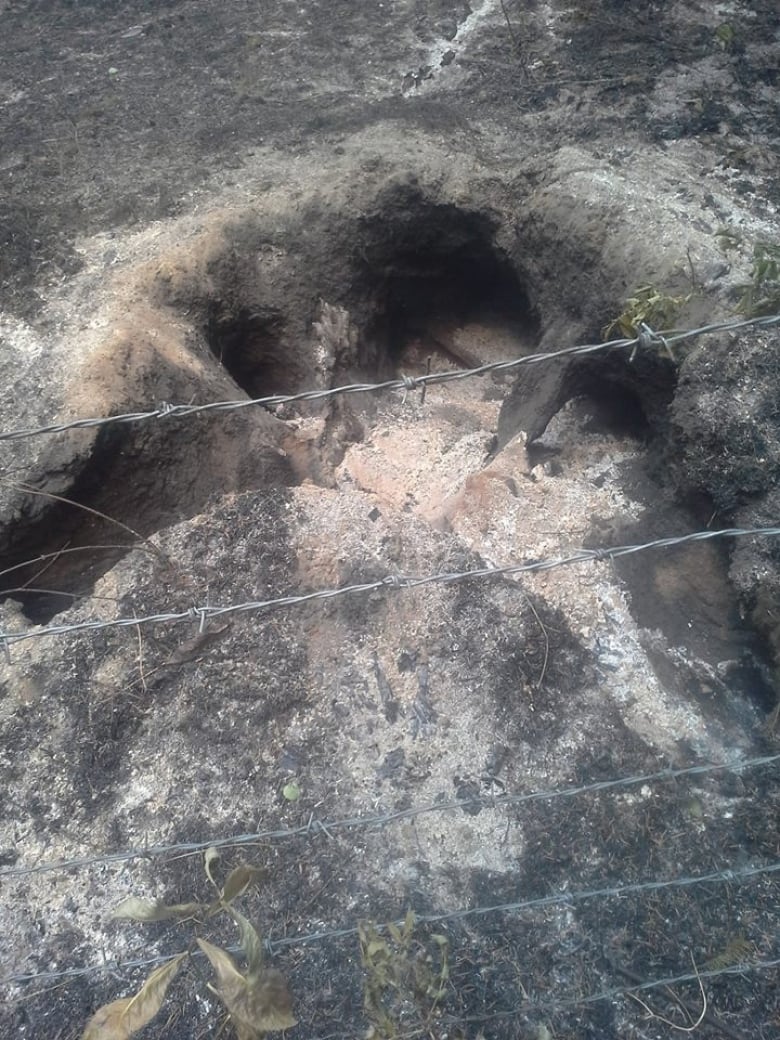 Spot fires burned tree roots on a ranch near Quesnel, B.C. The results of prescribed burning should be more controlled and less intense. If fire burns out roots it can cause soil sterilization and erosion. (Wylie Bystedt)

In 2016, the Ministry of Forest, Lands and Natural Resources conducted 59 controlled burns, described as “valuable training” for staff.

The exercises depended on weather, and often got called off.

Officials are wary of the legal risk of an escaped fire, and few have long-term experience wrangling flame.

So while prescribed burning is no longer a hanging offence like Kruger claims it was for a few of his people in the 1880s, it’s still underutilized say proponents.

A handful of First Nations groups are working to revive the lost practice of fire-keeping, but it’s slow, said Pierre Kruger. “We have to re-educate people. None of our families’ fires ever got away, but people don’t understand fire anymore.”

He says his grandmother’s view of the megafires of today would be simple: people forgot to use fire. 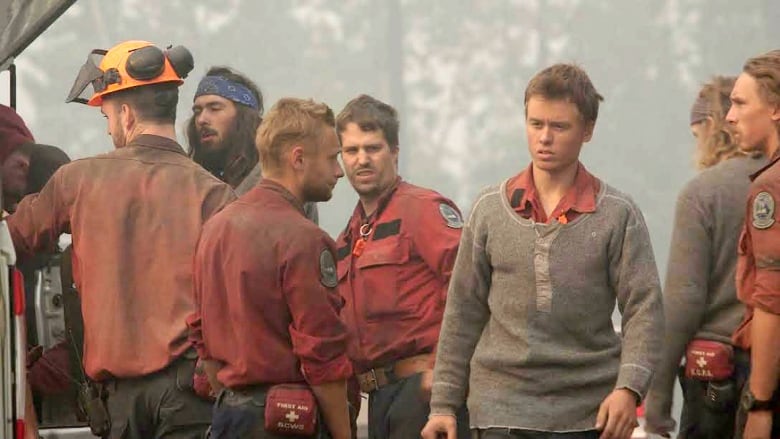 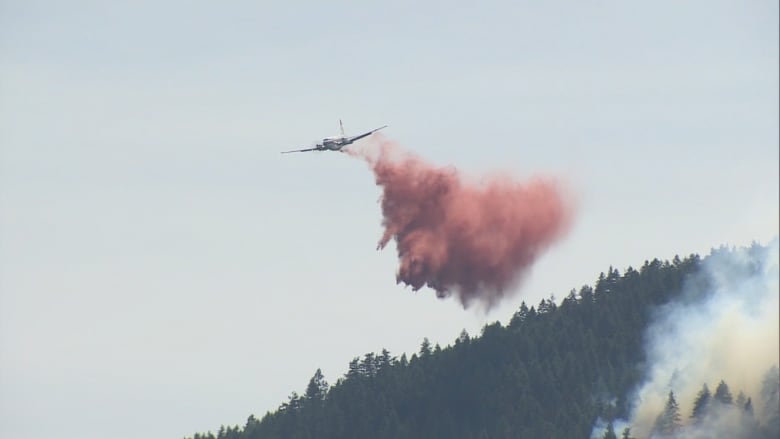