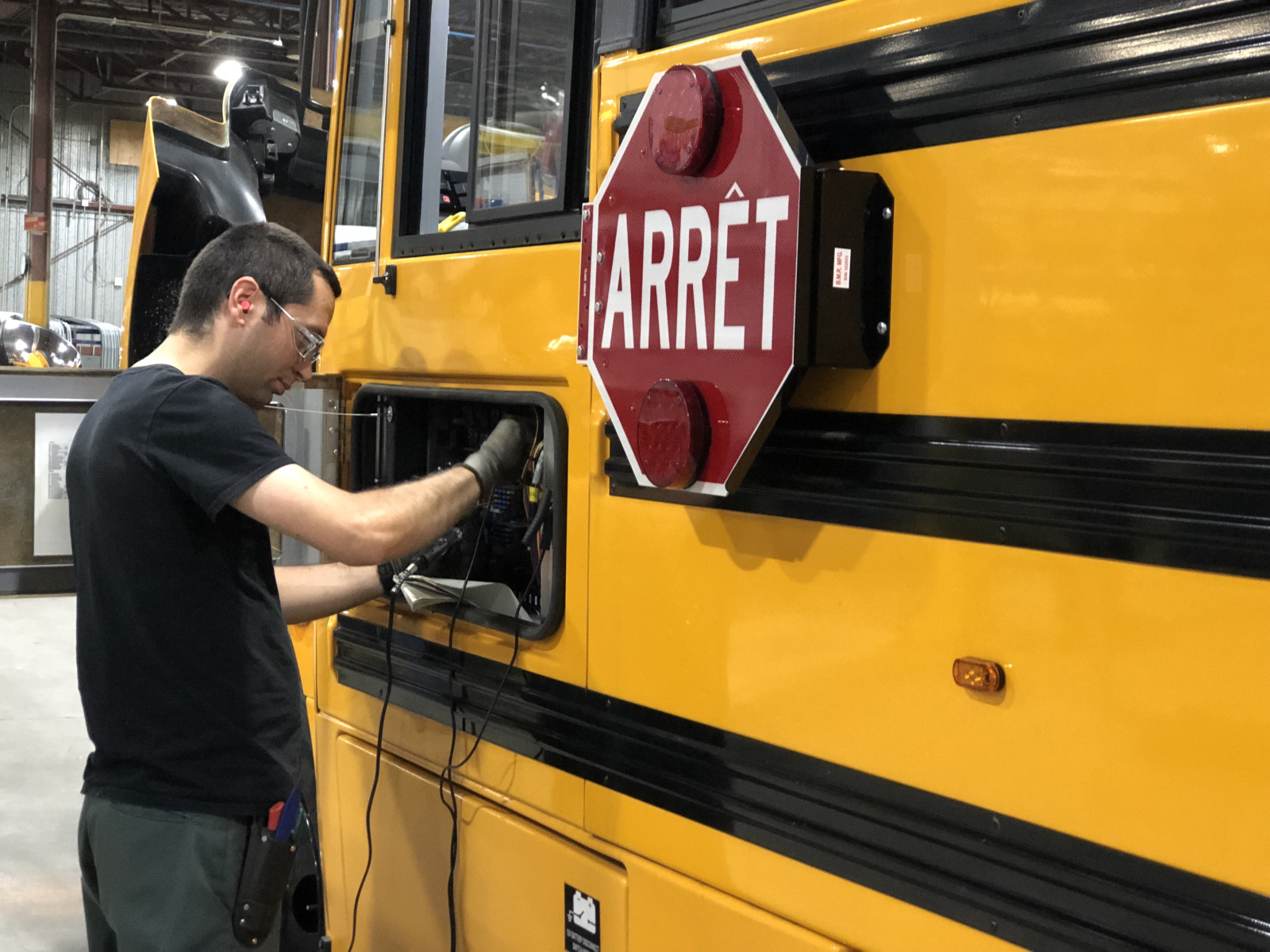 In a hangar-like space an hour from Montreal, workers in safety glasses carefully jockey huge aluminum arches into rows, like ribs, before switching on a whining drill to screw them into place.

The object takes shape — one of the world’s most recognizable shapes, a yellow school bus.

But that’s the only thing familiar about this bus. It’s all-electric, a wild pipe dream until just three years ago, when the first three like it hit the roads.

What has happened since then has been nearly as unfamiliar, at least in a province that’s historically had very little auto production. The manufacturer, Lion Electric, will have put 300 buses into operation by the end of this year, and it’s now completing one bus per day to meet demand. It employs 190 people in the small town of St. Jerome.

Quebeckers in a few circles may have seen this coming, however. Long before the era of climate anxiety, the province inadvertently became a perfect incubator for clean-tech inventions. Lion is one of several Quebec-based electrification-related startups that have suddenly jumped to the top of their markets.

Still, having a head start doesn’t necessarily mean holding onto it. As the rest of the world catches on to this global technological race, Quebec’s homegrown successes could still be eclipsed.

E-buses are healthier for kids

Lion’s founder, Marc Bédard, gets much of the credit for his company’s fast rise. Like all successful entrepreneurs, he took a risk.

In 2011, when he began working on his own all-electric bus, “everyone thought he was crazy,” says Patrick Gervais, Lion Electric’s spokesman. “There were no subsidies at that time.”

Bédard had previously been on the board of Les Entreprises Michel Corbeil, a major manufacturer of diesel school buses. His strategy for Lion was simple but shrewd.

While people have quickly accepted the reliability of electric cars, potential buyers are still wary of bigger electric vehicles.

Buses and trucks generally need to travel long distances — transport trucks, for instance — or to be in service all day long, as in the case of city buses. It’s hard to build a battery with the power, long life and quick recharging capacity to give these vehicles a big enough range.

School buses are different. “They do a run in the morning, can charge at lunchtime, do a run in the afternoon,” says Gervais. “It’s not that scary,” he says. Buyers can think, “‘if anything happens we can recharge over lunch — OK, I’m gonna try it.”

Plus, e-buses are healthier for kids. Many studies have raised alarms about the harm to children’s developing lungs from diesel fumes. E-buses can wait by school curbs without idling, and they’re also silent, allowing children to talk at normal volumes. MORE