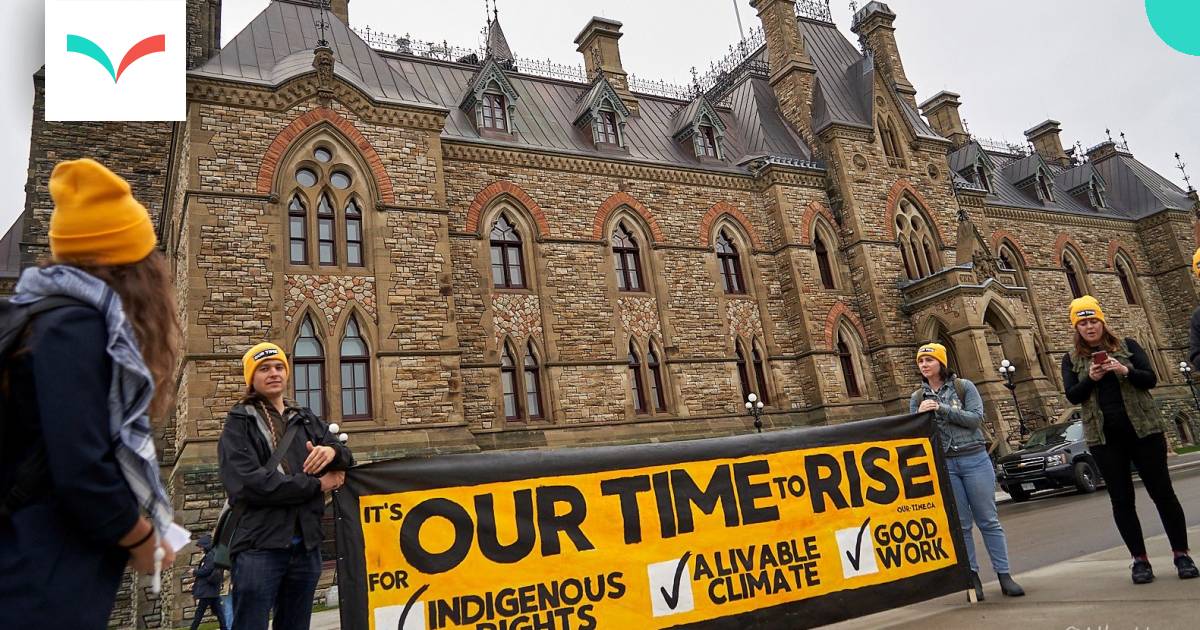 After the votes were counted, Trudeau had fallen from a majority to minority parliament while trouble was brewing in Alberta.

This might sound like a few days ago, but it was actually 1972. And while the situation was different, what happened under that Trudeau minority government offers a lesson on how our minority Parliament can deliver on a Green New Deal for Canada — a transformative plan to tackle both growing economic inequality and the climate crisis at once — and how the NDP and Green parties can help make it happen.

Flashback to 1973: the Liberals held 109 seats, the Tories 107, and the NDP 31 (out of a then-total 264 seats in the House of Commons). Since the Progressive Conservative opposition of the day was itching for another chance to go to the electorate, the NDP knew that Pierre Trudeau needed their votes and so they dug in their heels and demanded that the Liberals support an NDP motion calling for the creation of a national oil company.

Petro-Canada is an example of how Liberal minority parliaments, pushed by the NDP, have passed major progressive legislation.

It worked. Thanks to a wave of rising economic nationalism — not dissimilar in scale to the current rise in public opinion around climate action — the Liberals supported the motion, and after the Liberals won a majority government again in 1974, Petro-Canada was founded by an act of Parliament. On Jan. 1, 1976, against the wishes of an already powerful oil lobby based in Calgary, the Crown energy company started operations.

Knowing what we know now — Exxon Mobil first learned about the fact that digging up and burning CO2 could wreck our planet back in 1977 — using the powers of our federal government to drill for more oil wasn’t the best call. And had the NDP retained the balance of power when Petro-Canada was formed, its story might have looked a lot different. Nevertheless, Petro-Canada is an example of how Liberal minority parliaments, pushed by the NDP, have passed major progressive legislation. We also have this kind of balance of power to thank for universal healthcare, the Canada Pension Plan, the 40-hour work week and increases to the minimum wage.

In 2019, this kind of balance of power could help us rise to tackle the climate crisis. But, that requires nothing less than taking control of our energy economy and turning it hard towards 100 per cent renewable energy.

The same factories that built planes, trains, and automobiles could build the electric public transit infrastructure we need to make free transit a reality all across the country.

Imagine if, like in 1973, the current NDP (with the support of climate-friendly parties like the Bloc and the Greens) drew a line in the sand and made their support for the Liberals’ first budget contingent on a big, bold first step towards the transition. A step like founding Renewable Canada, a massive publicly-owned Crown utility tasked with rapidly expanding the renewable energy industry. Its mandate could be based on the 57 recommendations that policy experts outlined in a 2015 report explaining how Canada could get to 100 per cent renewables. And, as they did with Petro Canada, they could open the head office in downtown Calgary, with a fossil fuel worker transition centre on the ground floor as a concrete expression of a clear promise that this new energy economy won’t leave workers or communities behind.

And that’s just one idea. The government could also found a “No-Crown” corporation, run by First Nations, that had the money and mandate to end boil water advisories and transition the 86 per cent of remote communities currently dependent on diesel power for their electricity to renewables. And we could nationalize faltering auto plants and train manufacturers in central Canada. And we could start to approach getting people moving on rail with the same fervour as moving oil by rail. The same factories that built planes, trains, and automobiles could build the electric public transit infrastructure we need to make free transit a reality all across the country.

Climate change is too complicated to solve with one Crown corporation. And while the NDP, Greens, Bloc, and Liberals promised bolder climate action, none of their election platforms actually met the scale of the climate crisis. Even the NDP, who continue taking steps towards embracing a fulsome Green New Deal, put out a platform that fell short of the economic transformation we need.

Part of that is that this challenge is bigger than what we faced in the 1970s, and frankly bigger than any government has faced since. But that doesn’t mean Parliament can’t take big steps, and even leaps, to transform our economy. We’ve done it before, whether by passing big progressive legislation under previous minority governments, or during World War II, when Canada founded 28 new Crown corporations to dramatically overhaul our economy.

People, especially youth, are ready for and demanding solutions of this scale. The lesson from Petro-Canada can give us a roadmap for one way to get started, and to get started fast.

This Parliament could put Canada to work on a Green New Deal. It’s just a question of whether we’re willing to dream, and demand, big enough ideas.  SOURCE