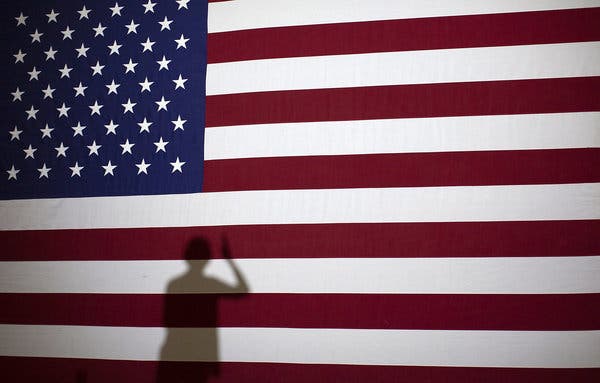 Elizabeth Warren at a campaign event in New Hampshire. Her proposed wealth tax has irked many billionaires.Credit…CJ Gunther/EPA, via Shutterstock

The billionaire class has begun unloading on Elizabeth Warren. A few days ago, Jamie Dimon of J.P. Morgan Chase — at just $1.6 billion in net worth, a comparative piker — said Senator Warren “vilifies successful people.” Then Bill Gates ($107 billion), in an onstage interview with The Times’s Andrew Ross Sorkin, mused about what his tax bill might be in a Warren presidency and left the door open to voting for Donald Trump should Democrats nominate Ms. Warren. And then Michael Bloomberg ($52 billion), who had previously criticized Ms. Warren as anti-corporate, signaled his intention to jump into the race, obviously out of concern at her rise.

I’m not expert enough to judge the wisdom of Senator Warren’s proposed wealth tax. I know that there are questions about its constitutionality and that several European nations tried a similar approach and found it unworkable (though four countries still have it). I don’t get why the candidates aren’t simply proposing to increase marginal income tax rates on dollars earned above some very high figure. That seems a lot more straightforward to me.

So this column is not a brief for Ms. Warren’s wealth tax or for her candidacy — I don’t have a preferred candidate. Instead, I want to make a simple plea to the country’s billionaires: Multibillion-dollar fortunes are often called excessive and decadent. But here’s something they’re rarely called but ought to be: anti-democratic. These fortunes will destroy our democracy.

Why “anti-democratic”? Why would it matter to our democracy whether Jeff Bezos is worth $113 billion (his current figure) or $13 billion?

Because any democracy needs a robust and thriving middle class, and we have spent the last 30 or so years transferring trillions of dollars from the middle class to the people at the very top. Just one set of numbers, from the University of California, Berkeley economist Gabriel Zucman: The 400 richest Americans — the top .00025 percent of the population — now own more of the country’s riches than the 150 million adults in the bottom 60 percent of wealth distribution. The 400’s share has tripled since the 1980s.

This is carnage, plain and simple. No democratic society can let that keep happening and expect to stay a democracy. It will produce a middle and working classes with no sense of security, and when people have no sense that the system is providing them with basic security, they’ll make some odd and desperate choices.

I imagine that Mr. Gates is repulsed by Mr. Trump on some level, and at the end of the day probably couldn’t vote for him. But if I could meet Mr. Gates, I’d ask him: Sir, do you not see the link between your vast fortune and the ascendance of Donald Trump? If not, I implore you to connect some dots. Wealth has shifted to the top. It has been taken away from the middle class. That makes people anxious. Anxiety opens the door to demagogues. It’s not complicated.

We need changes in our laws and institutional structures that will alter what economists call pretax distribution. This is a point made by the economist Dean Baker — that income inequality is less a result of tax policy than laws and regulations that have made the rich richer before taxes are even imposed. These changes have to do with

And yes, we do need to tax rich people more. In my lifetime, the top marginal tax rate has gone (roughly speaking) from 91 percent to 77 percent to 50 percent to 35 percent to today’s 37 percent. That’s too low. I’m not with Bernie Sanders, who says there should be no billionaires. That’s too punitive. But I do think Mr. Bezos could get by on $15 billion or so.

Billionaires will protest that they’d rather give it away than trust the government with it. I applaud their generosity. But even someone as rich as Michael Dell, who went on a rather infamous riff along these lines at Davos, could not build a nationwide high-speed rail system, clean the country’s air and water (and keep them clean), create a network of free opioid clinics across the country or give towns that have been hollowed out by the global economy a second chance. Only government can do those things. MORE

One thought on “Bill Gates, I Implore You to Connect Some Dots”