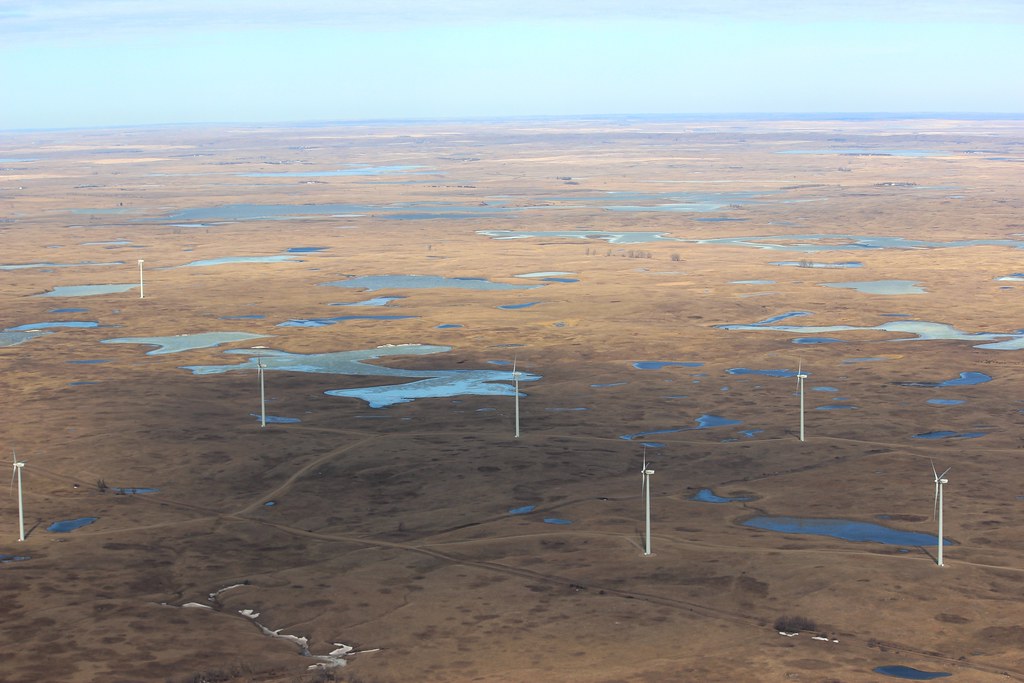 The Tatanka Wind Farm on the border in both North and South Dakota. (Credit: USFWS)

Installing more wind turbines in the Upper Midwest, and more solar panels in the Great Lakes and Mid-Atlantic regions, would bring the largest health gains and benefits from U.S. renewable energy, according to a new Harvard University analysis.

The Upper Midwest—which, in this study, spans roughly from the Dakotas to the Western Upper Peninsula in Michigan down to Missouri — would reap an estimated $2.2 trillion in climate change mitigation and health gains from adding about 3,000 megawatts of wind power, which translates to about $113 in benefits per megawatt hour. Deploying the same amount of solar capacity in the Great Lakes/Mid-Atlantic region—spanning from Indiana to Northern Michigan then east to New York—brought about the same amount of health benefits.

“To ensure that climate policies are cost-effective, the location where renewables are built is much more important than the specific technology,” said Drew Michanowicz, a study author and a research fellow at the Center for Climate, Health, and the Global Environment at the Harvard T. H. Chan School of Public Health, said in a statement.

“If you want to get the biggest bang for your buck in terms of the health and climate benefits of renewables, investing in the Upper Midwest and Great Lakes regions will keep populations downwind healthier while also taking important steps to decarbonize,” he added.

…The major take-homes from the study: when health benefits are considered, renewable energy is more cost effective than installing emissions reduction technology (such as carbon capture) at exiting coal and gas plants; and, just like real estate, when it comes to clean energy — it’s all about location, location, location. MORE