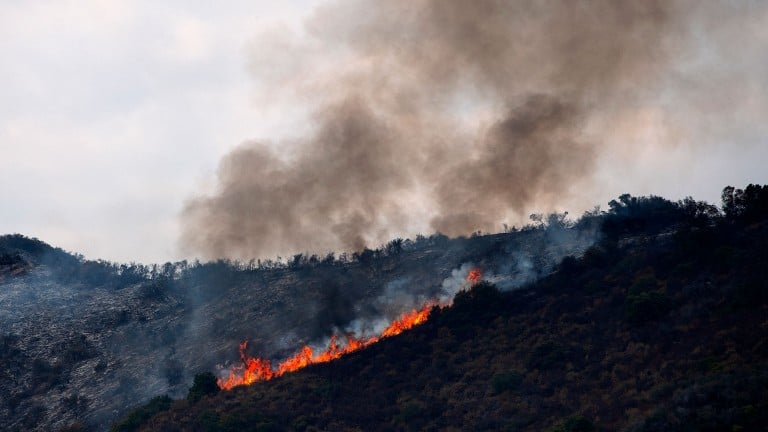 The news: A gel developed by Stanford researchers could be sprayed on forests and vegetation to make them fire-resistant, helping to stop wildfires from spreading. It’s made from cellulose polymers (extracted from plants) and particles of silica, which are chemically identical to sand, mixed with a flame-retardant fluid.

How to use it: Fire-fighting sprays are currently used on wildfires only in emergencies: this new approach would deploy them protectively before any fires can break out. In a paper in Proceedings of the National Academy of Sciences, the researchers say the gel is nontoxic and biodegradable.

Rain-resistant: The team tested the gel on plants in the laboratory and then on patches of grass by a road in California, supervised by local firefighters. They found it can withstand wind and up to half an inch of rain, so it only needs to be applied once per fire season (if it rains more than that, the risk of wildfires plummets anyway).

The bigger picture: Wildfires caused by humans are a huge and growing problem, destroying millions of acres of forest every year. It’s an issue that will only worsen as the Earth gets hotter. Many wildfires start in the same areas, like roadsides, campgrounds, and near remote electrical lines, which means local agencies could take a targeted approach, spraying the most “at risk” zones with the gel. SOURCE