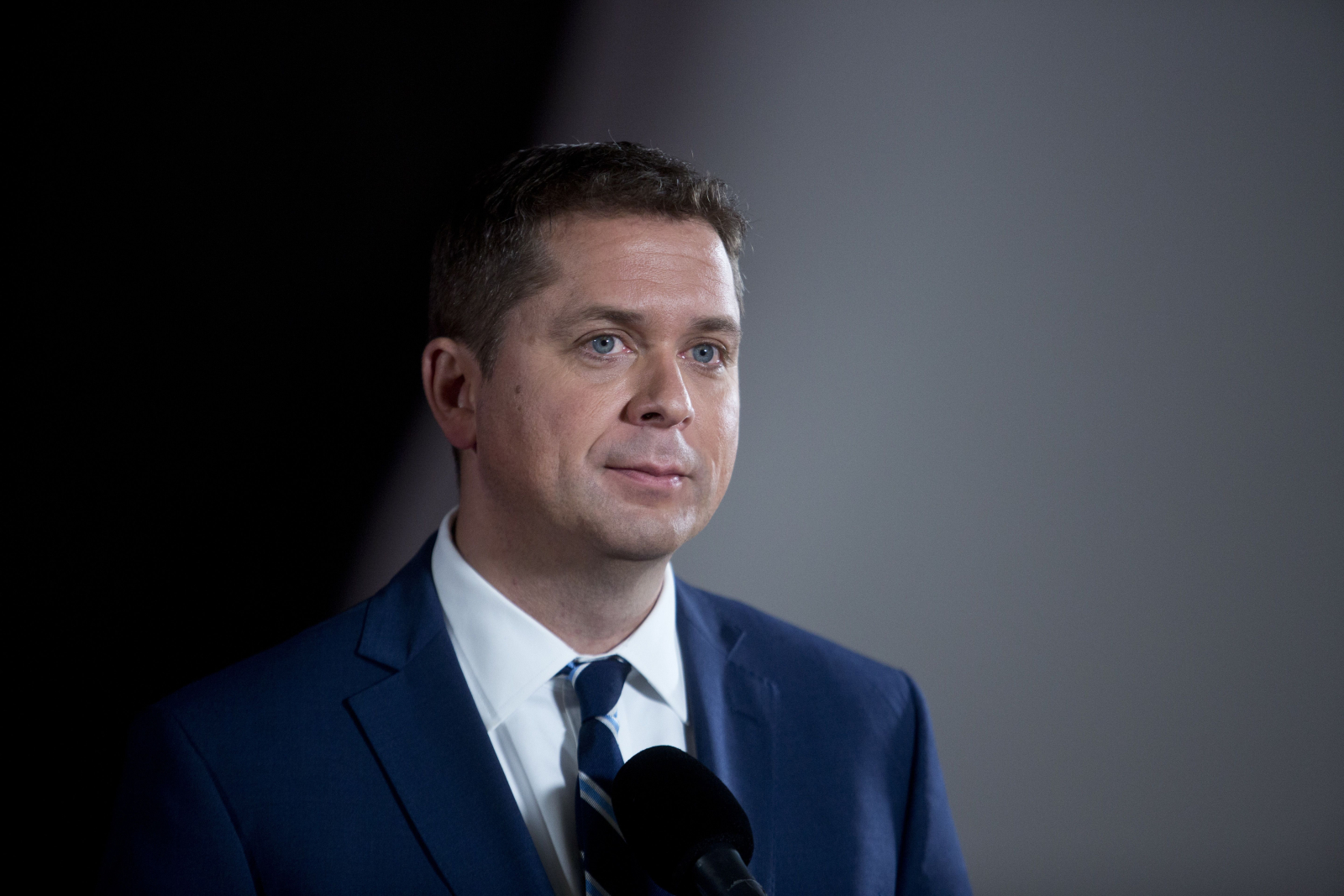 Conservative Leader Andrew Scheer speaks to reporters after the English-language leaders’ debate on Oct. 7, 2019 in Ottawa. Photo by Andrew Meade

The Conservative Party and Canada’s largest oil and gas lobby group stand accused of possibly “colluding” in violation of the country’s elections law, according to a complaint made to a federal commissioner.

Ethics watchdog Democracy Watch said Thursday it was calling on Commissioner of Canada Elections Yves Côté to investigate whether the Canadian Association of Petroleum Producers (CAPP) and the Tories broke the Canada Elections Act.

The complaint centres on the fact the lobby group and the Conservatives have both done business with an advertising firm co-founded by Hamish Marshall, who is Conservative Leader Andrew Scheer’s campaign manager.

These connections, along with revelations about three events this past spring involving Scheer and oil industry executives, “point to a relationship of collaboration and support” that would give Côté “reasonable grounds to investigate,” the complaint reads.

“Don’t just call them up and say, ‘Hey, are you guys colluding?’” Democracy Watch co-founder Duff Conacher urged the commissioner in an Oct. 10 interview.

“There’s enough there, I think, for (Côté) to go to court and try to get a subpoena.”

As part of its evidence to the commissioner, Democracy Watch cited a National Observer story that a member of the CAPP board of governors lobbied Scheer during a gala dinner event sponsored by one of CAPP’s member companies, Imperial Oil….

Recent changes to the Canada Elections Act ban third parties and political parties acting “in collusion with each other,” including through information-sharing, in order to “influence” the third party in its partisan campaign activities, ads or election surveys. MORE