[Editor’s note: Readers may be wondering which of the federal parties has earned the support of the labour movement, given the national arm, the Canadian Labour Congress, is not endorsing anybody this election. However, the BC Federation of Labour has now weighed in with this op-ed submitted to The Tyee.] 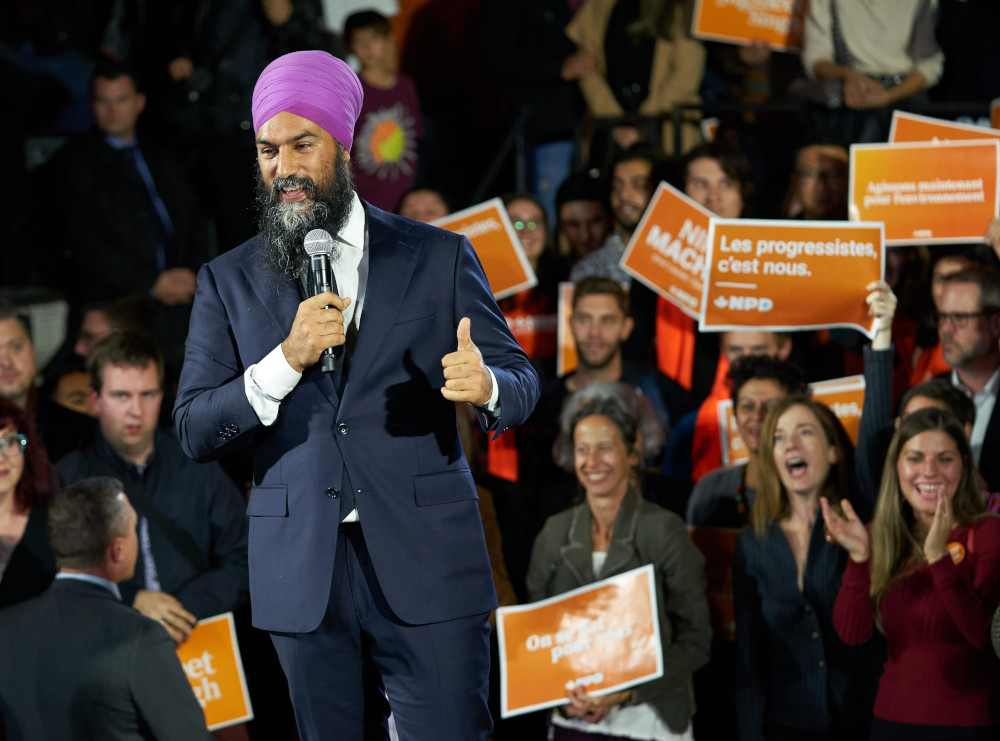 ‘Jagmeet speaks to the struggles facing so many Canadians in this moment of rising precarious work and economic anxiety.’ Photo by Valerie Blum, EPA.

This week, federal NDP Leader Jagmeet Singh joined striking hotel workers on a Vancouver picket line. He marched and chanted with hundreds of workers who had been out of work for over three weeks and voiced his support for their fight for safe working conditions, stable employment, and fair wages.

To us, Jagmeet’s support for these workers was much more than a campaign photo-op. It was a show of character and values.

Jagmeet used the opportunity to speak to the struggles facing so many Canadians in this moment of rising precarious work and economic anxiety for workers and their families. It was yet more evidence of a campaign that has made clear who Jagmeet is fighting for: working people. By taking time out from a busy campaign to show workers he cares, he exemplified the kind of principles, and leadership, we sorely need in a Prime Minister.

The NDP is currently enjoying a surge in support and excitement. It should be no surprise. When you have a clear focus on tackling inequality, taking on powerful interests, and investing in public programs, it tends to resonate with people, too many of whom are living pay cheque to pay cheque.

While the Conservatives and Liberals have focused their campaign messages on meagre competing tax cuts, Jagmeet has talked about big ideas. He has talked about tax fairness and being a voice for working people rather than the rich and wealthy. Indeed, the NDP has stressed the need for a new tax on the super-wealthy with fortunes over $20 million. That tax will not only help reduce economic inequality, it is part of ambitious plans to raise new revenues to fund access to new and expanded public programs.

Canada’s public health care system is rightly something Canadians are proud of. But Jagmeet has campaigned to improve on the status quo, to reduce costs and improve the lives of millions of Canadians through universal access. This includes creating a public pharmacare plan to pay for drug costs, and a public program to finally include free dental care in the health system.

The NDP is also offering solutions on three other affordability challenges that British Columbians know too well, promising a massive investment in new affordable housing, committing to forgive interest on student loans, and creating a desperately needed universal child-care program.

Under Jagmeet, the NDP has also been clear on the need for bold climate action with investments in clean energy, rapid transit and building retrofits from coast to coast to coast. The NDP’s plan includes recognizing Indigenous rights and ensuring workers in existing fossil fuel-related industries have meaningful supports during the shift to a green economy, while also ensuring green jobs are family- and community-supporting jobs. MORE