Australia’s northern coast is a case study on the impacts of a warming planet. Small-town leaders there are struggling with constituents who doubt reality. 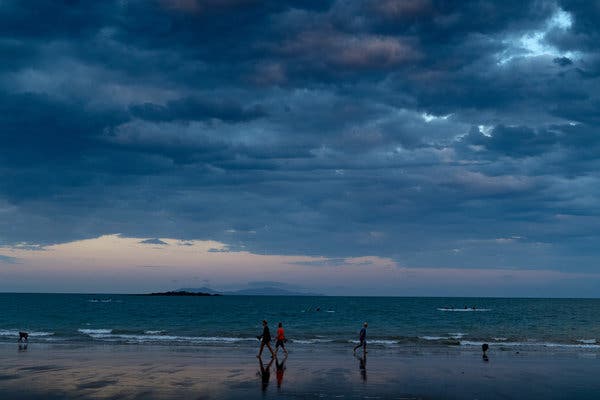 Bucasia Beach in Mackay, Australia, is a mining and agricultural hub. The coastal town offers a view of the rapid effects of climate change.CreditMatthew Abbott for The New York Times

BUCASIA BEACH, Australia — Mayor Greg Williamson crunched through the dead branches and kicked the sand. His government had planted trees near the shore to protect this northern Australian beach community from the effects of climate change, but someone had cut them down, apparently for a better view.

“It looks to me like they started at the beach and worked their way back,” he said, pointing to the 18 felled trees. “Bloody fools — look, you can still see the saw marks.”

“What they don’t realize,” he added, “is that if these dunes aren’t here, they’re not going to have a house or a view.”

When international leaders met last month at the United Nations to discuss climate change, and when millions of young protesters took to the streets, the focus was on sweeping global action. But for much of the world, the response to climate change looks more like the parochial struggles of Mayor Williamson: small-town leaders laboring to persuade a skeptical public about complex science and expensive decisions.

In few places is the challenge of adapting to climate change more immediate than in Australia, where 80 percent of the population lives within a few dozen miles of a coastline susceptible to rising seas and more punishing storms, and where the arid interior bakes under record temperatures. 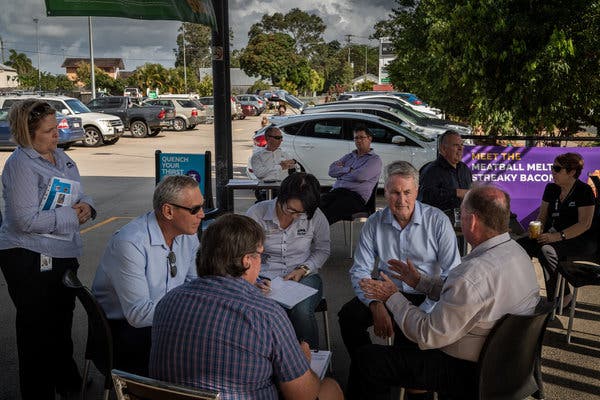 A decade ago, the country was at the forefront of adaptation expertise, creating a national research center to collect and share knowledge among academics and officials. But over time, the federal government lost interest, and in 2018 the facility’s funding fell to zero.

The conservative government has mostly dismissed calls for action on climate change, with Prime Minister Scott Morrison recently arguing that young activists like Greta Thunberg are causing “needless anxiety.” It’s a reversal that resembles what is happening in the United States, where the Trump White House has rejected established climate science, and cities like Miami have paid for their own coastal protection.

But the absence of national leadership does not change reality. It just puts more pressure on mayors and councils, including those in less populated areas, forcing them to become the climate infantry — the grunts who push through solutions on their own.

In Australia, they are the ones grappling with roads falling into the sea, with disputes over home insurance as costs rise, and with who will pay for preventive measures like taller barriers at marinas. They are also managing little-noticed budget ramifications, like the hiring of flooding consultants and the quicker depreciation in value of fleets of cars battered by increased salt and sand.

And that is just along the coast. Farther inland, local governments are trying to become experts in drought-monitoring technology, while areas that had never thought much about fire — even in rain forests — are suddenly examining worst-case scenarios.

For the regional council in Mackay, the challenge is especially palpable because the causes and effects of a warming planet stand side by side. MORE