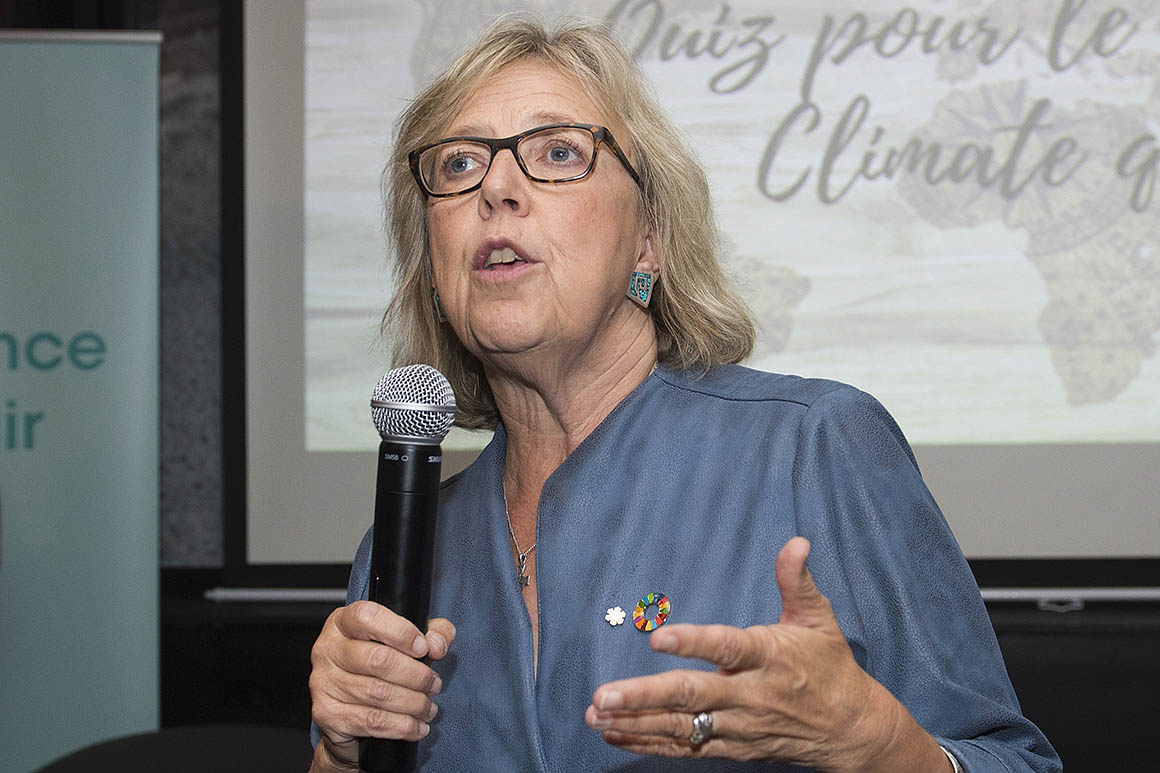 Canada’s Indigenous communities had high hopes that their priority issues such as public safety and drinking water quality would be in the headlines during this year’s national election, on the heels of a damning report that found the country hasn’t protected Indigenous women and girls.

But despite race issues being thrust to the forefront in the election amid Prime Minister Justin Trudeau’s blackface scandal, party leaders are saying little on the campaign trail about Indigenous inequalities.

The lack of discussion is especially noticeable after a government-appointed commission in June released the results of the three-year Inquiry into Missing and Murdered Indigenous Women and Girls, highlighting Canada’s complicity in “deliberate race, identity and gender-based genocide.” Some Indigenous leaders were hoping the confluence of the probe and the election would propel the issues they care most about into the spotlight.

“There’s nothing earth-shattering about what the parties are promising right now,” said Veldon Coburn, a professor of Indigenous studies at the University of Ottawa, saying Indigenous priority issues aren’t getting top billing in the parliamentary campaigns. “It’s just a matter of degrees of difference between one or the other.”

Urging all leaders to speak out

In September, the Assembly of First Nations, which represents nearly a million Indigenous people in Canada, released a policy document urging all political parties to recognize top issues for Indigenous people.

Green Party Leader Elizabeth May endorsed the First Nations’ agenda at a press conference last week, adding that if her party took control of government, she would introduce legislation to implement calls to action of both the National Inquiry and the previous Truth and Reconciliation Commission on residential schools.

“It’s time to end the era of colonial oppression and genuinely support Indigenous Peoples’ work and efforts towards self-determination so no one is left behind or excluded from their rightful heritage,” May said in a statement.

Trudeau is again promising action following the disturbing findings about Indigenous women and girls, but has said little on the campaign trail unprompted.

“The work of the commissioners, the stories they have collected and the calls they have put forward will not be placed on a shelf,” Trudeau said in June when the National inquiry was initially made public.

Since the report came out, Trudeau has said little about how he plans to prevent more murders. In his first speech after calling the election, Trudeau said he wanted to “move forward with everyone” but did not include Indigenous people among the Canadian communities he called out.

The National Inquiry, which split the nation with its use of the word “genocide,” detailed inequities and violence toward Indigenous women and girls and members of the LGBTQ+ community over the country’s colonial history.

“The calls for justice [provided in the report] are legal obligations and not just recommendations,” Native Women’s Association of Canada President Lucy Lorraine Whitman said at an Inter-American Commission on Human Rights panel in September.

In 2015, Indigenous voters had a 15 percent rise in voter turnout compared with the 2011 election. The result was a record 10 Indigenous Members of Parliament elected to the House of Commons — or 3 percent of the 338 seats, which is proportional to the number of Indigenous adults who live in Canada.

This year, 40 indigenous candidates are running for Parliament, according to CBC News.

Rudy Turtle, chief of the Grassy Narrows First Nation, who is running for Parliament with the New Democratic Party in his hometown of Kenora, Ontario, said at a press conference where he announced his decision to run in July that he chose the party because it has “done more for [Grassy Narrows] than the other two parties.” Kenora has been plagued with mercury contamination since the 1960s.

Turtle’s campaign themes mirror those of the NDP, which is attacking Trudeau for ignoring Indigenous people and other minorities.

“What bothers me the most about this is Prime Minister Trudeau raised the hopes of the most impoverished people of this country, but he forgot to say, ‘I’m just kidding,'” Bob Chamberlin, the NDP candidate for Parliament from Nanaimo-Ladysmith said in September at his campaign office in British Columbia. “The actions certainly did not live up to the commitments.”

Indigenous rights have come up in the party leader debates, although Trudeau skipped the first one in September to hold a rally in Edmonton, Alberta.

During Monday night’s debate the candidates were asked how they will handle concerns from Indigenous communities regarding the expansion of the Trans Mountain oil pipeline. The conversation quickly shifted toward a corruption scandal involving Trudeau’s government.

“I have nothing to learn from Mr. Trudeau who fired the first Indigenous attorney general for doing her job,” Conservative Leader Andrew Scheer said. “She said she would do politics differently, and you fired her when she did.”

Scheer was referring to allegations made in January that Trudeau pressured former Attorney General Jody Wilson-Raybould to cut a deal with SNC-Lavalin, an engineering firm facing corruption charges.

“Trudeau wanted to fight hard to keep SNC-Lavalin out of the courts, but he’s going to drag Indigenous kids to court,“ NDP leader Jagmeet Singh said. “That is wrong.”

In an earlier debate, Scheer did not directly respond to questioning about whether a Conservative government would appeal the Canadian Human Rights Tribunal’s September ruling that requires Canada to reimburse First Nations children who were made wards of the state under the on-reserve child welfare system.

But during a press conference last week at the Upper Kingsclear Fire Department, Scheer said, “It would be appropriate to have a judicial review” of the ruling.

When asked last Thursday during a press conference addressing supporters in Montreal if he would appeal the ruling, Trudeau side-stepped his answer saying, “We have always moved forward in a responsible way, and we will always make sure to do that as we move forward.”

The following day, the attorney general of Canada filed an appeal just days before the Oct. 7 deadline. In a statement released by his office, Indigenous Services Minister Seamus O’Regan said the government wants time to “address important questions and considerations such as who is to be compensated and the role of the Tribunal.”

Not one of the candidates brought up the National Inquiry during the debates.

But with the election in full swing, the government as well as federal public services are required to “act with restraint,” according to Canada’s Caretaker Convention. This means the calls for justice from the National Inquiry will stay in limbo until the new government can reassemble.

Critics argue there is no time to wait. Indigenous women and girls make up about 4 percent of the female population of Canada but 16 percent of all female homicides, according to government statistics.

“If there was a terrorist attack, there would be an emergency action,” said Pamela Palmater, a professor at Ryerson University. “There’s always a reason to not accept genocide.“ SOURCE

Reconciliation, Indigenous engagement in question ahead of election