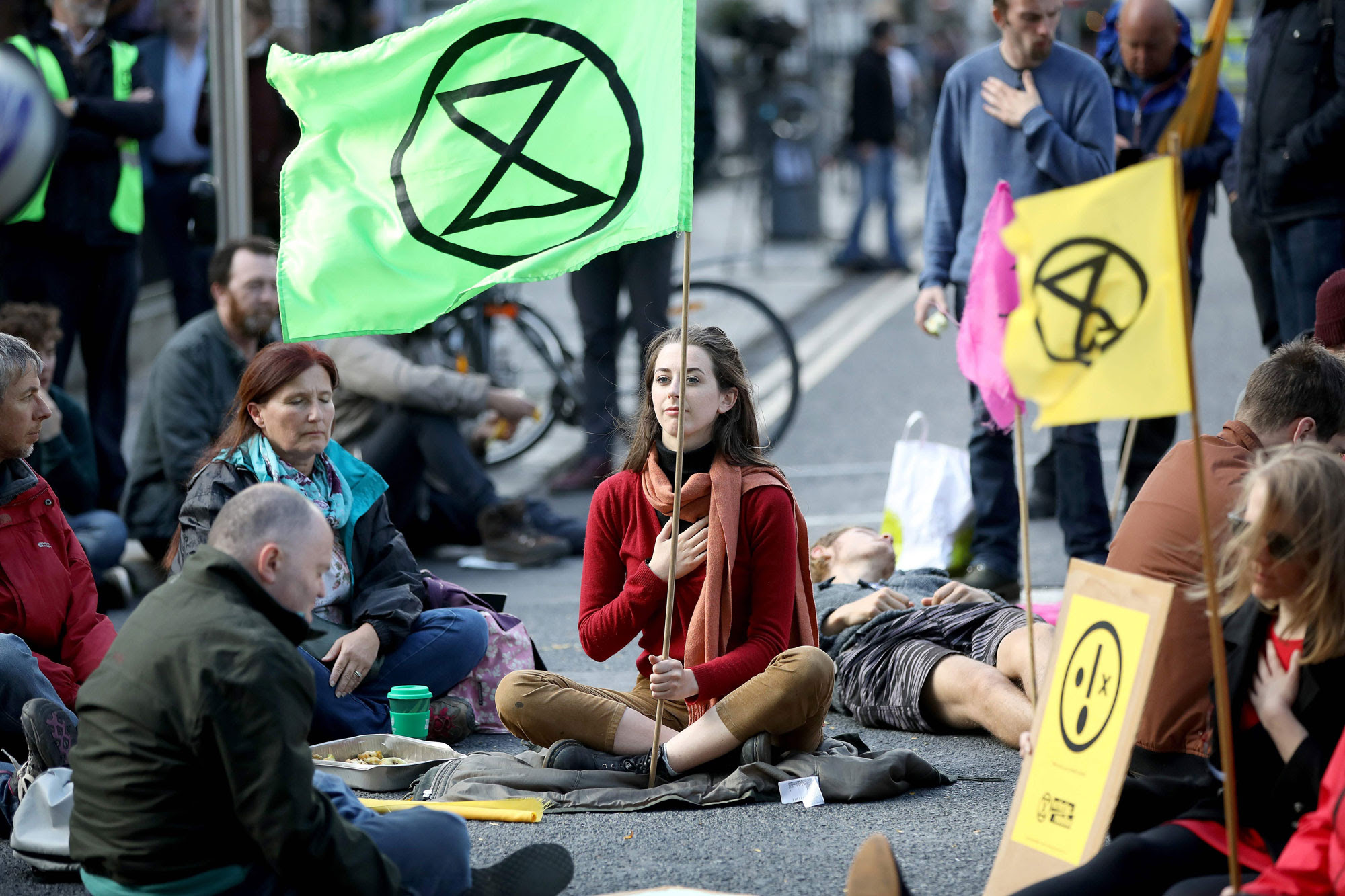 On Monday the activist group Extinction Rebellion blocked bridges in cities across Canada, including Halifax, Toronto, Edmonton and Vancouver.

While the climate action group may have been relatively unknown until now, it has been expanding rapidly around the world. Here’s a closer look.

What is Extinction Rebellion?

Extinction Rebellion (XR) was launched by British activists Roger Hallam and Gail Bradbrook on Oct. 31, 2018 — shortly after a report from the UN’s Intergovernmental Panel on Climate Change said policymakers have only 12 years to stop global catastrophic climate change.

The group is also concerned about findings that suggest humanity has entered the sixth global mass extinction event. XR’s symbol is an hourglass in a circle that represents time running out. Its mandate is to draw attention to the mass extinction of life on Earth and “minimize the risk of social collapse.”

How big is XR?

The group says its first protest in 2018 drew 1,500 people to Parliament Square in London. It has now spread to more than 60 countries with 350 local groups.

According to its website, there are more than 30 XR groups across Canada, at both the local and provincial levels.

What is XR demanding and from whom?

What kinds of tactics does XR use?

According to the group, it “uses nonviolent civil disobedience.” Its members’ tactics include blocking traffic on bridges and thoroughfares and glueing themselves to public buildings.

British author and environmental activist George Monbiot is a strong supporter of XR, and said the group is unlike anything he’s seen before.

“It’s really the first movement in my life that’s been of sufficient scale to address this issue,” Monbiot told CBC. “I’ve been an activist and journalist in this field for 34 years, and there’ve been lots of movements coming and going, and a lot of them have been great … but none of them has reached this scale and this impact.”

Why has this movement caught on so quickly?

Laurie Adkin, an associate professor at the University of Alberta‘s department of political science, said it’s unclear why XR has grown so quickly. One possibility is that in addition to the participation of many young people, we’re seeing an older generation of climate researchers and citizens concerned about climate change taking part after decades of political inaction. Adkin also said that XR might have staying power.

“I think it has a lot of growth potential because the crisis we’re facing is truly an existential one,” said Adkin.