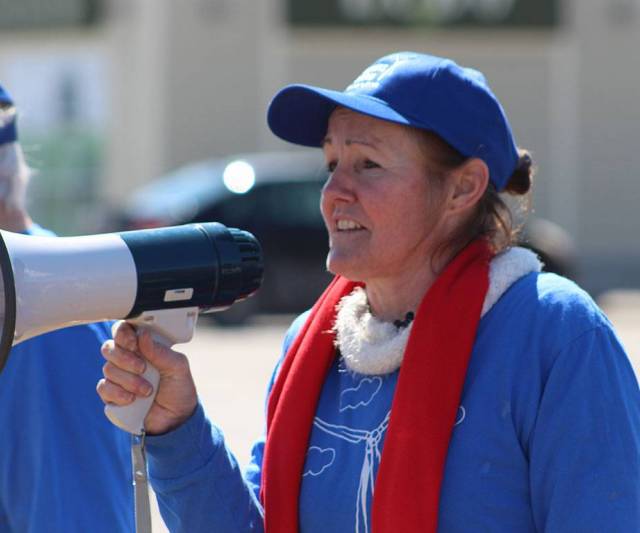 A Prince Edward County woman has expressed her concerns with the county’s handling of the climate crisis.

Jen Ackerman was one of several people who spoke to council on Tuesday night about the planned decommissioning of the White Pines wind project, and wondered what council has done to improve the situation since a proclamation was made to declare a climate emergency in late May.

“After a climate emergency was declared months ago, I’m still waiting to see something other than destruction happen around here,” said Ackerman in her deputation to council.

“I would like to know what anyone on council has done to combat the effects of climate change. I wonder if anyone has actually changed their ways or taken this crisis seriously.”

Ackerman said she was disappointed when she returned last week from a trip to the East Coast and saw more land had been cleared for development, and she also spoke in favour of green energy, like wind power.

She told council she had been taking significant action herself on climate change, including planting numerous of trees, installing solar panels on the farm on her property and using bullfrog energy, which is described as homegrown green electricity that comes from wind and water sources across Canada, to power her house, among other initiatives.

Ackerman also pointed out that the removal of turbines by WPD transport vehicles will lead to more fossil fuels in the air and eliminating renewable wind energy that could power half of households in the County “will set the County back.”

“The entire world is waking up to the need for change. There’s wind farms being built all over. The County is the only place backwards enough to tear them down,” she said.

She added that destroying a wind farm would be “completely senseless and totally insane,” and that the effects of climate change will be felt even stronger than it is now, if something isn’t done.

Ackerman was bold in asserting that she and her group would not give up in the fight to restore the wind farm.

“We will persist and we will continue to grow in numbers. We will never give up on the vision of one day having a wind farm in the County and some day in the future, being able to boast proudly that we are a part of a movement forward.

Many other residents in attendance at council, including Angela Lammes, also expressed their concern about the wind farm being dismantled on Tuesday.

Lammes said the announcement that the wind farm project was being cancelled came on a significant day on the world stage.

“September 23 was the same day that Greta Thunberg was in New York speaking to the United Nations about climate change. She was talking about green energy, while here in Prince Edward County, it’s being taken down. What must the rest of the world think of us?”

Others spoke to the climate crisis being the number one talking point among federal election leaders and the general public, the concern of not being able to build more houses due to environmental deterioration and sustainability for the future.

WPD White Pines is to begin decommissioning its turbines near Milford next Tuesday, Oct.15, and the work is expected to continue until the end of January.

The nine-turbine project was cancelled by the provincial government shortly after it was elected last year. SOURCE