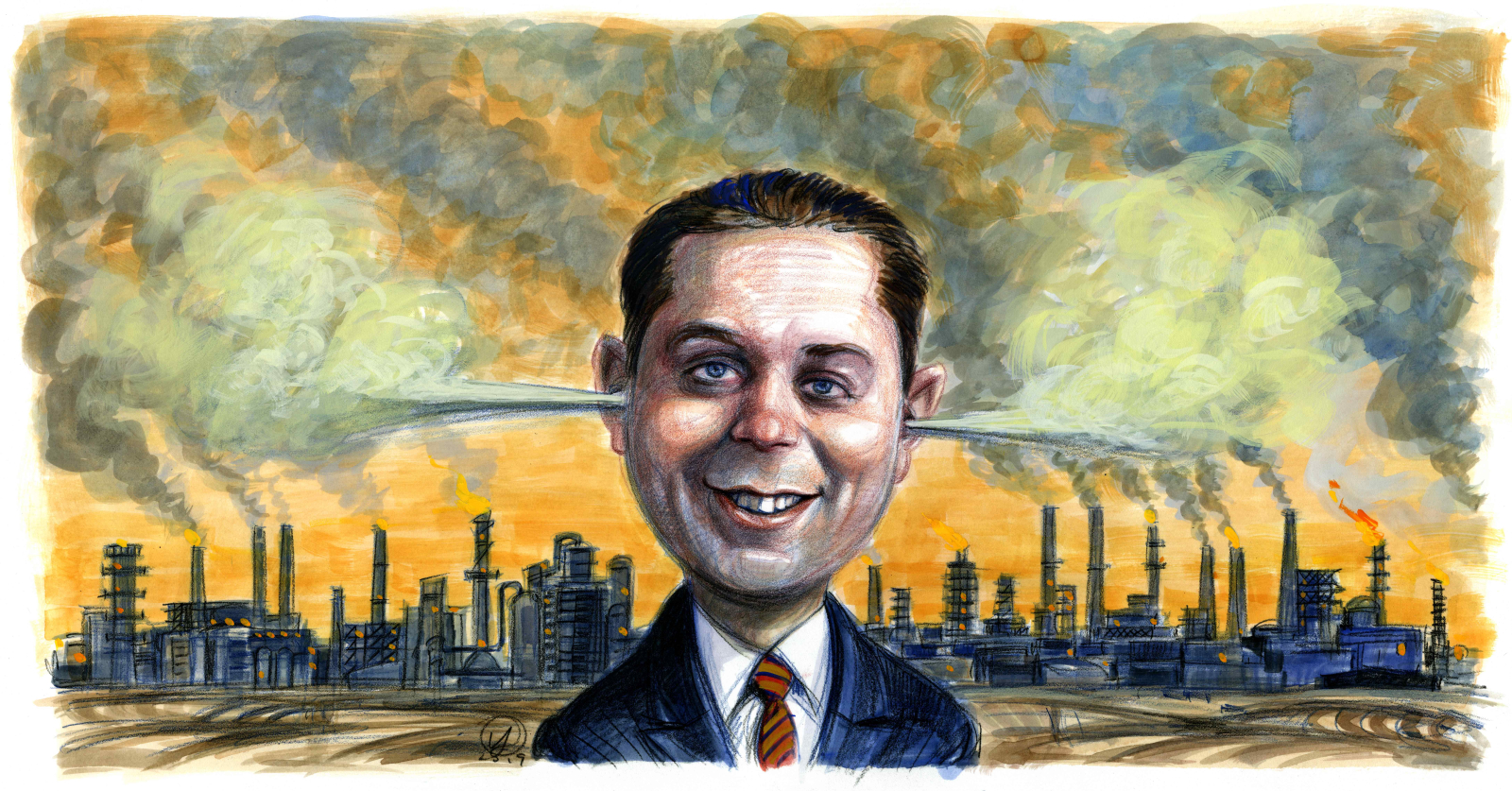 Standing in a forest of ash and birch trees about a 45-minute drive southwest of downtown Calgary, the Azuridge Estate Hotel is a luxury resort replete with fountains, waterfalls, gray stone façades and exposed wooden beams. It’s a popular wedding destination.

In a conference room at this verdant retreat on April 11, Conservative Party Leader Andrew Scheer and his campaign manager, Hamish Marshall, were huddling with a group of oil company CEOs along with Tim McMillan, president of the Canadian Association of Petroleum Producers (CAPP), Big Oil’s most powerful lobby group. All of the CEOs present, in fact, are members of CAPP’s board of governors.

One purpose of this meeting? To strategize on how to defeat Justin Trudeau’s government in the federal election this month. The agenda also included discussions about how to silence environmental critics of pipeline projects and the tar sands, including suing them in court.

CAPP disputes that the event itself was related to the election. But the fact that Andrew Scheer and his inner circle were scheming with oil industry executives to oust Trudeau comes as no surprise. After all, Scheer is widely acknowledged to be a creature of the house that Stephen Harper built — a party designed to serve the energy sector’s interests at every turn. MORE