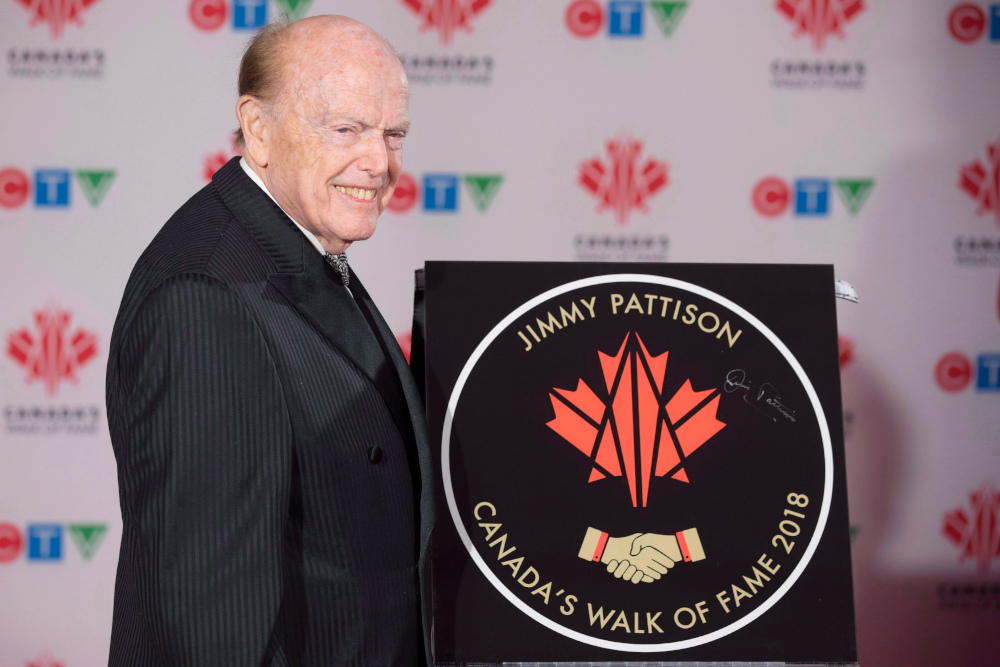 The NDP’s tax on the ultra-rich would affect billionaires like Jimmy Pattison. But is such a tax the best way to reduce inequality? Photo by Chris Young, the Canadian Press.

The NDP’s promised wealth tax on the ultra-rich would be a new step to reduce economic inequality in Canada, but quite a modest one compared to proposals being debated south of the border.

And while enthusiasm for a wealth tax is understandable when economic inequality is higher than it’s been since the 1920s, there are better ways to structure the tax system, said David Duff, a University of British Columbia professor who is an expert on tax law.

“I’m not a huge fan of wealth taxes,” Duff said. “Although in principle I would be opposed, I can understand the context for this… We live in a world where we have not taxed, in particular, capital income, certain kinds of income, to the same extent that we tax labour income.”

Policies like taxing capital gains at half the rate of other forms of income or allowing CEOs to be paid in stock options have allowed some people to accumulate large fortunes.

The NDP’s wealth tax would charge one per cent each year on the value of household assets above $20 million. It’s the only party proposing such a tax.

“It’s a wealth tax on those who are very, very, very wealthy,” NDP leader Jagmeet Singh told The Tyee.

The idea is to make sure people at the very top would pay their fair share, he said. The tax would raise about $9 billion a year from fewer than 2,000 people, Singh added.

Reaction to the proposal to tax wealth has been mixed, with progressive commentators more positive than conservative ones.

A column by Matthew Lau in the Financial Post called the proposal “class warfare” and said, “The NDP’s plan for a wealth tax, however, breaks a sort of glass ceiling on the worst taxes proposed in Canada.”

Another Financial Post piece by Montreal Economic Institute researcher Gaël Campan said that while the proposal sounds good, it would be a “tragic mistake.” (The institute has been described as “a kind of Fraser Institute in Quebec.”)…

Canadian Centre for Policy Alternatives senior economist David Macdonald, meanwhile, argued that the proposal addresses the rise in economic inequality that he and others have long tracked in Canada.

“The wealthiest families in Canada — representing fewer than 100 families, each with net worth over $1 billion — have accumulated more wealth than the bottom 12 million Canadians combined,” he wrote. Those 100 families would pay half the amount that the NDP’s tax would raise.

Macdonald did sound a warning. “Because this tax applies to a very small group of very well-resourced people, their accountants will be busy looking for ways to avoid or at least mitigate it, as the wealthy in other countries have successfully done,” he wrote.

“For legislation of this sort to be effective it would have to be strong, with loopholes identified and quickly shut down, which can certainly present challenges.”

Erika Beauchesne of the advocacy group Canadians for Tax Fairness wrote that while her organization has been promoting an inheritance tax that would apply at death instead of annually, action on inequality is needed.

“The question and debate should no longer be whether we have increased taxes on wealth and capital, but what form they should take,” she wrote. “We should thank the NDP for getting this debate going in Canada and look forward to seeing what other federal political parties propose.”

The discussion about wealth taxes in Canada echoes the debate in the United States where two of the leading candidates for the Democratic presidential nomination are proposing to tax wealth.

Elizabeth Warren is pitching a two-per-cent annual tax on a household’s net worth over $50 million and three per cent over $1 billion.

And Bernie Sanders is proposing a tax that would start at one per cent on a married couple’s wealth of at least $32 million, then gradually rise in seven steps to a top tax of eight per cent on net worth over $10 billion. MORE