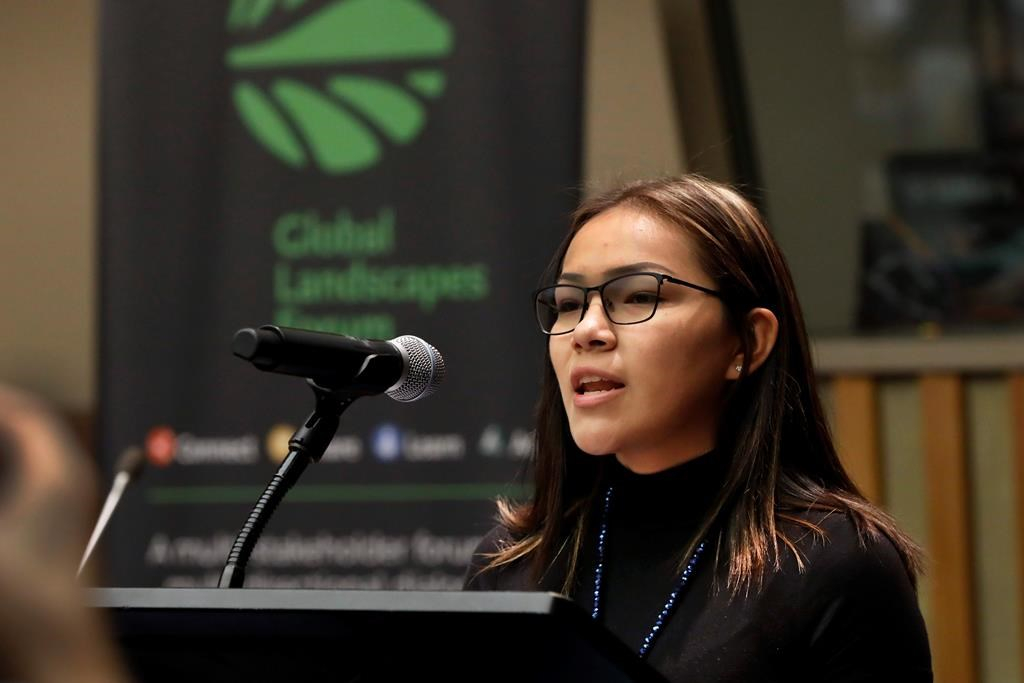 The 15-year-old activist from Wiikwemkoong First Nation on Manitoulin Island in northern Ontario urged the global community to respect the sacredness and importance of clean water.

Peltier spoke at the Global Landscapes Forum, a platform on sustainable land use founded by UN Environment and the World Bank that’s dedicated to achieving development and climate goals.

She used the speech to draw attention to the lack of clean water in numerous Indigenous communities, which she says sparked her activism.

“All across these lands, we know somewhere were someone can’t drink the water. Why so many, and why have they gone without for so long?”

She said she’s been taught traditional knowledge from an early age about the sacredness of water, and that more should learn these lessons.

“Maybe we need to have more elders and youth together sitting at the decision table when people make decisions about our lands and waters.”

Peltier called for an end to plastic use as one step in restoring a more sustainable world.

Her speech comes a day after huge crowds took to the streets in Canada as part of a global climate strike.

The speech was her second at the UN headquarters, having urged the General Assembly to “warrior up” and take a stand for our planet last year.

Peltier, who is nominated for the 2019 International Children’s Peace Prize by the David Suzuki Foundation, has spread her message at hundreds of events around the world.

In 2015, Peltier attended the Children’s Climate Conference in Sweden, and a year later, confronted Prime Minister Justin Trudeau about his “broken promises” at a meeting of the Assembly of First Nations. SOURCE