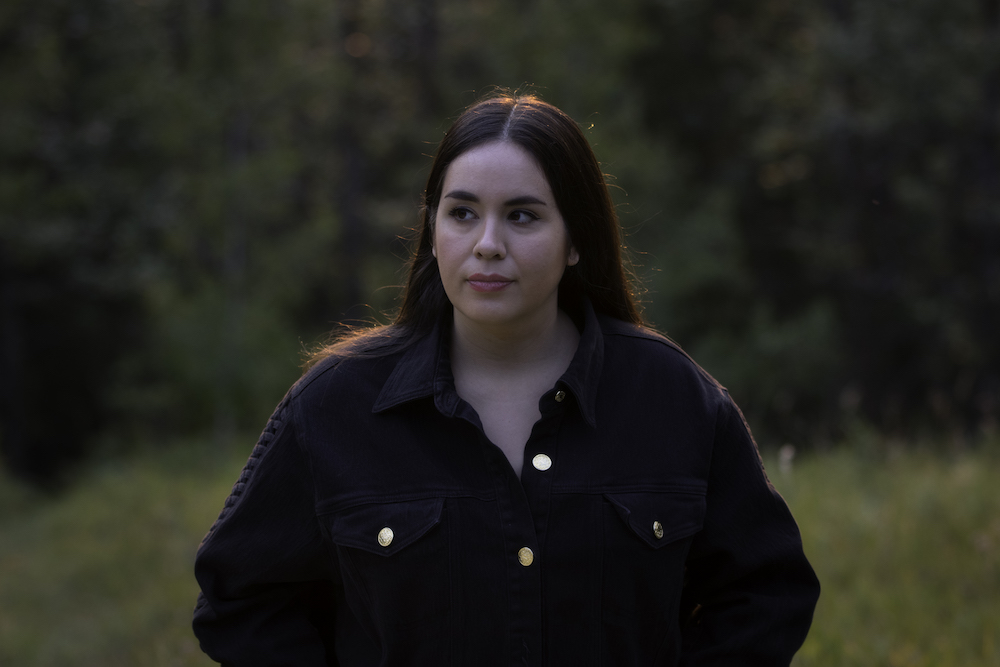 Emily Riddle: Here we are in 2019 and the discourse in this election around the ‘nation-to-nation’ relationship has been very different. Photo by Conor McNally.

Tan’isi. My name is Emily Riddle. I’m nehiyaw from Treaty 6 with a few things to say about the federal election. Welcome to The Run.

There are opportunities when settlers elect a government that chooses to provide funding for services, such as health and education, negotiated in treaties.

But don’t assume the outcome of federal elections will provide major gains for Indigenous peoples.

Settler law made in the House of Commons affects our lives, and the actions taken (or not taken) by the next federal government will have serious implications for our inherent and treaty rights.

I’ve worked in First Nations policy and studied Indigenous governance for the past 10 years. I’ve seen the shift from aggressive anti-Indigenous legislation and policy under the Harper government, which gave rise to resistance through groups like Idle No More, to perhaps a more gentle erosion of inherent and treaty rights under the Trudeau government, along with some meagre increased funding for education, health and infrastructure.

I recently moved from Musqueam, Squamish and Tsleil-Waututh territories back to my home territories in Treaty 6. The conversations around the election in Alberta are very different than those in British Columbia.

I pay close attention to federal elections, party platforms and bills tabled in the House of Commons. But I don’t vote in federal elections. I view not voting as a small political dignity I’m able to maintain as a Treaty 6 person whose people have never given up the right to govern ourselves and our territories.

Voting has historically been connected to the “enfranchisement” of First Nations people. When a First Nations person was enfranchised, they ceased being able to access any inherent and treaty rights and were “welcomed” to Canada as a full citizen.

But if our first experience with Trudeau taught us anything, it’s that First Nations people are at least “Citizens Plus” — we have additional rights as Indigenous people that go beyond our rights as Canadian citizens.

Many Indigenous people see voting differently, with some thinking of it as a harm-reduction technique. Others choose to vote as proud Canadians or dual-citizens of their Indigenous nation and Canada.

We can’t ignore the fact that a Conservative federal government likely means increased Indigenous death. Cutting essential services, which conservative governments often do, is a form of state violence, and we know that Indigenous peoples often lack access to basic needs such as clean drinking water and health care.

Unsurprisingly to any First Nations person from Alberta, Justin Trudeau inherited a few things from his father, including some of the logic of the proposed Indigenous Rights, Recognition and Implementation Framework from the 1969 Statement of the Government of Canada on Indian Policy. Groups such as Idle No More, Defenders of the Land and Truth Campaign Networks asserted that the framework sought to convert Indigenous nations into an ethnic minority within Canada, devoid of rights as nations.

So here we are in 2019, and the discourse in this election around the “nation-to-nation” relationship has been very different. Trudeau is certainly not talking about “Canada’s most important relationship” like he did in 2015 or at the beginning of his term as prime minister.

In fact, the New Democratic Party and the Green Party of Canada are the only ones who have revealed their platform positions on Indigenous issues. Both contain significant promises to work towards mending the relationship with Indigenous peoples, including increased spending on health and wellness, child welfare and education. It’s important to remember that we only make up a significant population in 12 federal ridings, so these promises are still directed at settler voters.

To the settlers who show up to vote with their relationship with Indigenous peoples and our territories in mind, please know that your responsibilities extend beyond that small act. If you live in an area with a treaty, learn your rights and responsibilities under that agreement. If you live in an unceded area, learn about and support the nations whose territory you occupy.

Rather than voting, my responsibility is to continue to advocate for the return of our territories from Canada and the renewal of our own governance systems, as I have argued elsewhere.

No matter what prime minister Canadians elect on Oct. 21, the relationship with Indigenous peoples will be fraught as long as Canada continues to claim sole sovereignty over our territories. SOURCE