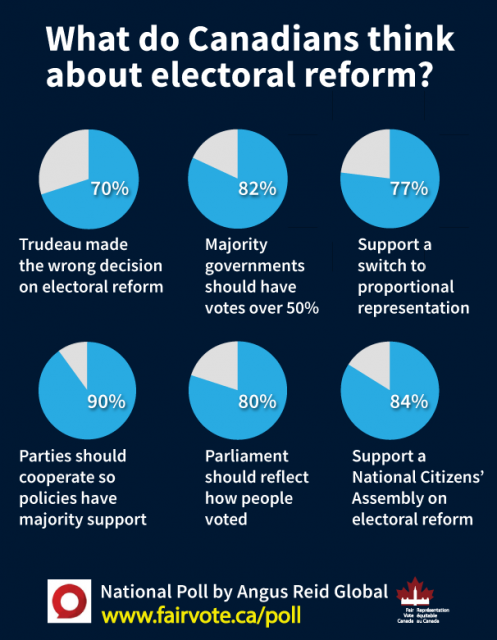 The Trudeau Liberals promised to end first-past-the-post, and make every vote count. In February 2017, the Liberals announced they were breaking their promise. Trudeau stated, “It was my choice to make.” He stated that if you don’t agree with his decision, “That is what elections are for.”

Find out which parties and candidates we’re endorsing in this election.

Learn about our target ridings this election – and how you can help.

Read the results of the Angus Reid national poll on electoral reform. Learn more about our call for a National Citizens’ Assembly on Electoral Reform.