There were 278 demonstrations across Canada to call for action on climate change Friday, according to Fridays for Future. While tens of thousands of people crowded the streets in cities like Toronto and Montreal, protests in smaller centres still packed a punch.

In Yellowknife, organizer Kyle Rogers said more than five per cent of the city’s population of 18,800 — or about 1,000 people — showed up. 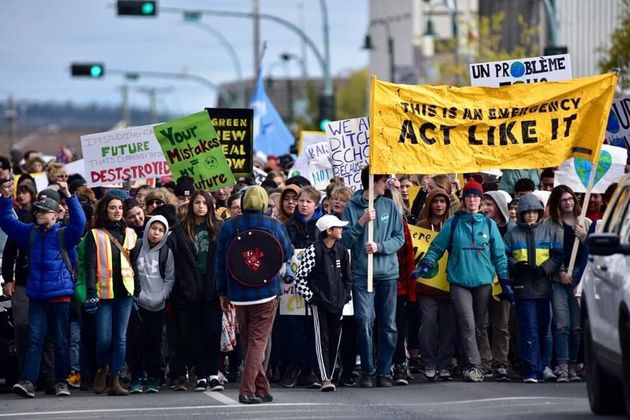 More than 1,000 people showed up for a climate strike in Yellowknife on Sept. 27, 2019, organizer Kyle Rogers says. KYLE ROGERS

“Climate change is the most important issue in history and we need to take drastic action now before it’s too late,” he said in an email to HuffPost Canada.

“The climate crisis warms the north three times the rate as the rest of the world. I helped with the strike because politicians around the world don’t do nearly enough to truly make a difference. It’s our future so we need to protect it.”

“We didn’t start the fire … but apparently we have to put it out,” demonstrators at a climate strike in Yellowknife say. KYLE ROGERS 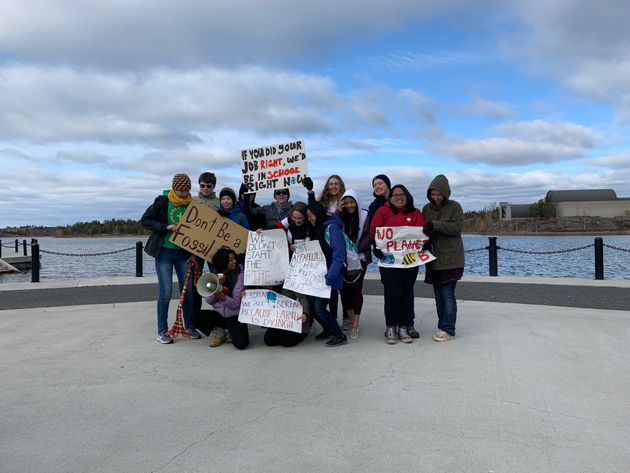 Another event in Picton, Ont. drew about 60 protesters. Picton is a community of 4,700 people, about 160 kilometres east of Toronto.

Many drivers who passed the action on Main Street gave support with thumbs up and honks, organizer Don Ross told HuffPost.

Ross, 65, said many baby boomers don’t think they need to do anything about climate change because it won’t impact them.

“It really bothers me,” he said.He and his wife Heather “feel our generation is ‘throwing our kids under the bus’ and we have a moral imperative to do something now.”

“We are the problem. We are the solution,” is protester Heather Ross’ message at a climate strike in Picton, Ont.DON ROSS 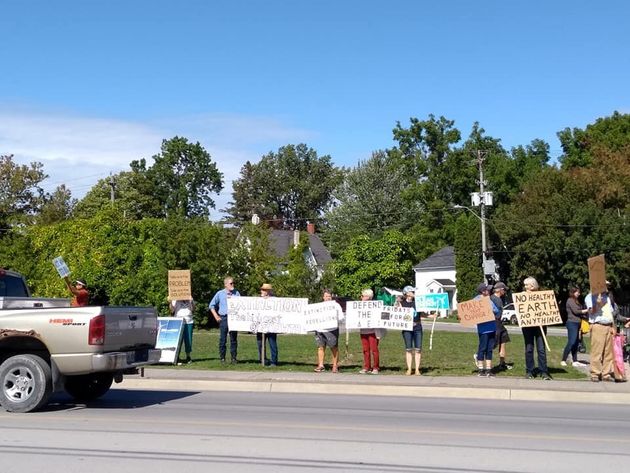 Demonstrators take to Main Street in Picton, Ont. to demand action on climate change on Sept. 27, 2019.

He said he’s upset that the Ontario government is dismantling a local wind farm project that could have provided renewable energy.

“At a time when the world is being driven to take action, here in Prince Edward County, we’re taking down a wind farm … It’s really sad.”

Terrace, B.C., a city in northwestern British Columbia with 13,600 people, saw climate strikes both this week and last week.

Leticia Kistamas, who organized the strikes there, said she’s very concerned about the future for her three children.

She said she’s particularly worried about the amount of plastic pollution in the ocean.

About 60 people came out for last week’s event, Kistamas said.

“We had people from all walks of life,” she said. There were people from Indigenous nations, conservation groups and political parties as well as “teachers, parents, children, grandparents, scientists and high school students.”

There was also an action in Moncton, N.B.

Newfoundlanders came out in droves for the strike in St. John’s.

The crowd was loud in Sault Ste. Marie, Ont.