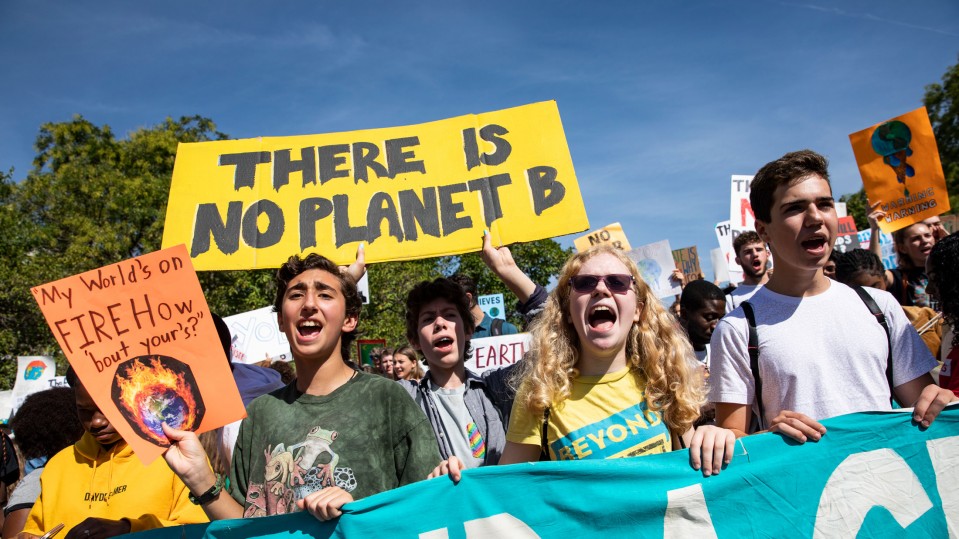 More than a million students, workers, and others poured into the streets of major cities across the world on Friday, in what was likely the largest protest to date demanding action to halt climate change.

The kickoff of the Global Climate Strike, ahead of the United Nations Climate Action Summit in New York this week, was the latest and loudest signal yet that climate activism is coalescing into a powerful global movement.

“It sure feels like the climate strikes were a turning point,” says Costa Samaras, director of the Center for Engineering and Resilience for Climate Adaptation at Carnegie Mellon. “Policy progress on climate change comes from politicians, and politicians count votes. There were a lot of potential voters in the streets.”

The real question, of course, is whether there’s enough pressure and enough votes, not just to prompt bold talk from progressive politicians but to pass rigorous policies and treaties in the face of intense government polarization.

The stated demands of the protests, organized by young people concerned about the changes they’ll see in their lifetimes, include an immediate end to the use of fossil fuels, a rapid shift to 100% renewable energy sources, and “equity, reparations and climate justice.”

Certainly some politicians have taken note of the growing global calls for action. A sweeping, multibillion-dollar climate plan is the basic cost of entry for any candidate seeking the Democratic nomination in the upcoming US presidential election.

But have attitudes toward climate change really shifted enough across the electorate? The polling presents a mixed picture. MORE