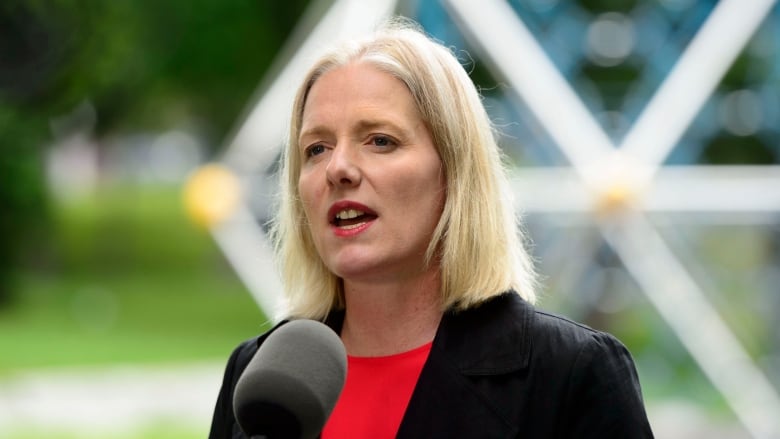 The Liberals are promising to push Canada to net-zero emissions by 2050, joining the European Union and countries making the same pledge at the United Nations in New York City this week.

The Liberal Party’s plan is to set legally-binding, five-year milestones to reach net-zero emissions in 30 years. The party says the net-zero plan would be based on the advice of scientists, economists and other experts, as well as consultations with Canadians — but it’s offering scant details so far on exactly how the target would be met.

Net-zero means some sectors could still emit carbon pollution, but those emissions would be offset by other actions such as planting trees.

Ottawa Centre Liberal candidate Catherine McKenna, who has been serving as federal environment minister, said Canadians have a stark choice to make on climate policy in this election.

“Conservative politicians want to stop this progress. They want to follow (Ontario Premier) Doug Ford’s example, where it’s free to pollute, where we cancel programs that are helping businesses, schools, hospitals, people save money and do right by the environment,” she said during a campaign event at a local Ottawa company that transitions homes and businesses to solar power.

“That is exactly what [Conservative Leader] Andrew Scheer would do, too.”

Pressed by reporters on how the Liberals would achieve the ambitious targets, McKenna was light on specifics. She would not say if pursuing a net-zero target would require an increase in the carbon tax, or what penalties could be imposed for not meeting legislated emissions targets.

McKenna said the path forward would be charted by an expert panel, adding climate change represents both a moral responsibility and an economic opportunity for Canada.

The climate change plan would include bringing in something called a “Just Transition Act” to give workers in affected sectors access to training, support and new opportunities to adapt to the transforming economy.