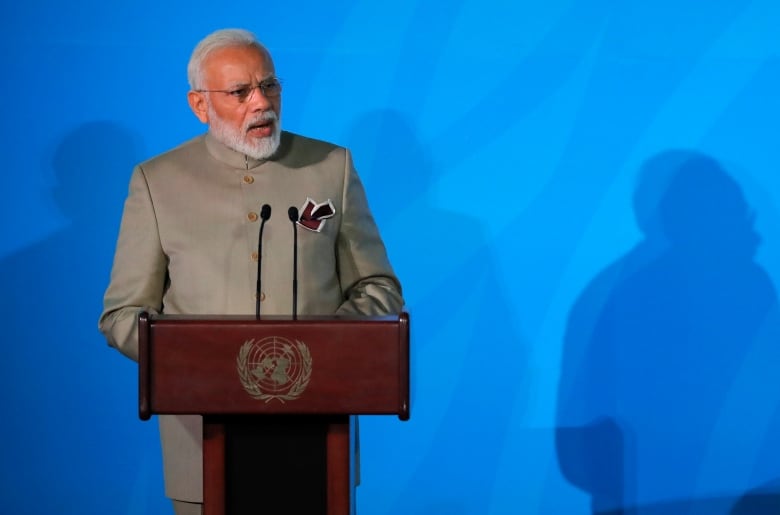 Prime Minister Narendra Modi of India, which produces more carbon emissions than all countries but the U.S. and China, detailed India’s commitments to combat climate change on Monday in New York. (Lucas Jackson/Reuters)

Days after millions of young people took to the streets worldwide to demand emergency action on climate change, world leaders gathered at the United Nations in New York City on Monday to try to inject fresh momentum into stalling efforts to curb carbon emissions.

Thunberg, visibly emotional, said in shaky but stern remarks at the opening of the summit that the generations that have polluted the most have burdened her and her generation with the extreme impacts of climate change.

UN Secretary General António Guterres has warned governments that they would have to offer action plans to qualify to speak at the summit, which is aimed at boosting the 2015 Paris Agreement to combat global warming.

Merkel said Germany would double its spending to fight climate change to €4 billion ($5.8 billion  Cdn), while Modi pledged to increase his country’s commitment to renewable energy, as well as spending the equivalent of $50 billion Cdn through 2025 to shore up water conservation efforts. 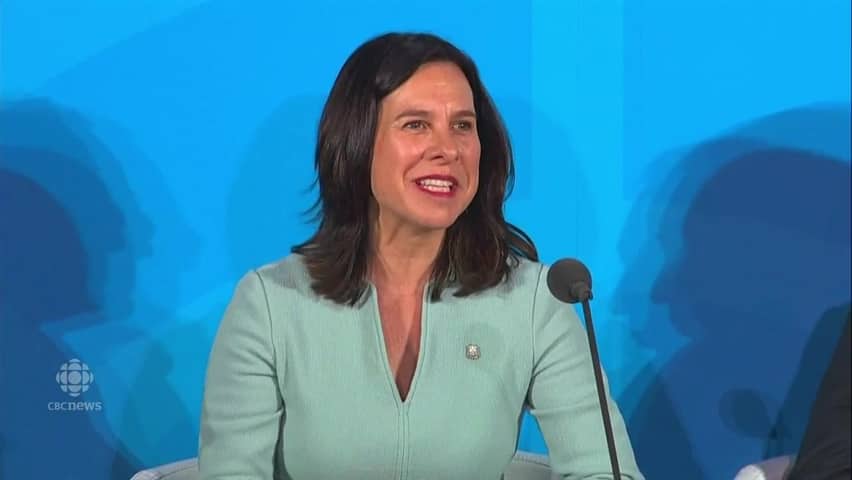 Montreal Mayor Valérie Plante told the United Nations that cities are on the front lines in the fight against climate change. 4:15

Among the day’s other initial announcements was one from the Marshall Islands, whose president, Hilda Heine, said she would seek parliamentary approval to declare a climate crisis on the low-lying atoll, which is already grappling with sea level rise. MORE