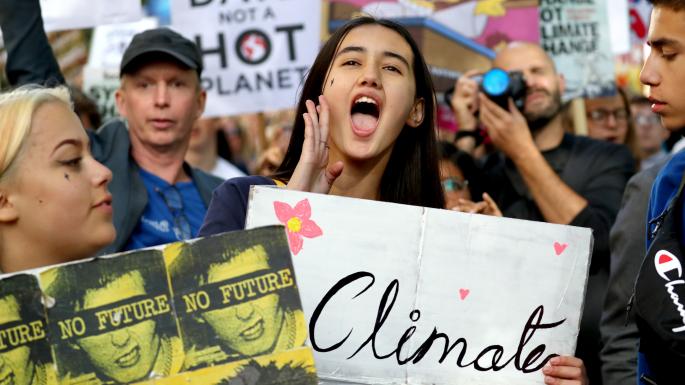 Hundreds of thousands of young people were taking part in worldwide protests today in response to Greta Thunberg’s demands for action on climate change.

More than 300,000 people joined demonstrations in Melbourne, Sydney and other Australian cities at the start of what is expected to be the largest environmental protest in history. Organisers of the “Global Strike 4 Climate” in Australia said that the number of protesters had doubled since the climate change demonstrations in March.

More than 200 protests are taking place today in the UK, according to the UK Student Climate Network (UKSCN). SOURCE