Shinjiro Koizumi says: ‘We will be doomed if we allow another accident to occur’ 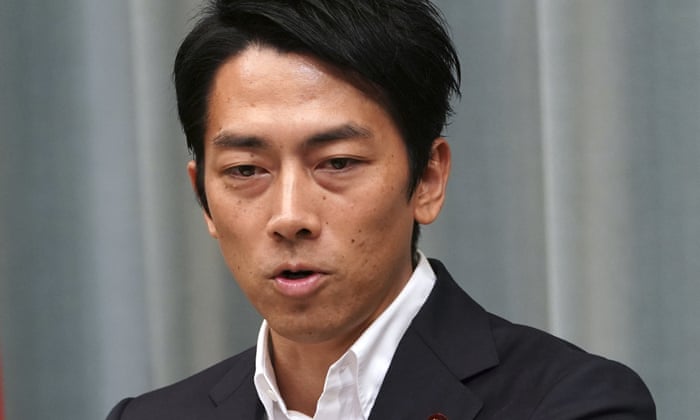 Newly appointed Japanese environment minister Shinjiro Koizumi has called for nuclear reactors to be scrapped rather than restarted after Fukushima. Photograph: Eugene Hoshiko/AP

Japan’s new environment minister has called for the country’s nuclear reactors to be scrapped to prevent a repeat of the Fukushima nuclear disaster.

Shinjiro Koizumi’s comments, made hours after he became Japan’s third-youngest cabinet minister since the war, could set him on a collision course with Japan’s pro-nuclear prime minister, Shinzo Abe.

“I would like to study how we will scrap them, not how to retain them,” Koizumi, 38, said. “We will be doomed if we allow another nuclear accident to occur. We never know when we’ll have an earthquake.”

Koizumi faced an immediate challenge from the new trade and industry minister, who said that ridding Japan of nuclear power was “unrealistic”.

“There are risks and fears about nuclear power,” Isshu Sugawara told reporters. “But ‘zero-nukes’ is, at the moment and in the future, not realistic.”

Japan’s government wants nuclear power to comprise 20% to 22% of the overall energy mix by 2030, drawing criticism from campaigners who say nuclear plants will always pose a danger given the country’s vulnerability to large earthquakes and tsunamis.

Abe, however, has called for reactors to be restarted, arguing that nuclear energy will help Japan achieve its carbon dioxide emissions targets and reduce its dependence on imported gas and oil.

All of Japan’s 54 reactors were shut down after a giant tsunami caused a triple meltdown at the Fukushima Daiichi nuclear power plant in March 2011.

Nuclear power accounted for about 30% of Japan’s energy production before the disaster. Today, just nine reactors are back in operation, having passed stringent safety checks introduced after the Fukushima meltdown.

But the government is unlikely to meet its target of 30 reactor restarts by 2030 amid strong local opposition and legal challenges. MORE

Fukushima: Japan will have to dump radioactive water into Pacific, minister says

Fukushima fishermen concerned for future over release of radioactive water