Want to know how to reduce your carbon footprint? It’s more complicated than you may imagine 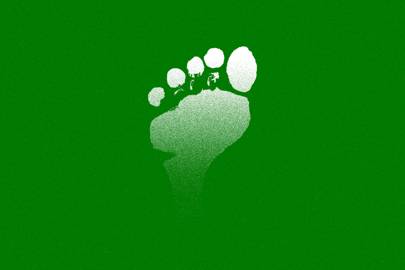 In the fight for climate preservation, a growing number of people are planning to relieve the earth of more carbon-chugging entities by abstaining from reproduction – saving the planet a tidy 58.6 tonnes of carbon a year in the process. But we hear comparatively less extreme recommendations all the time: go vegan (or at the very least, flexitarian), take trains instead of planes, browse the rails of secondhand shops instead of Primark.

Tweaks at the individual level can only go so far, and the onus should be on vast, powerful industries to curb pollution, as well as governments to take urgent and radical action on cutting our reliance on fossil fuels. This means joining an activist group or petitioning your local politician are a couple of the best ways you can take action on climate.

But on a smaller scale, do the most hyped environmentally-friendly lifestyle changes really make an impact – and to what degree? Here, we pick apart some of the most common recommendations. (You can calculate your annual carbon footprint here).

There’s a good reason why flights take the brunt of environmentalists’ ire. They can account for a huge proportion of your annual carbon footprint – particularly if you’re a habitual or long-haul flyer. Research from The Guardian has found that one long-haul flight can produce more carbon emissions than the average citizen produces in a year in a number of countries. For example, a long-haul return flight from London to New York produces around 986kg of CO2 per passenger, more than the annual carbon emissions of citizens in 56 countries, including Burundi and Paraguay.

How much carbon would taking a train instead of flying really save? EcoPassenger provides a comprehensive guide to different modes of transport and their various carbon impacts. For example, from London to Budapest, the train journey – albeit taking a gruelling 21 hours – produces the least carbon emissions, at 55.9kg of CO2. This is exceeded by both car (181.2kg) and plane (225.3kg). Train expert The Man in Seat 61, has calculated the carbon reductions involved in taking trains over planes for popular routes across the world. He found that travelling from London to Paris by Eurostar instead of plane results in slicing carbon emissions by 91 per cent.

However, while train over bus may generally hold true, it can depend on where you’re travelling. The National Geographic tracked how much carbon would be expelled by different methods of transport between Toronto and New York and the results are somewhat surprising. An hour and a half plane journey is the least energy efficient mode, but the train forfeited first place to the humble Greyhound bus. This is because the Amtrak train releases a high volume of diesel fuel emissions. In Europe and other places, trains are more environmentally friendly. For example, the Eurostar is one of the cleanest ways to travel, producing just 0.015kg CO2 per km per passenger.

Boats are another mode of transport where counterintuitive logic can seep in. While boats might generally be considered fairly environmentally friendly, this isn’t always the case. In fact, a study foundthat a certain type of boat, the Large RoPax passenger ferry, was actually more polluting than taking a first class flight (0.39kg of CO2 per Km per person compared to 0.32kg CO2 per km per person). However, a different type of foot passenger ferry releases much lower levels, about 0.18kg of CO2 per km, and is ranked as one of the cleanest ways to travel

If you do have to fly, make sure to pick economy class, because the carbon burden is shared among more passengers. Flying first class is associated with carbon emissions nine times more than economy. MORE