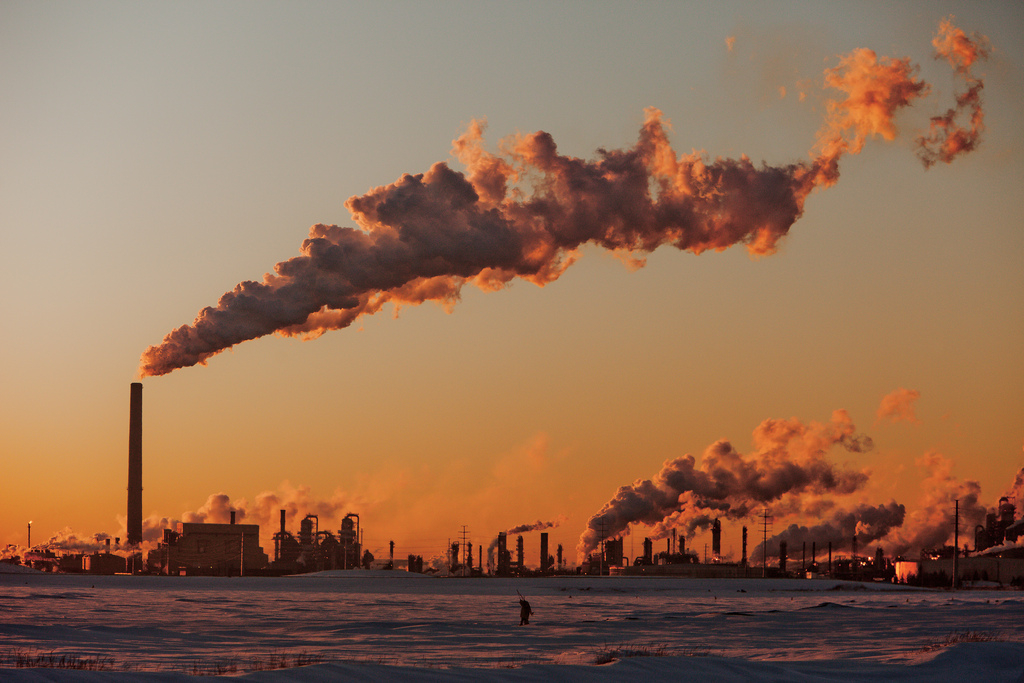 A shot of Fort McMurray, Alberta in 2012. Photo by Kris Krüg from Flickr

The Trudeau government and the petrobloc (the fossil fuel industries and their political, financial and media allies) would like you to believe that the expansion of the Trans Mountain pipeline (TMX), intended to triple the flow of diluted bitumen from the Athabasca Sands to the port of Vancouver, is a done deal.

But the latest approval of TMX by the Trudeau government and the industry-friendly National Energy Board does not settle the issue.

There are significant legal challenges from six major First Nations whose territories include much of the proposed pipeline route through B.C. Ecojustice is litigating in the Federal Court of Appeal to defend the critically endangered southern resident orcas. The B.C. government is taking its case for jurisdiction over the transport of diluted bitumen within B.C. to the Supreme Court.

The Indigenous-led, grassroots place-based resistance that encouraged the Texas-based multinational Kinder Morgan (founded by two former Enron executives) to walk away from the project, is re-emerging, after the construction delay imposed by the Federal Court of Appeal in August 2018.

And the federal election in October could give the balance of power to two parties – Greens and New Democrats – which are opposed to the pipeline.

Now, a new front has opened up: a national campaign to halt fossil fuel subsidies on which projects like TMX depend.

But the federal government’s 2018 purchase of the pipeline has added an enormous new risk to Canadian taxpayers. While the petrobloc touts TMX as a route to economic prosperity, taxpayers may see more pain than gain.

Buying the pipeline alone cost taxpayers $4.4 billion, far more than analysts said it was worth, with a further nine to 12 billion dollars needed for expanding its capacity, locking Canada further into planet-heating infrastructure while creating far fewer permanent jobs than investment in renewable energy.

“Trans Mountain has been losing money since Ottawa overpaid for it, leaving taxpayers on the hook,” economist Robyn Allan told me. “Revenues from tolls on the existing line are insufficient to cover all the interest expense or any of the principal amount the government borrowed to finance the acquisition of the 66-year-old pipeline. Billions more in taxpayer-funded subsidies will be required to finance the expansion since shipper tolls will not cover the cost of building it.” MORE

Canadian governments give billions of your tax dollars to subsidize oil and gas companies.