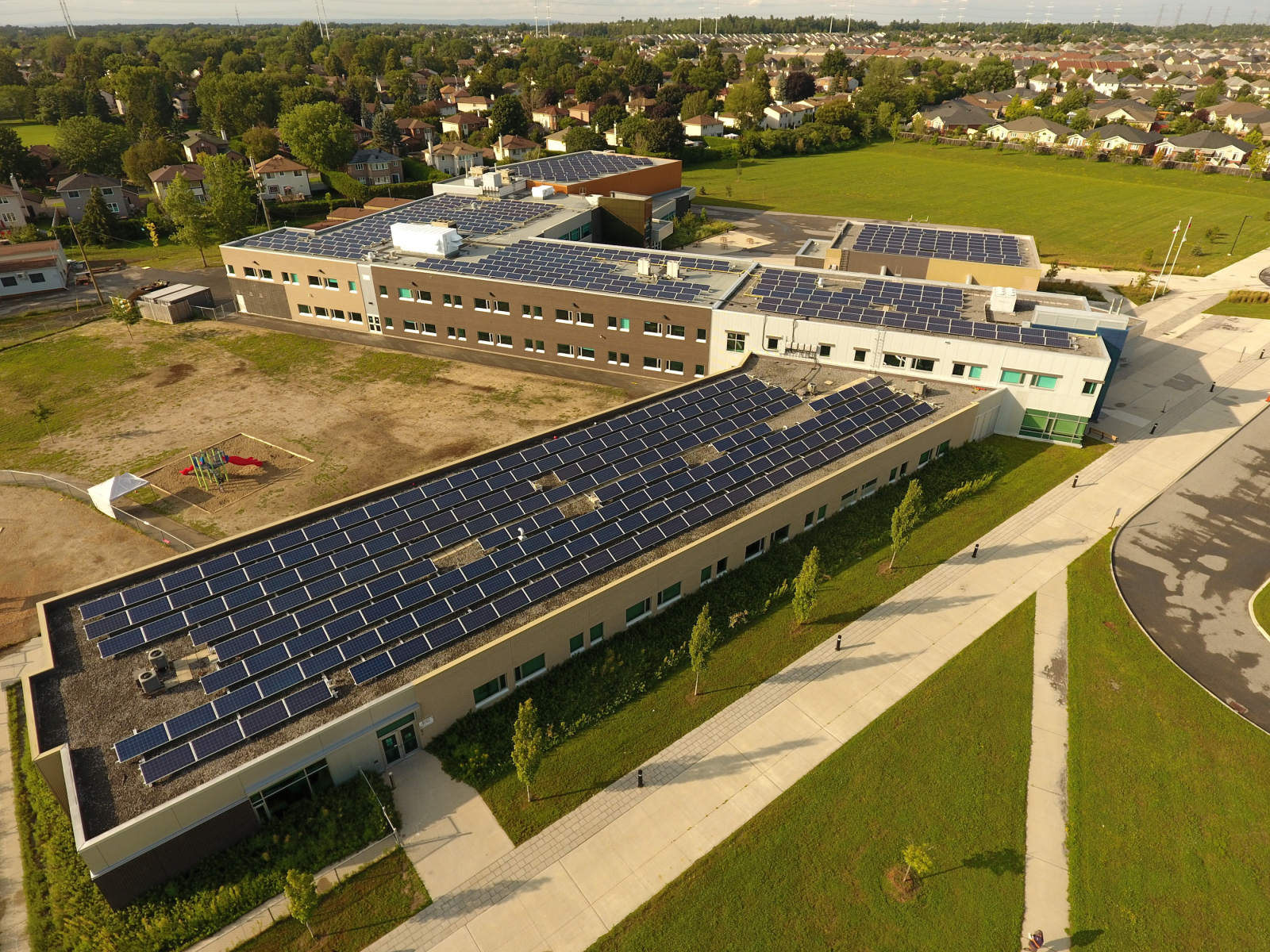 A solar project by iSolara at Maurice-Lapointe school in the Kanata area of Ottawa in August 2017. Photo by Alex Tétreault

As of last year, close to one thousand institutions with three per cent of global savings under management have engaged in some form of divestment from fossil fuels.

The caveat is that this will apply only to companies that are exclusively in the business of upstream oil and gas production and some coal sector investments. The GPGF is Norway’s sovereign fund derived from oil industry revenues to assure Norway has a steady source of revenues in the post-oil world.

Shell has expressed concern that the growing fossil fuel divestment movement could impact on the company’s performance.

Here in Canada, Export Development Canada has issued more than $2 billion in Green Bonds in the last half decade, however this option is only available to institutional investors. The Business Development Bank has a minimalist allotment in Budget 2017 through to fiscal year 2021-22 for clean technologies without opportunities to Canadian citizens to enhance the BDC clean tech activity.

Should a Canadian citizen want to make investments which exclude the fossil fuel sector or divest from fossil fuels, and is inclined to give priority for Canadian companies, they appear to be out of luck.

The problem is that, although there are a wide variety of socially responsible investing (SRI) and environmental, social and governance (ESG) criteria funds in Canada, hardly any of these funds offer such a choice. And the options for priority for Canadian assets in this category are only slightly above zero.

A glance at the top ten investments of each SRI and ESG fund portfolio illustrates the problem. Typically, the portfolios of these funds include investments in one or more other financial institutions. This means that while one is investing in an “ethical fund” the third-party investors among the top holdings of a given portfolio are free to invest your money in anything they want, contrary to the good intentions of a purchaser of this stake in the fund.

To illustrate, should one want to give priority to placing one’s “ethical” money in Canada, there is the IA Clarington Inhance Canadian Equity SRI Class. The top 10 holdings for this portfolio include RBC; TD Bank; CIBC and the Scotia Bank. All of these banks are among the top 10 banks listed in the US as those that most heavily invest in fossil fuels. RBC tops the list for tar sands development. MORE